Standing ovation for Stefansson, Baeringsson as they reach final curtain with Iceland

REYKJAVIK (Iceland) - Both Iceland and Portugal were already eliminated, but there were reasons for celebration in Reykjavik, as two of their legends signed off in a 91-67 win over Portugal.

Turning Point: With news of Jon Arnor Stefansson and Hlynur Baeringsson retiring from the national team, Iceland were charging straight from the starting blocks, getting an 11-point lead after the first quarter. It was never put in doubt after that.

Stats Don't Lie: 125 and 100. Hlynur was the team captain for most of his 20 years with the national team, and the game against Portugal was his 125th in his most favorite jersey. As for Stefansson, he is considered to be the greatest Icelandic player of all time, and his 100th game for Iceland is also his last. Both of the players were born in 1982 and joined the national team in 1999.

Game Heroes: Stefansson had 17 points in 22 minutes, knocking down 5-of-6 from beyond the arc. Baeringsson scored 7 points, and grabbed a game-high 12 rebounds. It got emotional in Reykjavik just before the final buzzer, as Jon and Hlynur received one last standing ovation from the packed stands.

They Said:  "I thought we played with a lot of energy today and that is something we need to do every game. We played great offensively with some good flow and especially in the first half. We got a lot of contribution from a lot of different guys. It was nice to see Jon Arnor and Hlynur play so well in their last game with the national team. It was a good way for them to go out. For them personally for playing well and for the team playing well and getting the win. It's a great feeling because so many things went right today with regards of the importance of saying goodbye to them from the national team. Great atmosphere, great crowd, enthusiasm from the crowd and the players. It was a great evening." - Craig Pedersen, Iceland head coach

"The farewell game here today was something special and it gave us something extra and special for the night. We wanted to give them a good game, Jon and Hlynur. They had such a big impact on the national team and change the attitude and culture and they deserved a one heck of a game and the boys delivered. We started off hot and made a lot of good shots and then our defense followed. Somehow we never stopped and never game them a chance to get into the game. It was a good win and will give us a lot in the future." - Elvar Fridriksson, Iceland

"It was something that I expected but I wanted a little more from my team. But I knew it was going to be a very tough game. And even more tough with this atmosphere because of the retirements of Stefansson and Baeringsson. They have had a very great national team careers and I want to wish them all the best. Of course I am not happy because we lost. But it is hard to point to the players. We are in a difficult position. We have a lot of new guys that have little experience and are playing their first games and only having four days to prepare and it is difficult to do much better. We saw from the first minute that Iceland were much stronger than us in this moment and the game confirmed it. We can take something from this game and the other coach also so let's see what we can do next time we meet." - Mario Gomes, Portugal head coach

"It was a tough game tonight. They played hard and sometimes it was difficult because they pressed a lot. We meet Iceland again this summer and we have to learn something from this game. Their pressure is something we need to try to beat. They got to many good and open shots and that is something we need to defend against better." - Miguel Queiroz, Portugal 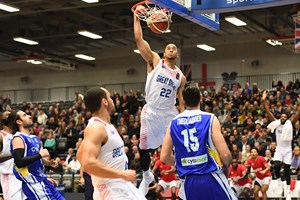 Great Britain rise above Cyprus, set up a crucial encounter with Austria

Last call for the Qualifiers: Can Austria and Sweden hold off challenges from Great Britain and Belarus? 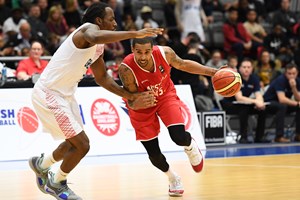