The 'Nati' will host the Portuguese at Saint-Leonard Hall in Fribourg on August 3 and one week later face Iceland in Reykjavik. On August 14, the Swiss will be in Sinese, Portugal, to take on the Portuguese and they'll wrap up their summer program on August 21 at home in the Pierrier Hall in Claren against Iceland.

“SWISS BASKETBALL HAS MADE TREMENDOUS PROGRESS IN ALL AREAS IN RECENT YEARS AND I MUST SAY THE RETURN TO THE NATIONAL TEAM FILLS ME UP WITH JOY."- Capela

Houston Rockets star Capela, with several years of NBA basketball under his belt, will be the star attraction.

"At the Federation, we get up at night, me being the first one, to see him play. This time around, we will see him up close on the Swiss hardwood. I thank Clint and his entourage."

In their preparations for this summer's games, the Swiss will play in Trento, Italy, against Italy, Romania and Cote d'Ivoire. Both Italy and Cote d'Ivoire will be warming up for the FIBA Basketball World Cup.

"I am delighted to come back to the Swiss team, a country that is dear to my heart," Capela, 25, said. "Swiss Basketball has made tremendous progress in all areas in recent years and I must say the return to the national team fills me up with joy. I thank the President for his confidence."

Capela played for Switzerland's youth teams and he also competed with the senior national team in FIBA EuroBasket 2015 qualifying.

Switzerland are looking to make it to the FIBA EuroBasket for the first time in the modern era. They competed in the European Championship in 1951, 1953 and 1955. 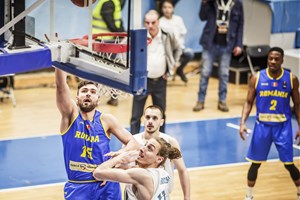 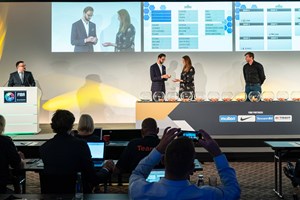