MUNICH (Germany) - With every point being so vitally important in Group H, Portugal have taken a huge step towards the FIBA EuroBasket 2021 Qualifiers with a 16-point win over Switzerland to climb to 2-1 and take the lead in the group with two game days remaining.

The Swiss came into the game with a five-point advantage from their first meeting, but saw it vanish in Portugal, with the hosts winning the reverse fixture 84-68, which could be helpful in any kind of a tie at the end of the Third Round.

Miguel Cardoso, Pedro Bastos and Jeremiah Wilson created the three-headed monster for the home team, combining for 48 points, with Cardoso dishing out 8 assists on the day.

It was all about @fpbasquetebol 🇵🇹 tonight as they double their win tally in Group H of the #EuroBasket 2021 Pre-Qualifiers 💪. pic.twitter.com/C2HqrlqJHa

Clint Capela had a 13-point, 11-rebound double-double, but Switzerland now have a mountain to climb in this group. They need Iceland to defeat Portugal in the next game day, and then still need to take down Iceland themselves on the last game day in Montreaux to have a chance of winning the group to advance to the FIBA EuroBasket 2021 Qualifiers.

In Group G, Kosovo stayed alive with a 109-88 win over Luxembourg. Dardan Berisha knocked down seven three-pointers to finish with 32 points in 34 minutes, also adding 8 assists and 4 steals to lead Damir Mulaomerovic's squad to their first win.

The fact that Luxembourg and Kosovo are now tied at 1-2 in the group will make Great Britain the happiest of the three - GB are at 2-0, they got a lot closer to winning the group on Wednesday, despite not even playing a game.

Meanwhile, Slovakia defeated Cyprus 83-79 away from home to send the island nation to 0-3 in Group F without a chance of advancing. Slovakia are now at 2-1 after Vladimir Brodziansky's 13 points, 11 rebounds and 6 assists in Nicosia; they will battle the 2-0 Romania for the top spot.

"It was a big win for us because now we still have a chance to qualify. The preparation from the coaching side was really good," Michal Batka said, giving credit to Slovakia head coach Zan Tabak and his staff for keeping the nation alive.

In Group E, Maksim Salash needed just 17 minutes of playing time to put up 21 points, 4 rebounds, 4 assists, 2 steals and 2 blocks into the boxscore, leading Belarus to a comfy 97-66 win over Albania. Albania dropped to 0-3 and cannot advance anymore, while Belarus now need to defeat Denmark by 4 or more points in Copenhagen to claim the tiebreaker at the top for good.

"While preparing for today's game, to be honest, we were more concentrated on the future game against Denmark, that will be the decisive one. I'm sure we will show our character and willingness to fight and get a decent result," Roman Rubinshteyn admitted after his 12-point, 10-rebound double-double for Belarus.

Denmark and Belarus will open up proceedings on Saturday, with Romania and Cyprus, Iceland and Portugal, Great Britain and Kosovo also in action in their respective groups this weekend. 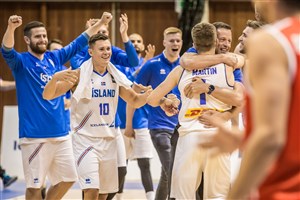 Which four teams can clinch Qualifiers berths on Saturday? 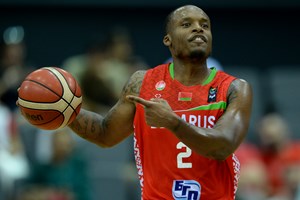