PRISHTINA (Kosovo) - Kosovo were in the mood to finish the campaign on a winning note, but Emanuel Cate and Romania had other ideas, escaping Prishtina with a 79-75 win. Both teams were already eliminated.

Turning Point: Giordan Watson was feeling it from beyond the arc, and his fourth triple of the night was to beat the shot clock buzzer from way beyond the three-point line, to give Romania a four-point lead with 90 seconds to play. Kosovo were a step behind the rest of the way, but coach Damir Mulaomerovic had a chance to draw up a play to send it to overtime.

That's where Emanuel Cate read the play perfectly, stealing the ball in front of Lis Shoshi, and dunking it home to secure a win for Romania.

Stats Don't Lie: Kosovo finished the game shooting 39 percent from the field. Romania were at 47 percent, good enough to survive the pressure from the packed stands.

Game Hero: Watson scored 23 points, but Cate's heroics get him the game honors, as the big guy finished with a 14-point, 10-rebound double-double.

They Said: "I am very proud of my team because playing against Kosovo is not easy at all especially in their home court. We have a young team and the results they are making are satisfying. We were fighting all 40 minutes and I believe that's why we came up with positive results." - Tudor Costescu, Romania head coach

"I am very happy that we won this game. I think that we deserved it because we put a lot of effort from the very beginning and we took advantage of the mistakes our opponents made." - Mirel Dragoste, Romania

"This game was a big disappointment for me. First of all, Dardan Berisha's absence last few minutes cost us a lot, and we can notice how important he is for our team, but still some players need to step up and take responsibility. I think that at the end, we weren't brave and concentrated enough, and that's why we lost the game." - Damir Mulaomerovic, Kosovo head coach

"I am very sad and disappointed because of our loss. I think that the reason why we lost was because at the end we didn't play with whole heart and we had lack of concentration." - Mikaile Tmusic, Kosovo 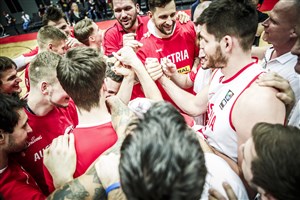 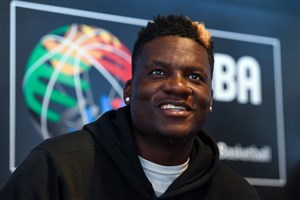