MUNICH (Germany) - Big stars. Big performances. Big numbers. All were a constant theme at FIBA EuroBasket 2022 and it's time to reflect on the tournament's stats leaders.

The previous check-in was following the conclusion of the Group Phase and there was more of the same in terms of top displays during an exciting Knockout Phase in Berlin. 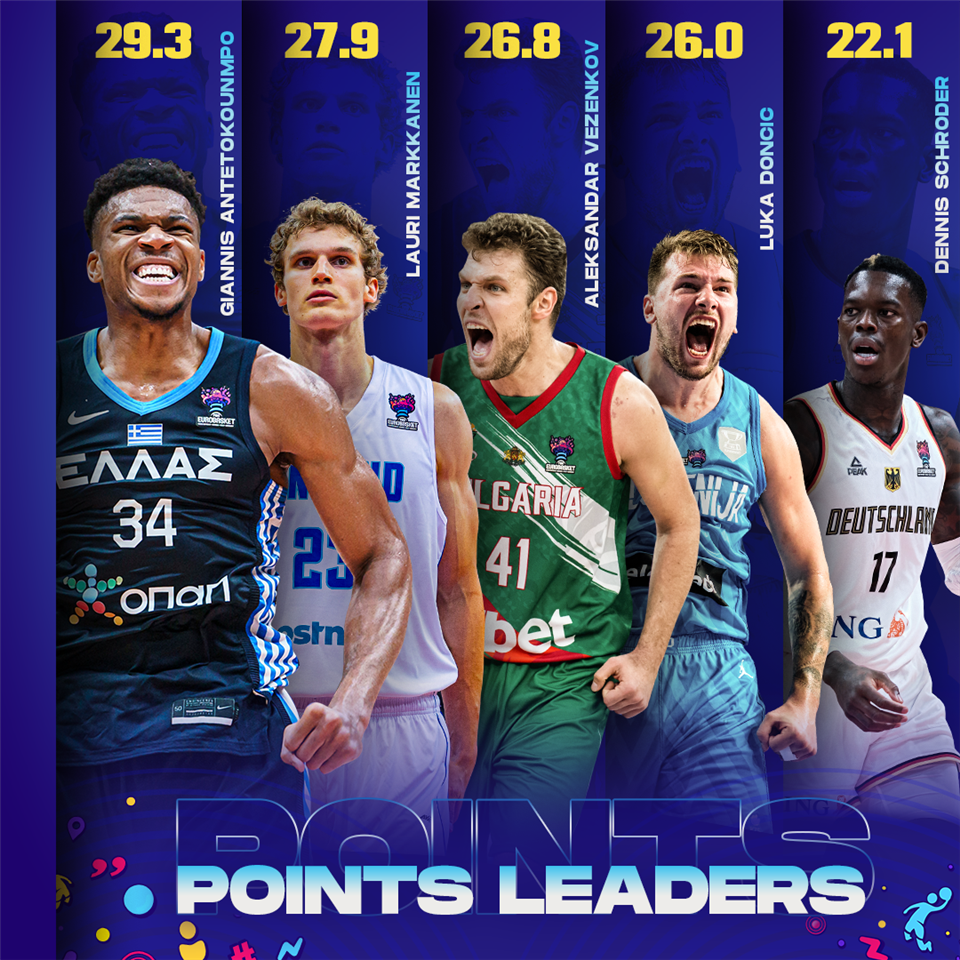 Giannis Antetokounmpo held onto top spot in the scoring charts with just under 30 points per game for the tournament. Finland's Lauri Markkanen rose to second after an explosive 43-point performance in the Round of 16 with Dennis Schroder climbing into the top five after leading Germany to a bronze medal with 25+ points in their last three outings. 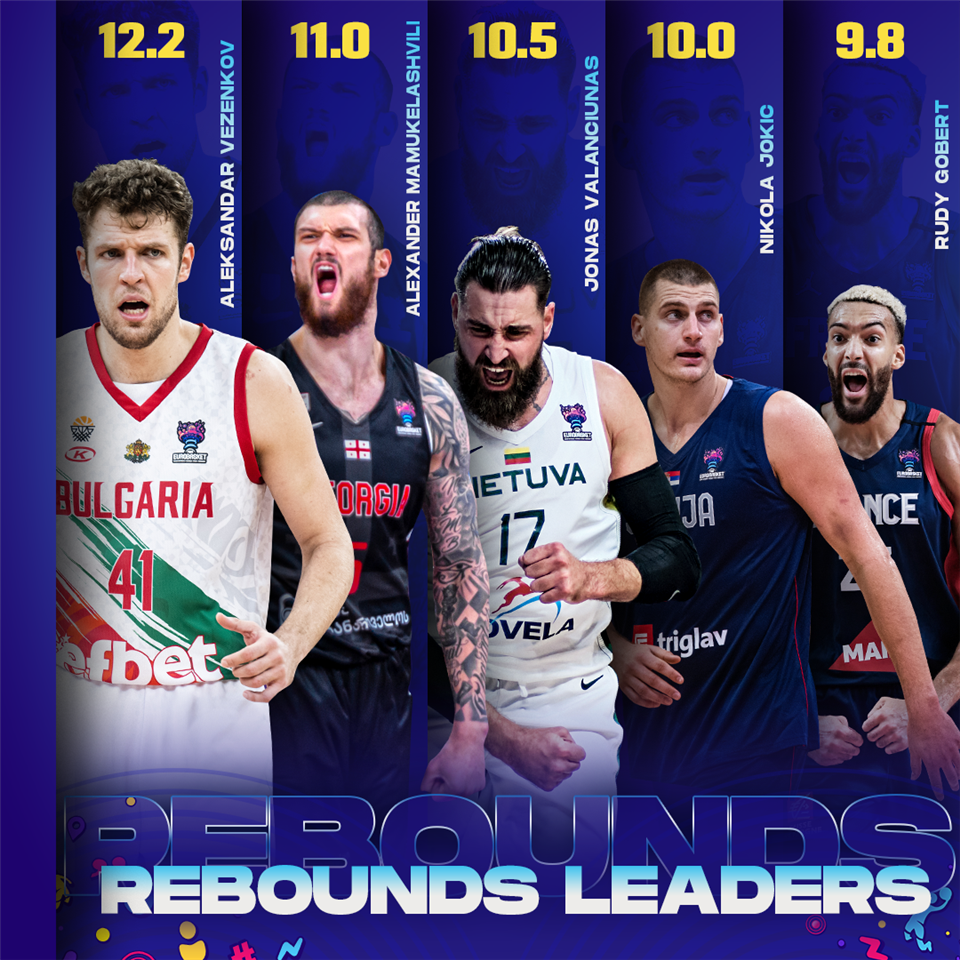 Aleksandar Vezenkov did not make it to Berlin with Bulgaria, but his 12.2 boards per game from the Group Phase were enough to hang on to first place in the rebounding averages. It was the same for Georgia's Alexander Mamukelashvili who moved up into second without playing, while Jonas Valanciunas and Nikola Jokic also maintained their double digits average. 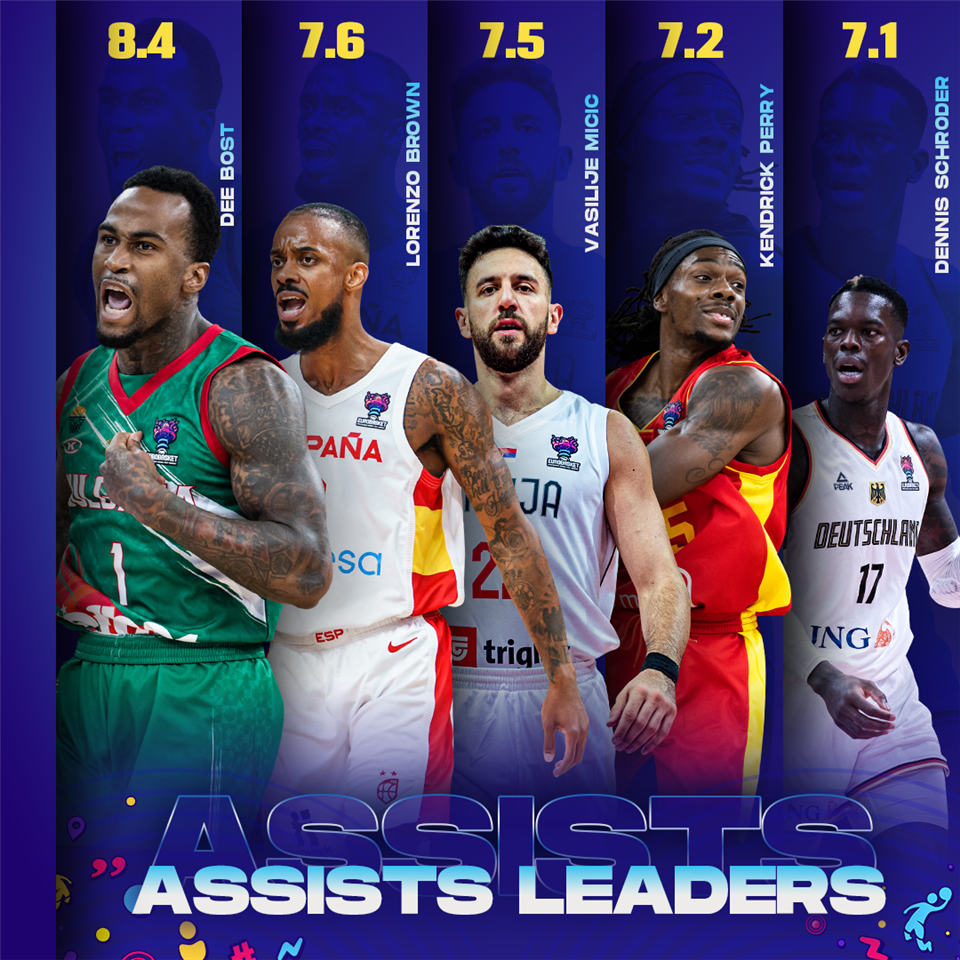 Another Bulgarian at the top of the stats category with Dee Bost leading the tournament in assists after dishing out 8.4 per game in the Group Phase. Lorenzo Brown handed out 11 assists in the Final for Spain and jumped up into second spot, ahead of Serbia's Vasilije Micic, while Dennis Schroder rounds out the top five behind Kendrick Perry. 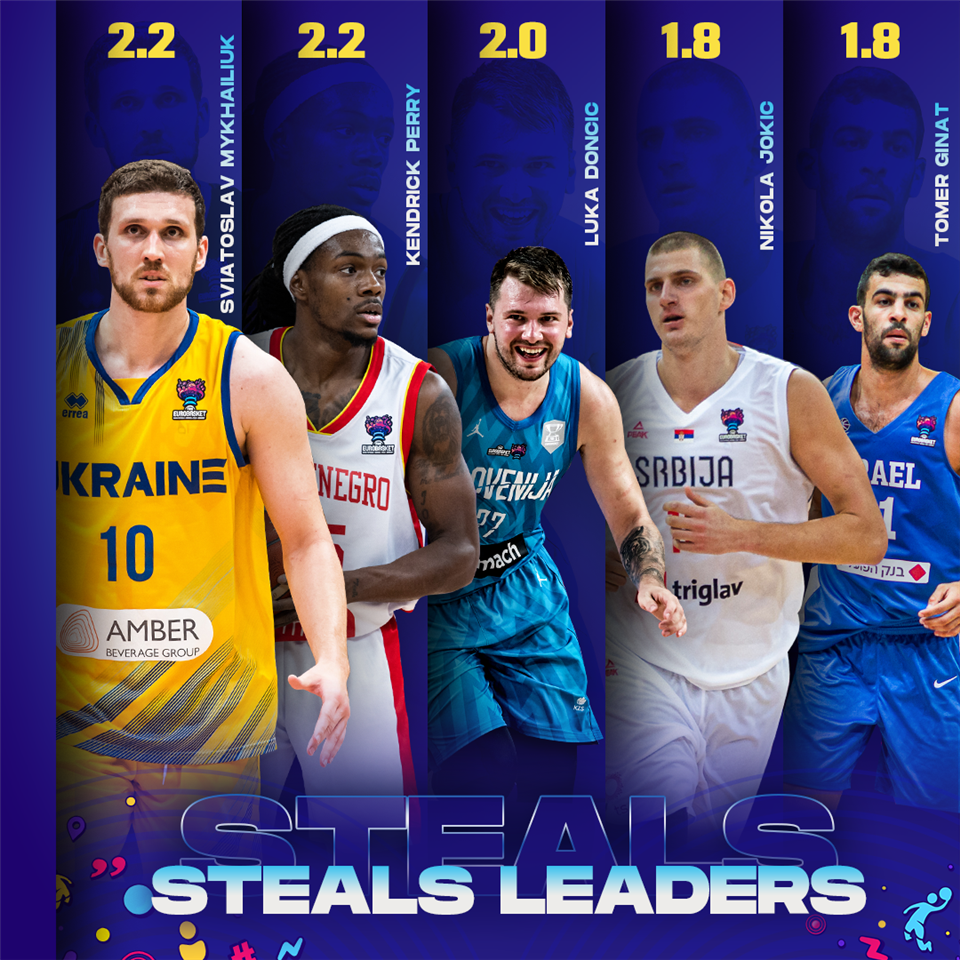 Svi Mykhailiuk and Kendrick Perry could not be separated in the steals department with 13 apiece at 2.2 per game with Slovenia's Luka Doncic also making it to at least 2 steals per game. Big men Nikola Jokic of Serbia and Israel's Tomer Ginat complete the top five with both finishing the tournament with 1.8 steals per outing. 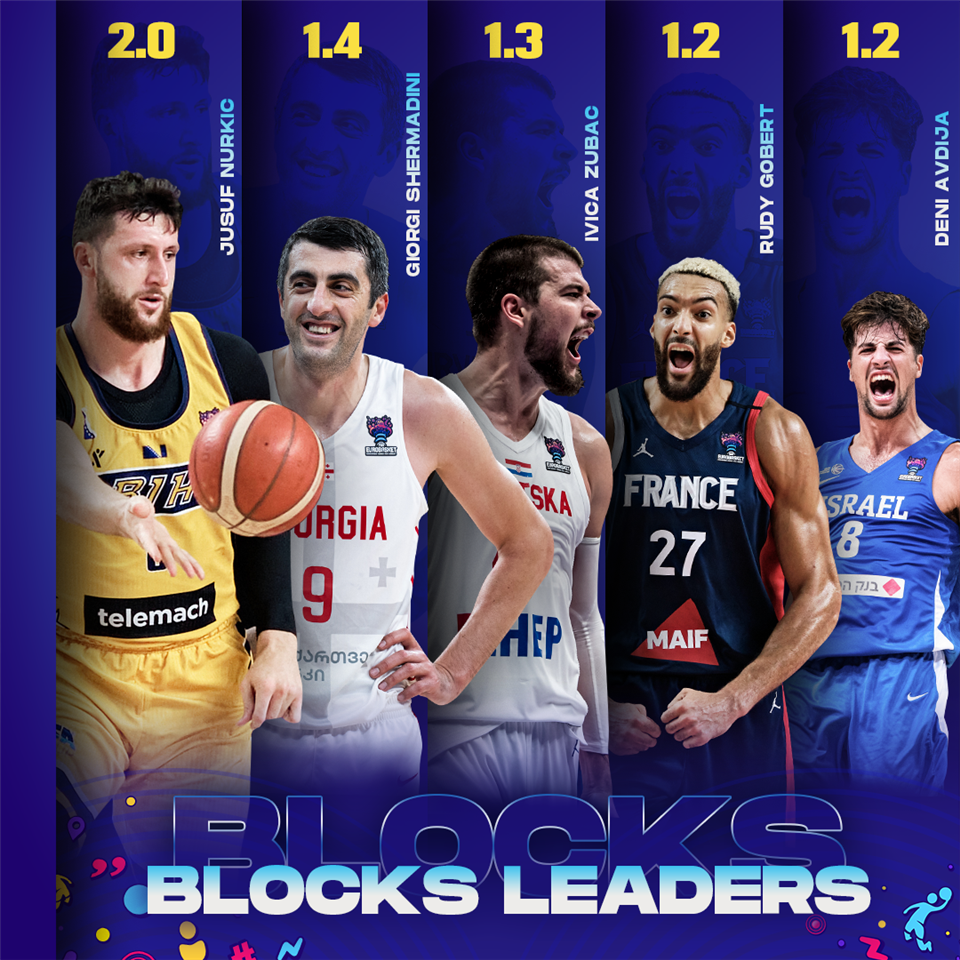 Bosnia and Herzegovina's Jusuf Nurkic remained top of the blocks after producing 2.0 rejections per game during the Group Phase. Giorgi Shermadini was a distant second for Georgia, just ahead of Croatia's Ivica Zubac. Silver medalist Rudy Gobert had 1.2 blocks per game alongside Deni Avdija of Israel. 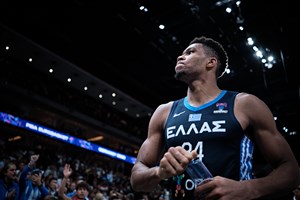 By the numbers: The stats and facts from FIBA EuroBasket 2022