Fournier: ''The goal is to win EuroBasket and keep winning again and again''

PARIS (France) - Evan Fournier only has one thing on his mind when it comes to FIBA EuroBasket 2022: winning.

France have been perennial medal winners in international tournaments in recent years, but have not stood on the top step of a podium since being crowned European champions back in 2013.

They are well regarded amongst the favorites for the title later this year following their exploits at the Tokyo Olympics last summer when Fournier was part of the squad that achieved a silver medal.

"THAT'S ONE OF THE GOALS I HAVE AND I WANT TO BRING SO MANY GOLD MEDALS AND TITLES BACK HOME." 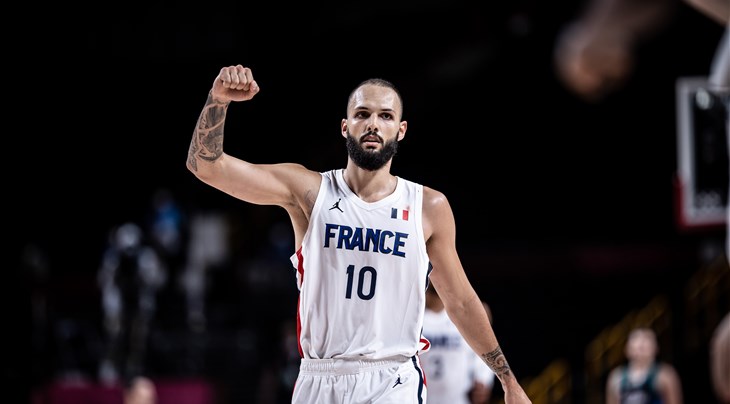 And, there is no doubting his motivation to go that step further.

"I am so hungry for this, like so hungry," he told FIBA.basketball. "That's one of the goals I have in my career and I want to bring so many gold medals and titles back home, you can't even imagine. When you play for your country, you compete at your best level and you want to bring joy to the fans and to your team.

"Last summer was very nice to win a silver medal, but I also think about the joy that it would be to win a title and to get the gold medal. It's the 'summum', the cherry on top of the cake. I am 29 years old, and I want to experience this multiple times before the end of my career. That's also why I come every summer to play for the national team."

Fournier has played through the highs and lows with France with consistent dedication in pursuit of achieving the highest honors with the national team having been yet to experience the feeling of a gold medal.

The New York Knicks guard was quick to confirm his indication to play at FIBA EuroBasket 2022 and will again take on the role as one of the team leaders, while Nando de Colo and Nicolas Batum have decided to miss out.

The strength in depth of French talent is what makes them one of the title favorites, and Fournier believes there will be players ready to step up to fill the void left by any absentees with the next generation lying in wait.

"We will have two leaders, two experienced guys that won't join us this summer, but we will find ways to compensate," he stated. "Rudy [Gobert] and myself will have leading roles, and we will have many young guys I think that are going to get an opportunity to help and show what they are capable of.

"Guys like Theo Maledon, Kilian Hayes and many more - our pool of players is pretty deep, and we will have talent in our final roster, I guarantee you. Someone like Timothe Luwawu-Cabarrot is going to probably be the natural replacement of Nico Batum.

"That is pretty exciting to see how the training camp is going to be, and I am sure that we will be very competitive on the first day of the competition." 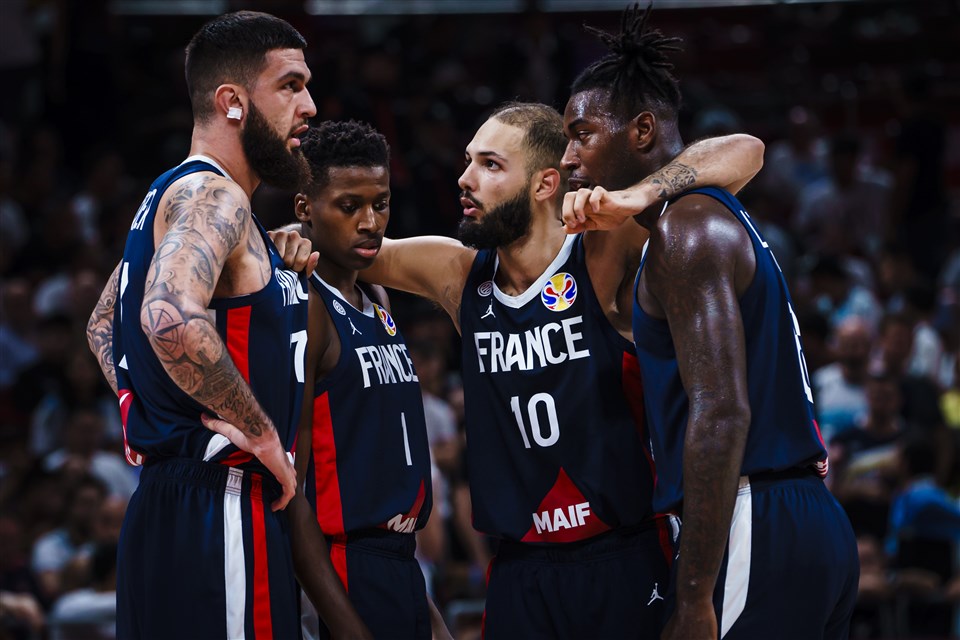 Fournier has previously spoken of his desire to win the EuroBasket title with the hope that the triumph could transcend into a golden period for France as they look to replicate the level of prolonged success enjoyed by Spain over the past decade.

This year's tournament is the first of three major events in the next three years - including the next Olympics on home soil - as Fournier targets making winning a recurring habit.

"WE WANT TO ACHIEVE GREAT THINGS AND PUT FRANCE IN THE HISTORY OF BASKETBALL FOR A VERY, VERY LONG TIME."- Fournier

"Winning medals and titles feels so good, and we want to surf on that wave for a long time," he reiterated. "The goal is to win EuroBasket this summer and to keep winning again and again, and to build a dynasty that is true.

"When I saw what Spain did for almost 15 years, it's incredible. We want to achieve great things and put France in the history of basketball for a very, very long time. We aren't afraid of anyone and we show that we are ambitious in every tournament we compete in.

"There is a great cycle with EuroBasket this year, FIBA Basketball World Cup next year and the 2024 Paris Olympics. We will compete for gold, and we will keep working hard in order to reach our goals and dreams with 'Les Bleus'."

Nothing will come easy, and France will be under no such allusions when they head to Cologne for the Group Phase of the tournament in what promises to be an exciting Group B. Slovenia, Lithuania, Bosnia and Herzegovina, Hungary and group hosts, Germany make up the opposition and will provide strong tests early on.

With only four teams advancing to Berlin for the knockout stages, there is little margin for error. France were knocked out by Germany in the Round of 16 stage at the 2017 edition of the competition and are set for an early reunion in front of what will be a packed home crowd.

"It's a very competitive group," said Fournier. "Every team is coming to go to the next round. The level at EuroBasket is very high now; there are no small teams, no teams that are coming to compete without the goal of winning games and going far in the tournament.

"Lithuania, Slovenia and Germany we play pretty often against them, and there are always very tough games. We can't forget Germany play at home, so the crowd is going to be their sixth man, but I am also sure that a lot of French fans are going to come support us throughout the tournament. 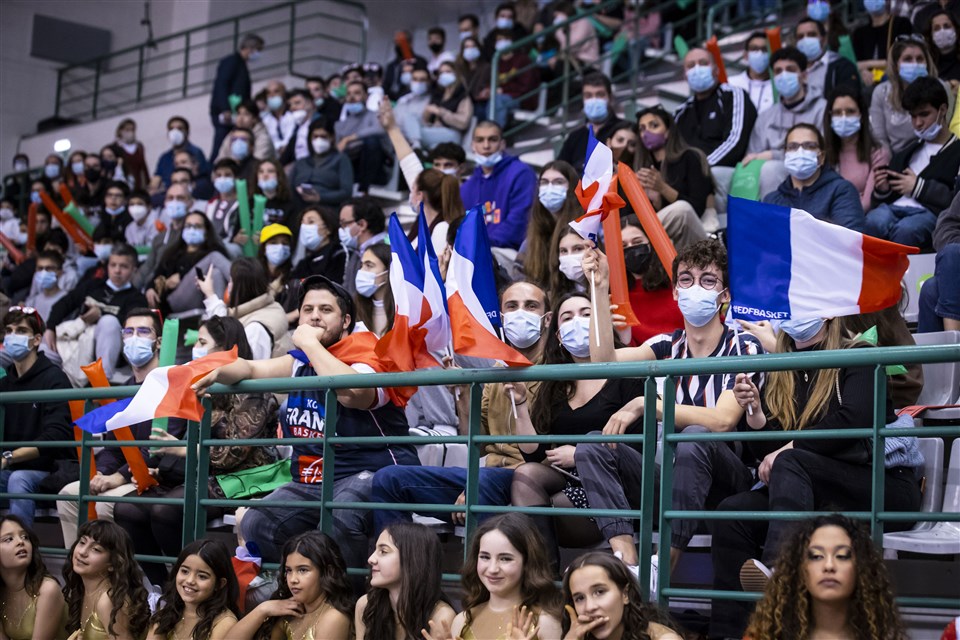 "The first step is to get a perfect group stage, and be at 100 percent ready for the knockout rounds. By having a great first round, you set the tone for the rest of the tournament."

Fournier is ready, and you can be sure the French star will give everything in pursuit of that elusive gold medal. 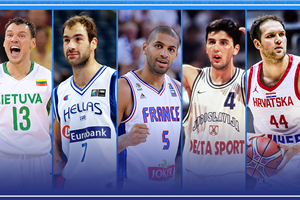 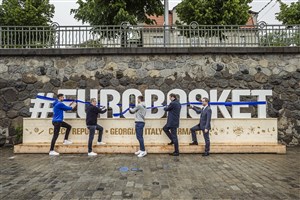 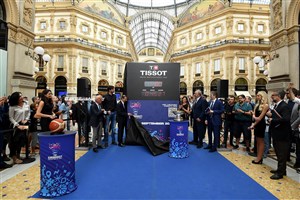 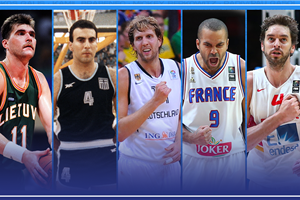