MUNICH (Germany) - Evan Fournier is targeting FIBA EuroBasket 2022 glory as a springboard for France to establish a period of dominance at international level.

France finished as silver medalists at the Tokyo 2020 Olympics earlier this summer to follow on from a third-placed finish at the FIBA Basketball World Cup 2019 in China having beaten world number one ranked USA at both major tournaments.

However, their lone triumph remains their EuroBasket success in 2013 - led by MVP Tony Parker - and Fournier has a clear vision for the future in France becoming a powerhouse and enjoying the levels of success seen by rivals Spain.

"We have to promote our sport culture, stop being afraid of being ambitious. I want this to change and our team can do it. We are not afraid of anyone. My vision is to become as dominant as Spain has been in the last 15 years," Fournier said, via L'Equipe.

"Tokyo is just our first Final. I want to win EuroBasket 2022. This is not the time to stop. We have the opportunity to build a dynasty. This team must grow every summer, relive the same emotions, reactivate what has made possible our success in Tokyo: putting aside the ego, fighting for each other, having this winning mentality. And starting over every year.

"It is an opportunity for our sport, but also something that can go beyond basketball, help sport in France. We can set an example for an entire generation," Fournier added.

The New York Knicks guard has repeatedly stated his willingness to suit up for the national team every summer, and adding to his medal collection with Les Bleus.

Fournier won bronze with France at the 2014 FIBA Basketball World Cup in Spain and then again at FIBA EuroBasket 2015, in front of a home crowd in Lille. He added a third bronze medal to his silverware collection at the 2019 World Cup in. China.

France begin their FIBA EuroBasket 2022 campaign against Group B hosts, Germany, in Cologne before taking on Lithuania, Hungary, Bosnia and Herzegovina and Slovenia to complete the opening phase. 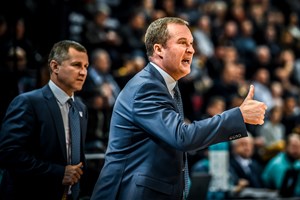 New faces at the helm of Germany, Israel and Lithuania 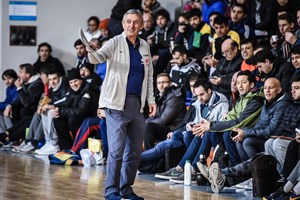 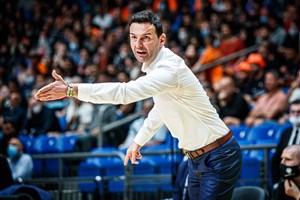