MIES (Switzerland) - The 2020 3x3 season was short but sweet. We may not have seen all of the stars we are used to watching but it’s a new year and we’re ready to return to the court. A new year also means the return of many 3x3 stars, including established World Tour winners and exciting up-and-comers. Let’s take a look at 10 men’s players we can’t wait to see a return to the court.

Hummel, a member of Princeton, is back on the court in 2021. The World Cup 2019 MVP was runner-up at the World Tour Utsunomiya Final 2019 , and while his teammates did return to the 2020 World Tour, without their talisman, Princeton lacked the firepower to rise above the game’s best. He’s never won a World Tour event, but the former NBA player returns alongside Kareem Maddox for a dynamic duo capable of going all the way in 2021.

Ulaanbaatar could have used sharp shooting from Anand Ariunbold in 2020. He helped the team earn a fourth-place finish at the Los Angeles Masters 2019, followed by giving defenders brain freeze with his ice-cold two-pointers at the U23 World Cup later that year. He’s ready to make moves in 2021, coming off of a Mongolia 3x3 League win last season. Will he help Mongolia reach their Olympic dreams?

Since joining 3x3 in 2017, Steve Sir has played in a staggering 15 World Tour events. The man with the best 3pt shooting percentage in NCAA history won the Nanjing Masters 2019 with Edmonton, his first World Tour win. He holds the all-time records for most points at our shoot-out contest and has not missed a shot on Instagram since 2018.

Rivero broke out at the U23 World Cup 2018, helping the Philippines finish 9th and showing a sick ridiculous Eurostep package.  The man is 3x3 through and through. He made his first appearance in the format in 2015 and is one of the most talented up-and-coming players in the country.

The man has been balling on the World Tour since 2012, playing in 9 different events. He's the number one player in Japan, ready to represent his country at the Tokyo Olympics, on his home turf. Ochiai, aka 'Worm' is tough like his namesake nickname, but can ball like Mike. The lefty is hoping to lead Team Tokyo back to the World Tour this year and get his first trip to the winner's circle.

Dylan Van Eyck (Netherlands) – No. 5 ranked players in the Netherlands

He was the top-scorer at the FIBA U23 World Cup 2019 leading the Netherlands to fourth place and giving us a preview of just how good this kid can be. Van Eyck has his sights set on being one of the best players in 3x3 and looks up to Dusan Bulut for inspiration. The guy plays with passion and purpose, dunking down on his opponents' heads and swatting away their shots back to where they came from.

Heading into 2021, it will be interesting to see where his basketball journey takes him. Will he join fellow Dutchmen Dimeo van der Horst and Amsterdam as they begin the year as the number 7 ranked team in the world? Will he start his own team with his U23 World Cup alumni?

Not everything was lost in 2020, just ask Minsu Park. The South Korean was perfect last year, winning every single event he entered. He made his last appearance on the World Tour in 2018 with Gangnam, swishing and dishing, and breaking so many ankles we needed to keep the medics on the court.

The 20-year-old has already gotten a gold medal on his trophy shelf and he's looking for more. De la Fuente won the 2018 Youth Olympic Games and with moves like Messi the sky is the limit. He was a leader at the U23 World Cup 2019 , hitting a Tissot Buzzer beater in his first win-or-go-home game. If the Argentine can make his way to the World Tour, watch out because the man looks up to 'Mr. Bullutproof' and has the swag to replicate some of his finest highlights.

There aren't many players that are more fun on the court than Michael Hicks. Not only has he been playing 3x3 since 2013 but the man can talk trash as hard as he balls. Hicks, aka 'Money in the bank' never needs the backboard, but he's always making his opponents pay. There's nothing more fun than watching him stare down his defender, get in his bag, and make it rain. The World Tour 2021 can't come soon enough.

The man is one of the next great players who's ready to make the leap. Repping the red, white, and blue of France, he's already won gold at the 2019 World Urban games while finishing fourth with Paris Next Generation at the 2020 French Open. We hope that he makes it to the World Tour 2021 so he can challenge our Schelde baskets a little. 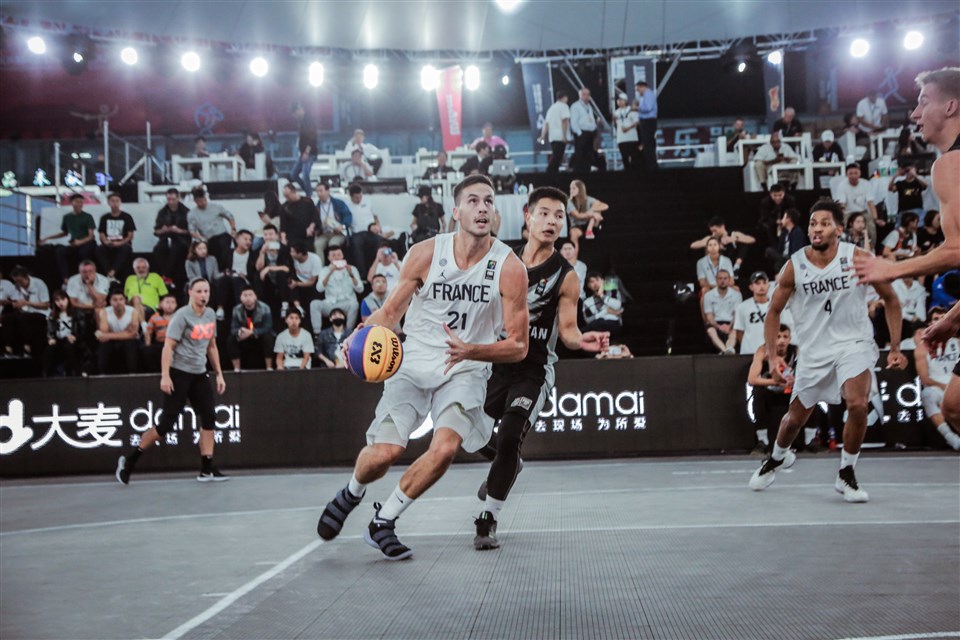 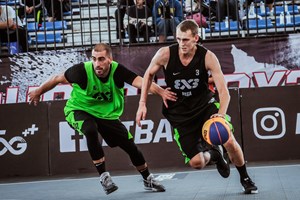 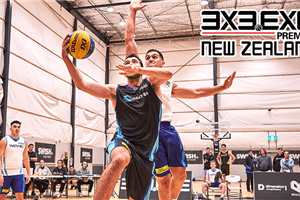 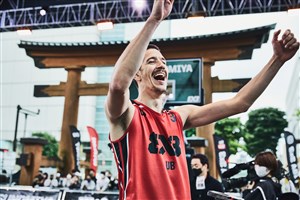 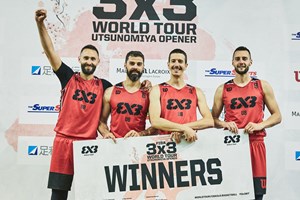