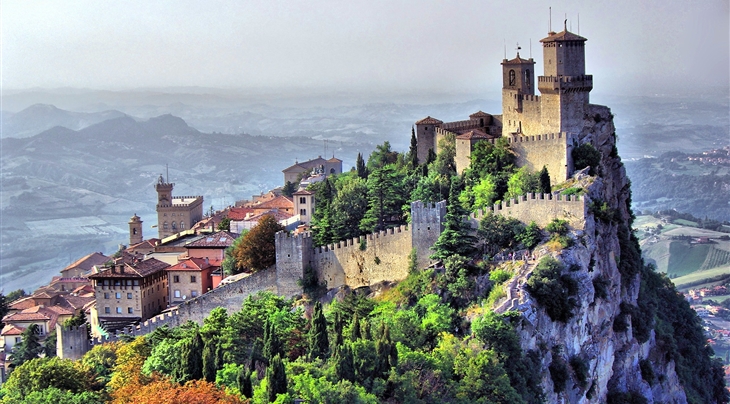 In the Republic of San Marino, the veneration of the Saint who, according to the legend, founded the Republic, is extremely deep-rooted and widespread. The legend tells how this master stone-cutter left his native island of Arbe in Dalmatia and came to Mount Titano to establish a small community of Christians anxious to escape the persecutions of emperor Diocletian. In 301 A.D., the first community from which the Republic of San Marino originated, formed.

First evidence of the indipendence of San Marino
What is certain is that the area had been inhabited since prehistoric times, but the first document confirming the existence of an organised community on Mount Titano is the Placito Feretrano, a parchment dating back to 885 d.c., preserved in the State Archives.

Firsts statutes and laws of San Marino
At a time when the authority of the Empire was waning and the temporal power of the Pope had not yet been established, the local population, like those of several other Italian city states, decided to give themselves some form of government. Hence a free city was born. The small community on Mount Titano, in memory of the legendary figure of Marinus, the stone-cutter, called itself "Land of San Marino", later "Free city of San Marino" and finally "Republic of San Marino".  Government was entrusted to an assembly of the heads of families called the "Arengo" presided over by a Rector.
As the community grew, a Captain Defender was appointed to share the responsibility of the executive with the Rector.
It was only in 1243 that the first two Consuls, the Captains Regent, were elected to office for a period of six months; a twice-yearly appointment made regularly since then right up to now, thereby confirming the efficiency of the institutions.
Always anxious to promote peaceful relations and goodwill, the Arengo drew up and promulgated the first laws, the Statutes, inspired by the principles of democracy. Even though in 1253 there are evidences about the existence of the firsts Statutes, in 1295 the first set of laws is available in the Republic of San Marino. 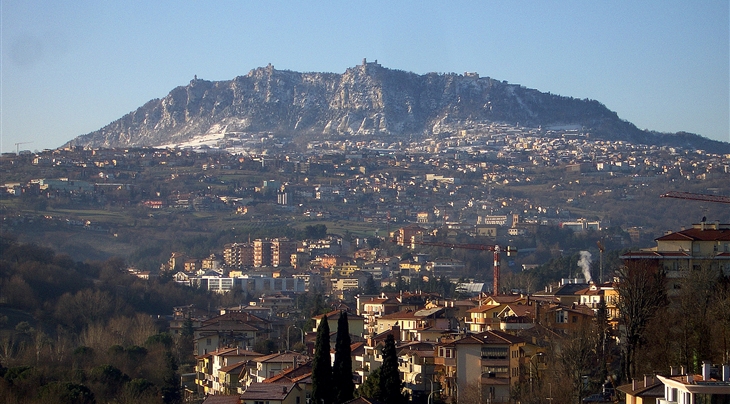 Autonomy of San Marino
Thanks to the wisdom which inspired the ancient free city of San Marino, the community was able to overcome perilous situations and consolidate its independence.
The events of history were complicated and their outcomes often uncertain, but the love of freedom enabled the free city to maintain its liberty.
The Republic of San Marino was twice occupied by military forces, but only for a few months at a time: in 1503 by Cesare Borgia, known as Valentino, and in 1739 by Cardinal Giulio Alberoni. Freedom from Borgia came after the tyrant died, while in the case of Cardinal Alberoni, civil disobedience was used to protest against this abuse of power and clandestine messages were sent to obtain justice from the Pope who recognised San Marino’s rights and restored independence.

Napoleon Bonaparte payed homage to San Marino
In 1797, Napoleon offered gifts and friendship to San Marino and also the extension of its territorial boundaries. The people of San Marino were very grateful and honoured by such generosity, but refused with instinctive wisdom to enlarge their territory, satisfied as they were with their "status quo". 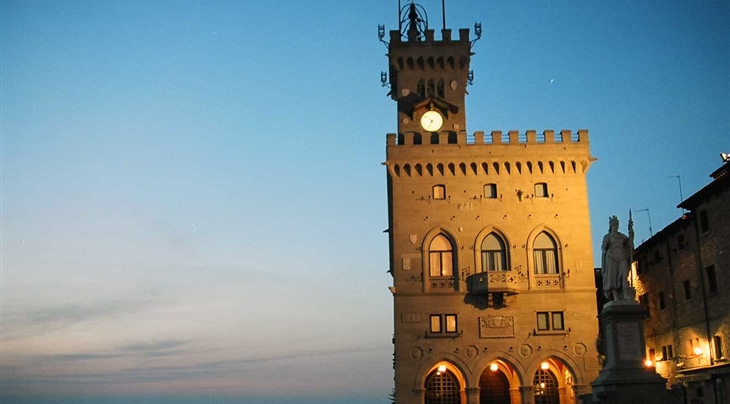 Garibaldi's episode
In 1849, when Giuseppe Garibaldi was surrounded by three enemy armies after the fall of the Roman Republic, he found unexpected safety for himself and his surviving companions in San Marino.

American President Abraham Lincoln honorary citizen
In the year 1861, Abraham Lincoln showed his friendship and admiration for San Marino when he wrote among other things to the Captains Regent: "Although your dominion is small, nevertheless your State is one of the most honoured throughout history."

Neutrality of San Marino during the Second World War
San Marino boasts an exceptional tradition of hospitality. This free country has never refused asylum or help to those persecuted by misfortune or tyranny, whatever their condition or ideas. During the last World War, San Marino was neutral, and even though its population was made up of only 15,000 inhabitants, it gave shelter and asylum to 100,000 evacuees coming from the surrounding areas of Italy which were being bombed.