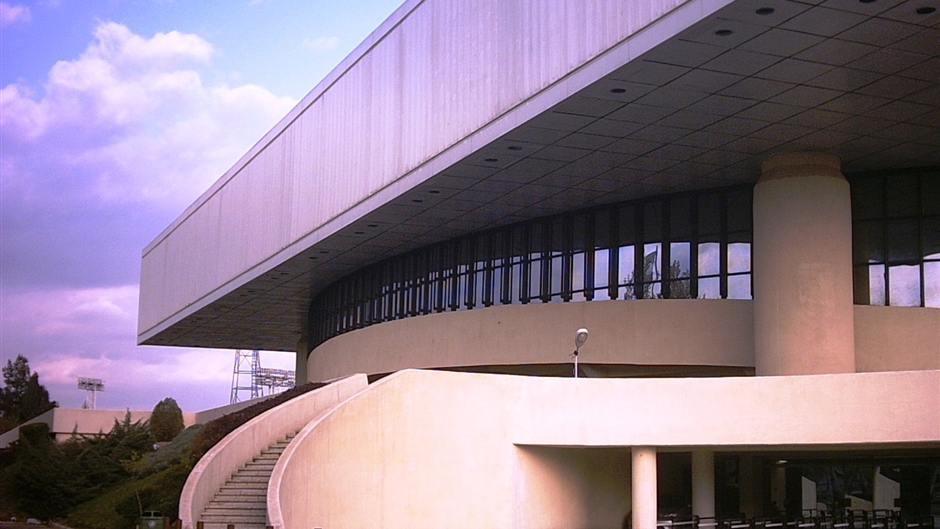 The 2016 FIBA Asia Challenge will be held in the Twelve Thousand People Sport Hall, located in the north & south of the main street of the Azadi Sport Complex.

This hall and swimming halls are made under a similar architecture but each place has its exclusive one.

Their flat ceilings are placed on four massive columns and inner architecture varies according to their capacity and the sports that are played there. Due to the designer principles there is a simple square flat ceiling.it is 110 meters in width and placed on four columns a diameter of 5.4 meters. The distance of the columns is 73 meters from one direction and 82 meters in the other direction.

The height of these columns is 22 meters from the field to the ceiling.

The foundations diameter of the columns is 8 meters and the outer diameter of the columns is 5.4 meter. The utilities and power of the halls are transferred from inside of the columns and are divided there. There are some corridors a width of 5.1 meters inside the ceilings for adjustment and maintenance of lights. The ceilings of these two buildings are designed and calculated according to the earthquake and wind load on them. Outer part of the ceiling is covered by enameled white aluminum. The medial of the last grandstand row and ceiling is equipped with special mirror glass by which the strong light cannot pass through and inside the building is not visible from outside.

If no festival or ceremony is held there, the hall will freeze and intend for figure skating games.