MIES (Switzerland) - The modern day power forward isn't just about size, athleticism, scoring in the low post and rebounding. Today, the power forward often a little bit of everything, like shooting three-pointers to spread the floor and also defending everyone, including those that spot up from the behind the arc.

Here are 10 to keep an eye on in the November window. 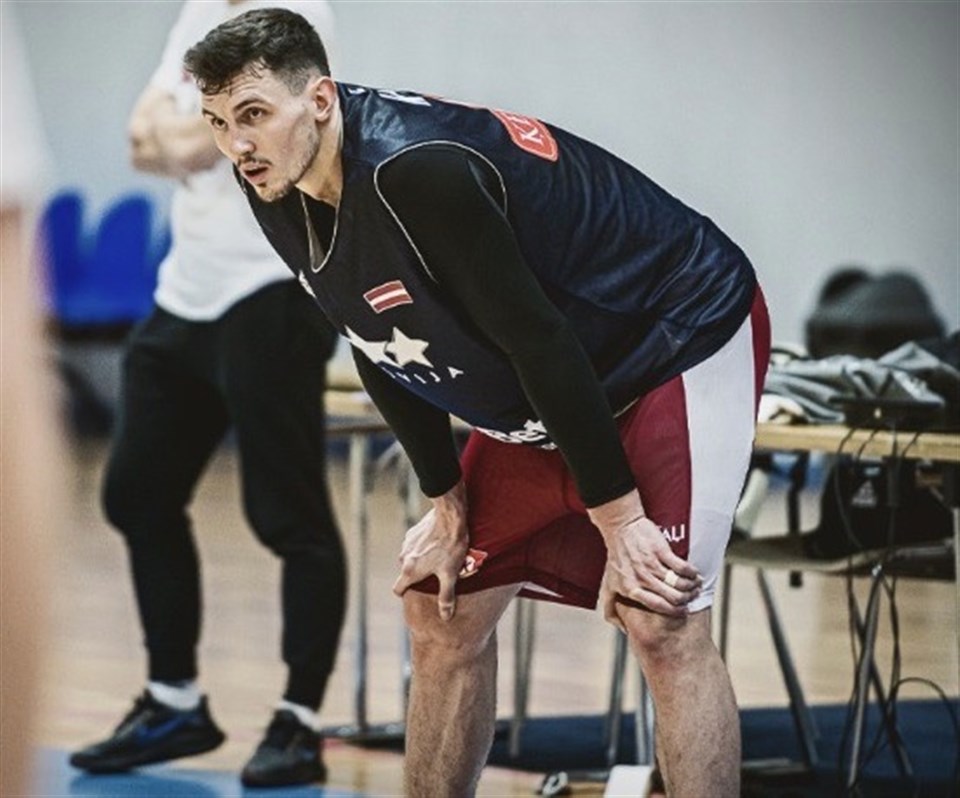 Size, length and versatility are words that have also accompanied the name of Kurucs, who stands 2.06m (6 ft 9in) tall and can play on the wing and also slot in at both forward spots. He's already played in the NBA and at 23 is scratching the surface of his potential. Latvia produce very talented players and Kurucs is certainly one of them. 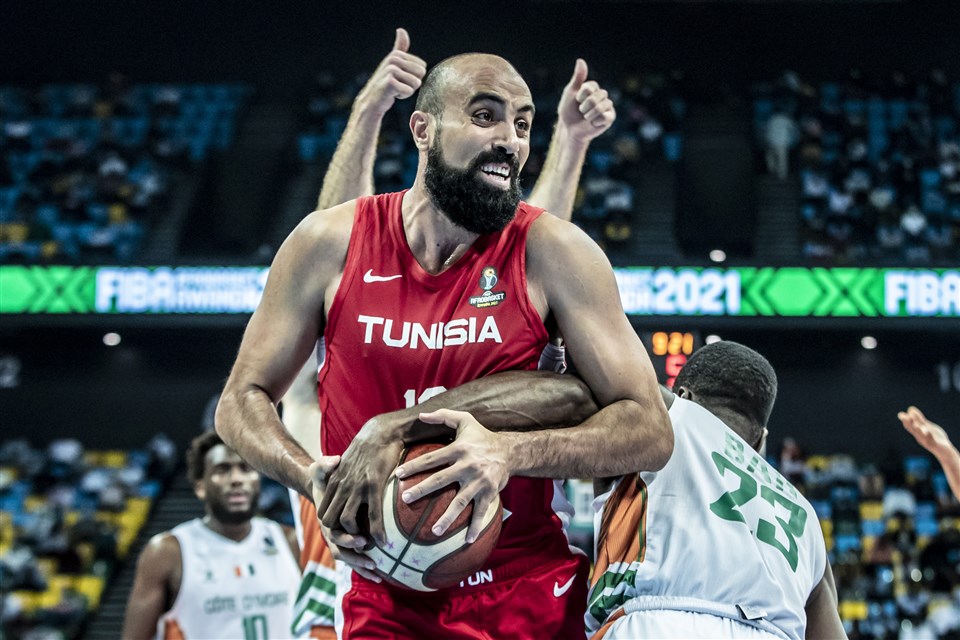 The 2.04m (6ft 8in) Rhomdane is already assured of going down as one of the all-time greats on the African continent, a three-time FIBA AfroBasket champion who pulled many of the strings in their latest triumph in Kigali, Rwanda, where he was named tournament MVP. He rebounds, sets picks, scores, blocks shots, passes, defends. Rhomdane, still only 32, does it all. 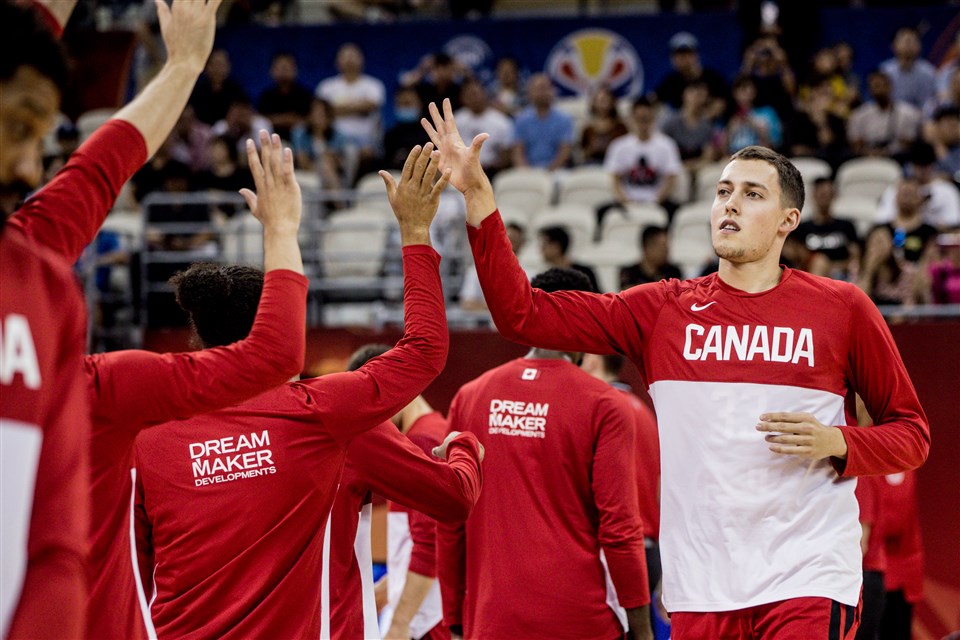 An NCAA champion during his one year at Kentucky before transferring to Gonzaga? Check. FIBA Basketball World Cup in China experience with Canada? Check. Deadly shooter from three-point range, where he is 24-of-43 in Spain with Lenovo Tenerife this season, a 55.8% clip? Check. Wiltjer can flat out ball. 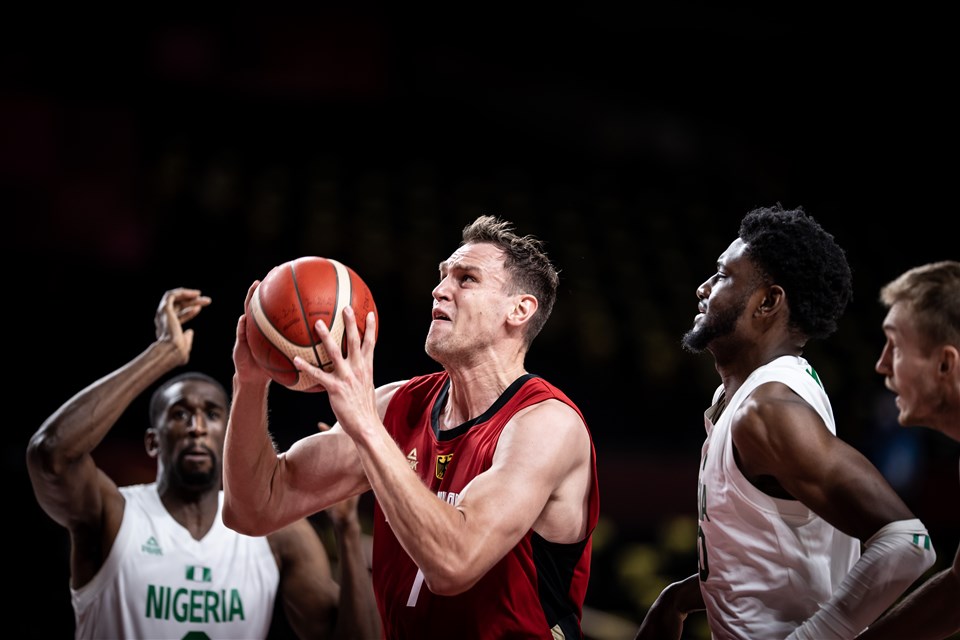 Talk about a skilled big man, Voightmann is deadly accurate inside the arc and also capable of beating opponents from three-point range. He also knows what a good shot and makes the extra pass. Voigtmann is combative, too, when it comes to crashing the boards. 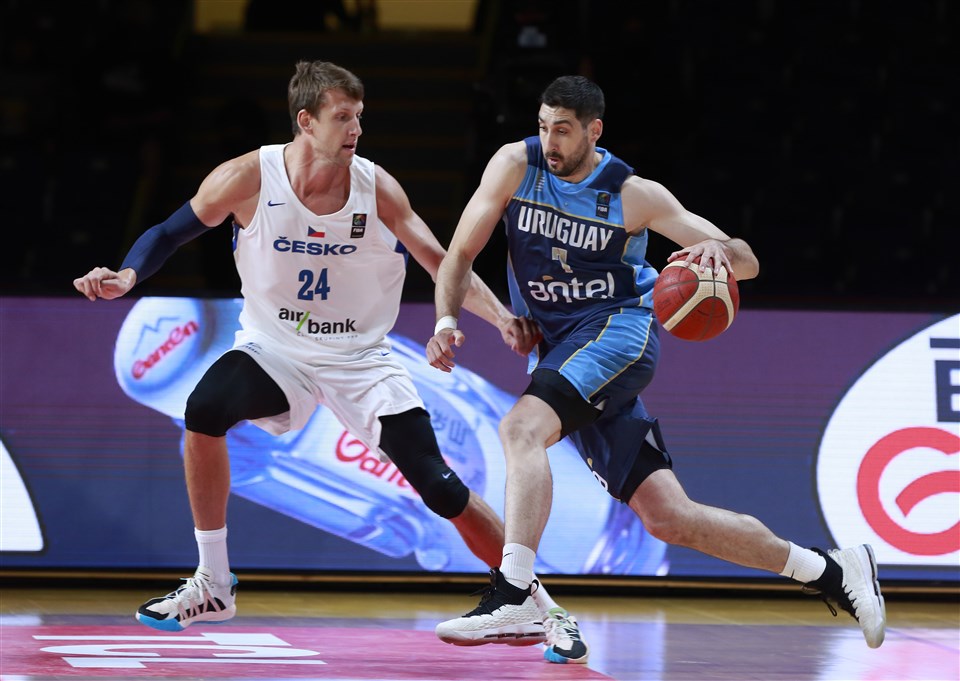 It was a pity that one of Uruguay's most exciting players the past decade, someone that was really performing at his best and helping La Celeste throw a scare into the Czech Republic at the FIBA Olympic Qualifying Tournament in Victoria, put his body on the line while drawing a charge and had to exit the game. Calfani, who had 16 points in a narrow defeat to Turkey, left the game in tears and his team missed him, coming within a made three-pointer at the buzzer of upsetting the Czechs to advance. 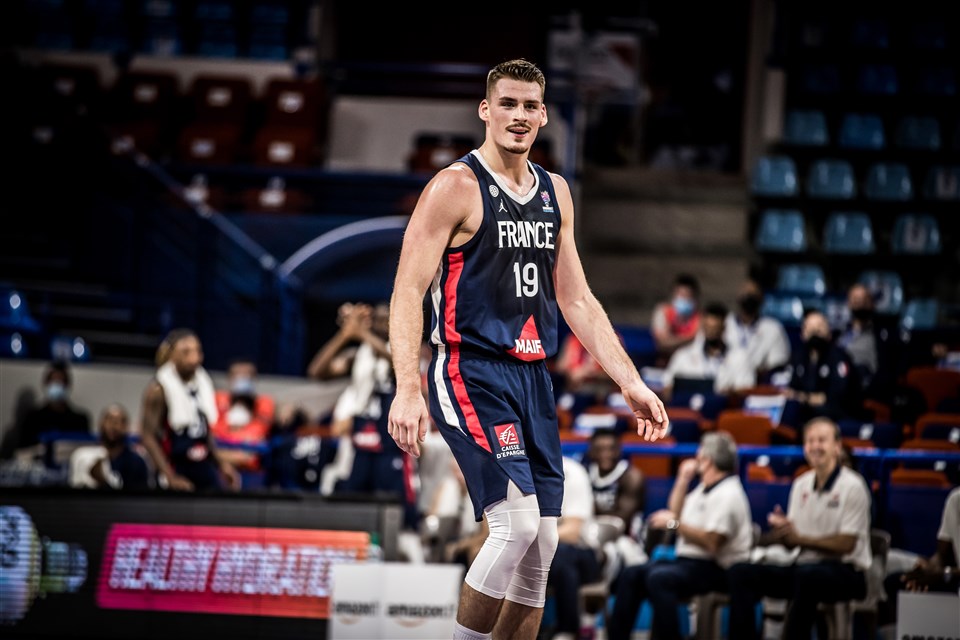 The 2.04m (6ft 8in) Chassang's stock has been rising the past couple of years at Dijon, where he was a solid, if not spectacular power forward in the Basketball Champions League. His numbers have slipped since following coach Lauren Legname to Bourg-en-Bresse but the 26-year-old oozes with quality and should have a big window for France. 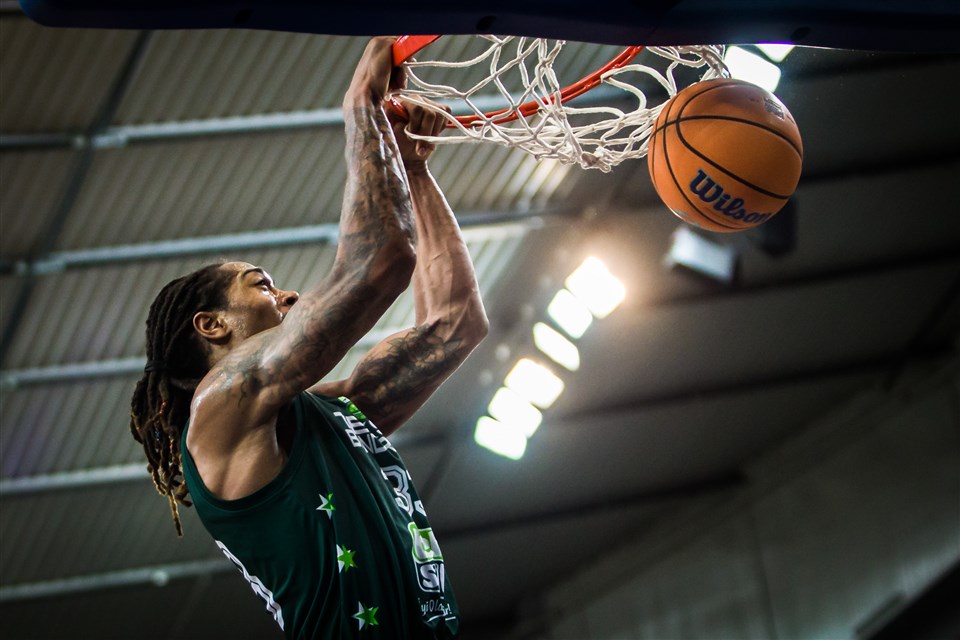 Expect the USA guards to lob passes to the high-flying Terry when he's in the game. The 2.06m (6ft 9in) Alabama native earns a living around the rim, whether it's slam dunking or swatting shots, and figures to an important player for coach Jim Boylen. 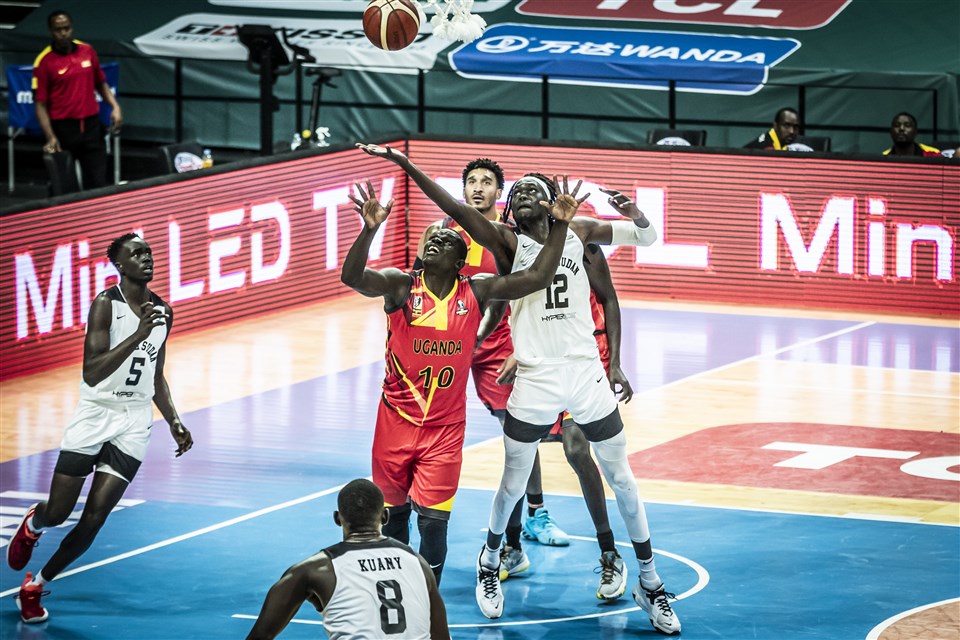 There may not have been a more inspirational performance turned in by a player at this year's FIBA AfroBasket than what Okello did against Cape Verde. Measuring 1.93m (6ft 4) in height, Okello earned the respect of everyone for going toe to toe with Cape Verde's tower of power, the 2.21m (7ft 3in) center Edy Tavares, in the Quarter-Finals. In the photo above, No. 10 Okello battles against South Sudan. 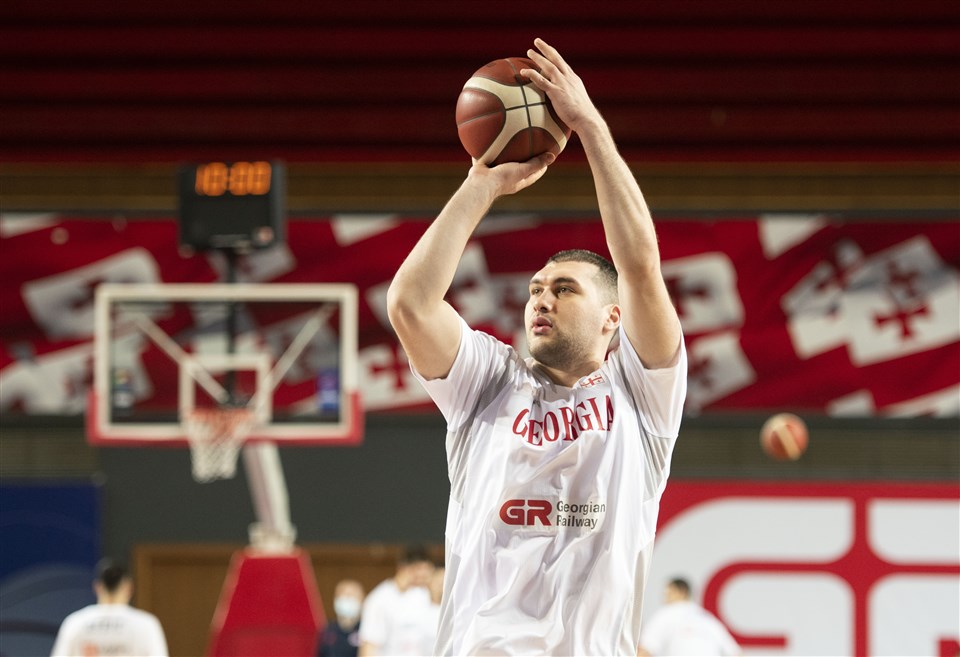 The 27-year-old Coosur Real Betis man stretches the floor with his ability to knock down three-balls, which he did in stunning fashion in a surprise victory at Valencia on October 31. The Georgia veteran nailed six of his seven attempts and was the MVP of Betis' 84-81 upset triumph. In the EuroBasket 2022 Qualifiers, Burjanadze averaged 13.3 points, 6.3 rebounds and 1.5 assists. 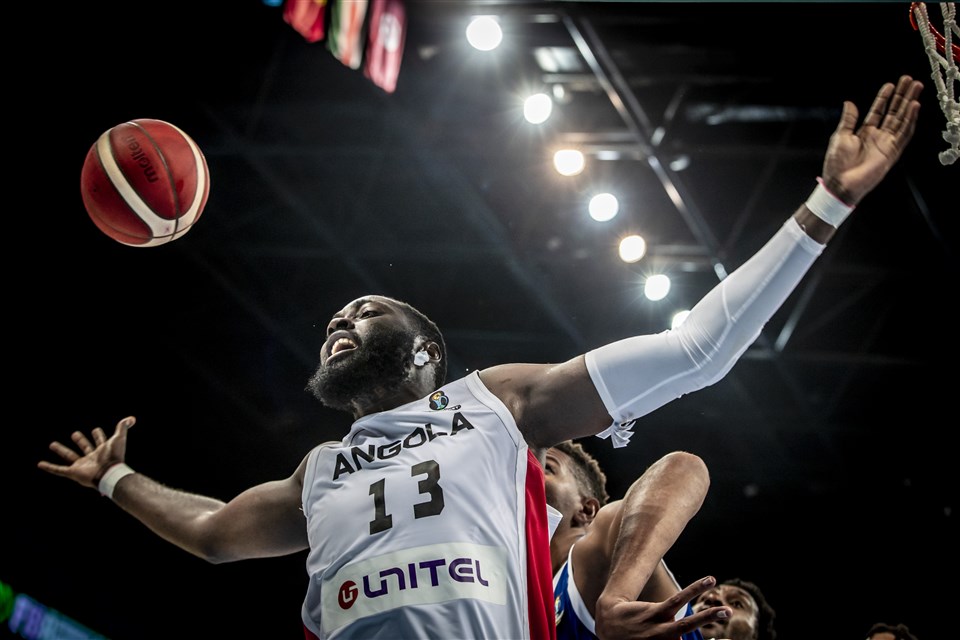 It can be a nightmare guarding Gakou because of his winning to attempt shots from deep and his proficiency at making them. The  2.01m is one of the most combative players in the Angola team and promises to be a major factor against Cote d'Ivoire, Guinea and Central African Republic. 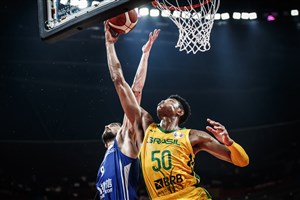 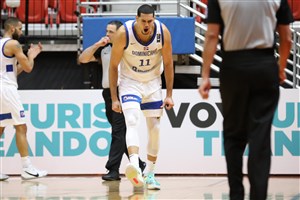 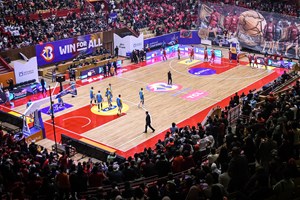 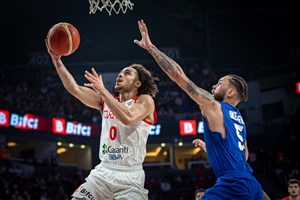 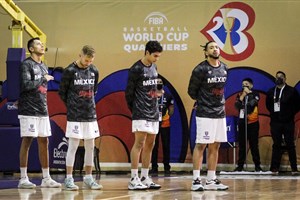