MIES (Switzerland) - Hoops fans turned out in record numbers to watch the game's superstars in the fourth window of the FIBA Basketball World Cup Qualifiers.

Whether it was in Europe, Asia, the Americas or Africa, thousands of spectators reveled in the opportunity to see many of basketball's best players, like Nikola Jokic, Giannis Antetokounmpo, Luka Doncic, Kristaps Porzingis, Rudy Gobert, Lauri Markkanen andJordan Clarkson.

On three different days, record crowds were established in Europe, starting with France, then with Serbia and finally with Greece, while in Manila's Mall of Asia Stadium, the Philippines,  a massive 15,288-strong crowd cheered wildly for their national team in Sunday's game against Saudi Arabia.

In Europe, fan turnout was, indeed, spectacular. It was especially large in France, Serbia, Greece, Turkey, Latvia and Finland. 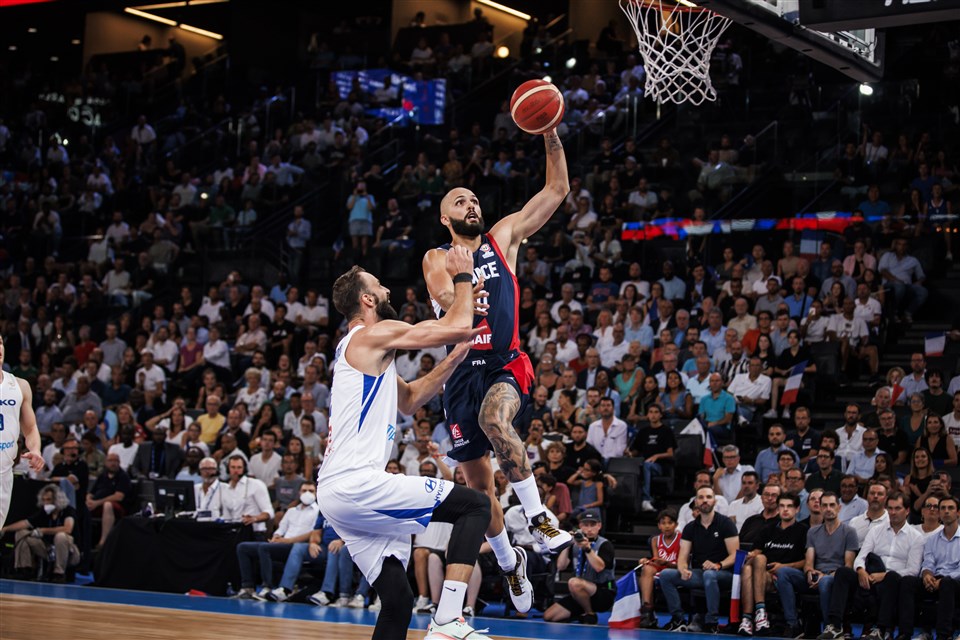 In Paris on August 24, a World Cup European Qualifiers record 14,578 fans packed the Accor Arena to watch France come from behind and beat the Czech Republic.

That record didn't stand for long, however, because just one day later, another European Qualifiers record of 19,150 spectators watched Jokic and Serbia defeat Greece in overtime  at the Stark Arena in Belgrade. 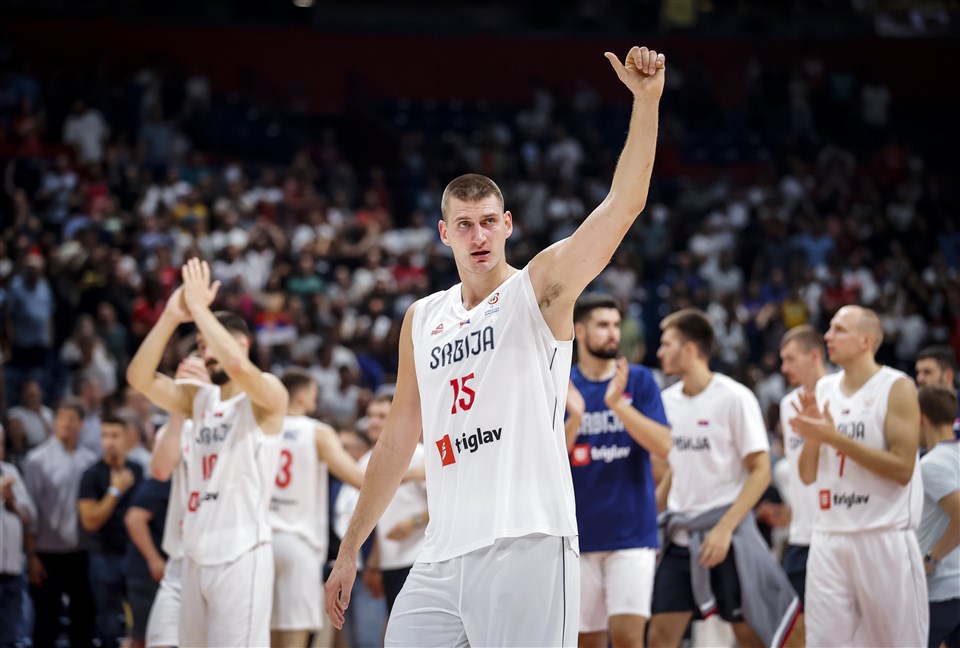 Even that was short lived because when Greece returned home to take on Belgium in Athens, yet another record-breaking crowd of 19,433 spectators cheered Antetokounmpo and the Greeks to victory over Belgium. It was Antetokounmpo's first competitive game in front of the home crowd so the occasion was massive. 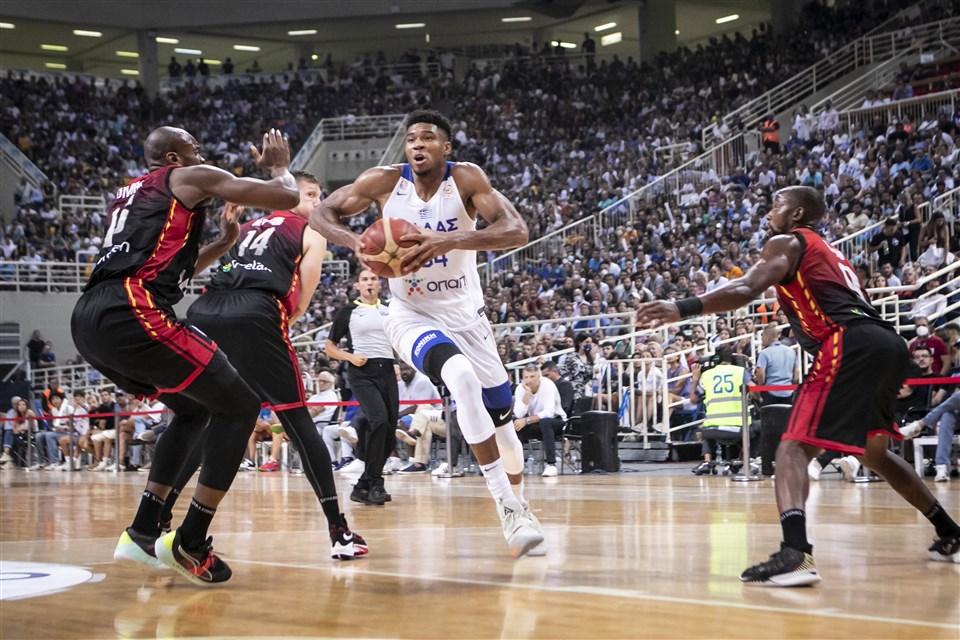 In Asia, many fans in the country where a lot of year's World Cup battles will be waged came to see Clarkson and the Philippines, and they did not disappoint. Clarkson even made a half-court shot and poured in 23 points in all in his first competitive game before the Filipino fans.

Jordan Clarkson did it all for the Philippines going 23-5-6 in front of a packed house in Manila! 🇵🇭#FIBAWC | #WinForPilipinas pic.twitter.com/lLtFngvPBv

It was the second game in a row with a big audience for the Philippines because in their first, on August 25 at the Nouhad Nawfal Stadium in Beirut, 7,477 fans made it a 100 percent filled arena to watch Lebanon take on Gilas.

The Lebanese were still bubbling with excitement over the Cedars' recent run to the FIBA Asia Cup Final in Jakarta, and Wael Arakji's tournament MVP award. Arakji thrilled the fans against the Philippines

Back in Europe, there was a Turkish European Qualifiers record 15,556 crowd at the Sinan Erdem Arena in Istanbul that watched the 12 Giant Men take on Serbia on August 28.

It was a pulsating encounter that had the Turkish team battling back from a 21-point deficit to tie the game late. Serbia ultimately won the unforgettable contest. 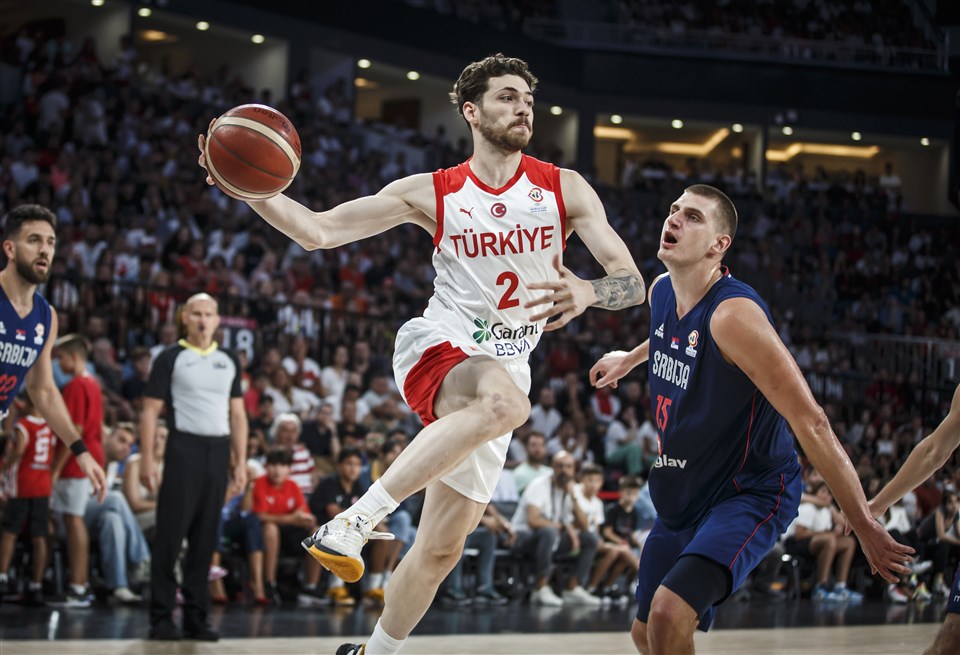 Turkey and Serbia traded blows in a memorable affair on Sunday

Before that, on August 25, a whopping 11,315 turned out to see Porzingis and Latvia compete against Turkey in the Arena Riga - the biggest crowd in the history of Latvian basketball.

Porzingis stole the show with a 22-point, 14-rebound effort in a 111-85 victory for the Baltic side that improved to 5-1 by the end of the window. 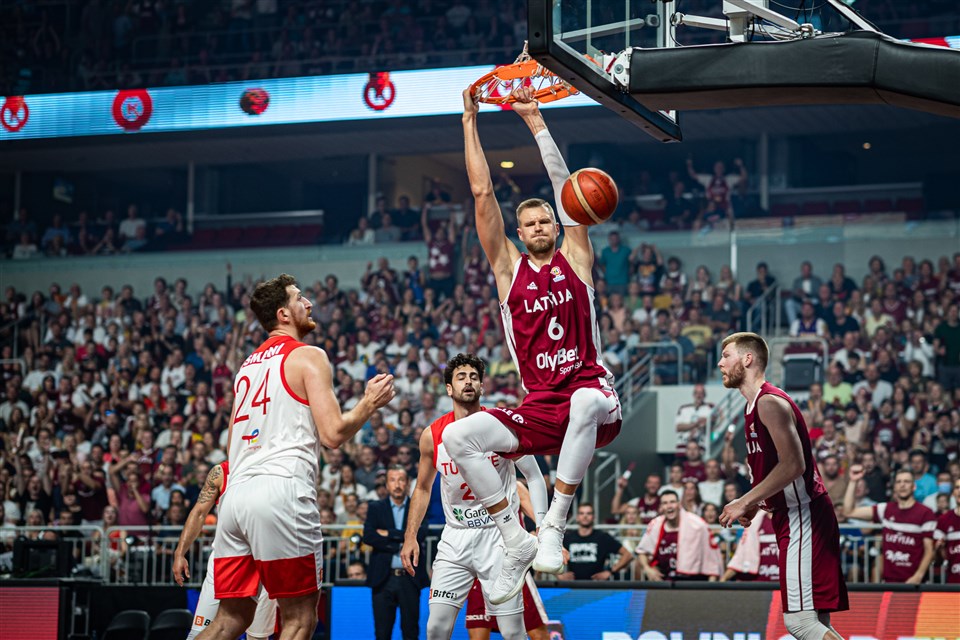 Even more, 11,554 fans, showed up at the Nokia Arena in Tampere to see Finland beat Israel, a result that helped them become the first team to qualify for the World Cup in this window.

The Finnish fans are among the best in international basketball, as the demonstrated when playing at the World Cup eight years ago when more than 10,000 traveled to Bilbao, Spain, to watch them play. 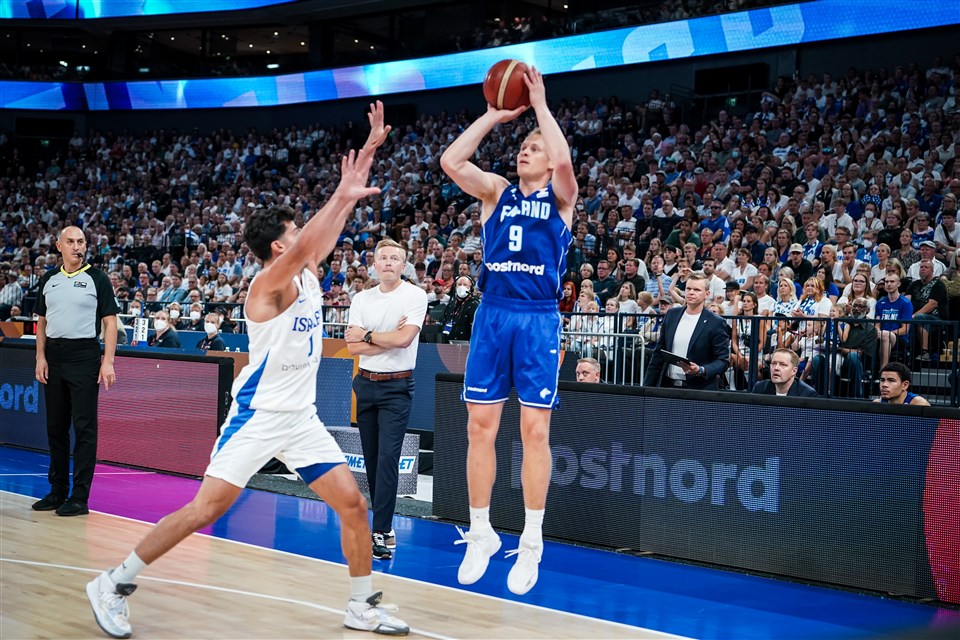 Sasu Salin and Finland took care of business, thrilling thousands of fans with a victory over Israel

The Americas have been having full houses at many of their games, and both Mexico and Puerto Rico have been playing before thousands of fans.

There were 10,200 spectators at the Manuel Bernardo Aguirre in Chihuahua to see the Mexicans square off against a very good Colombia team that claimed a 93-89 win. 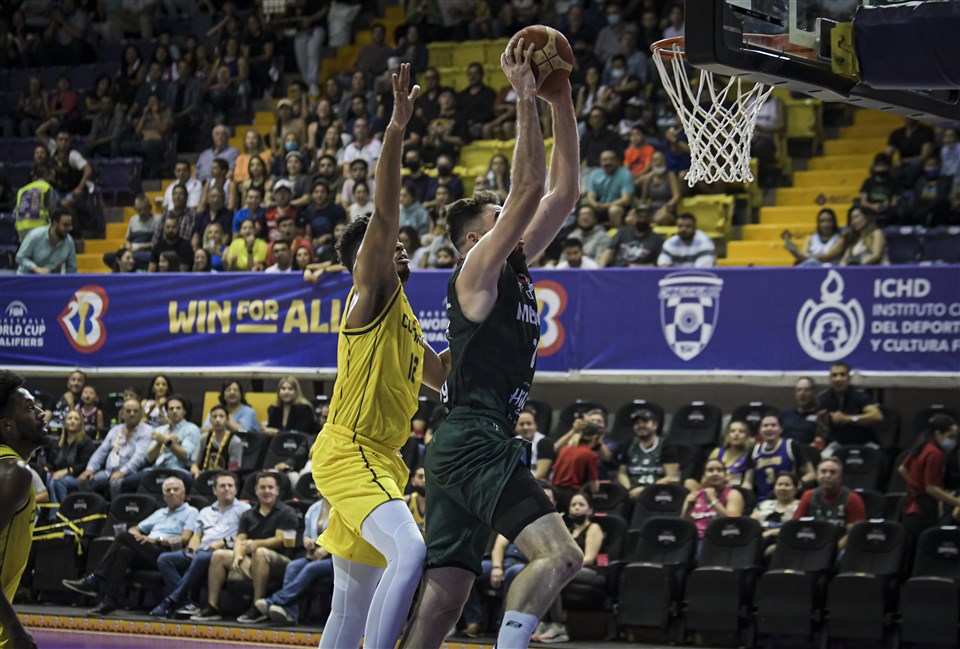 On the same night, a raucous 8,571 crowd gave Puerto Rico a tremendous sixth man in their Roberto Clemente Coliseum showdown with Brazil in San Juan.

The Boricuas rode the advantage to a 75-72 victory to boost their hopes of reaching the World Cup, which will be staged in Indonesia, Japan and the Philippines. 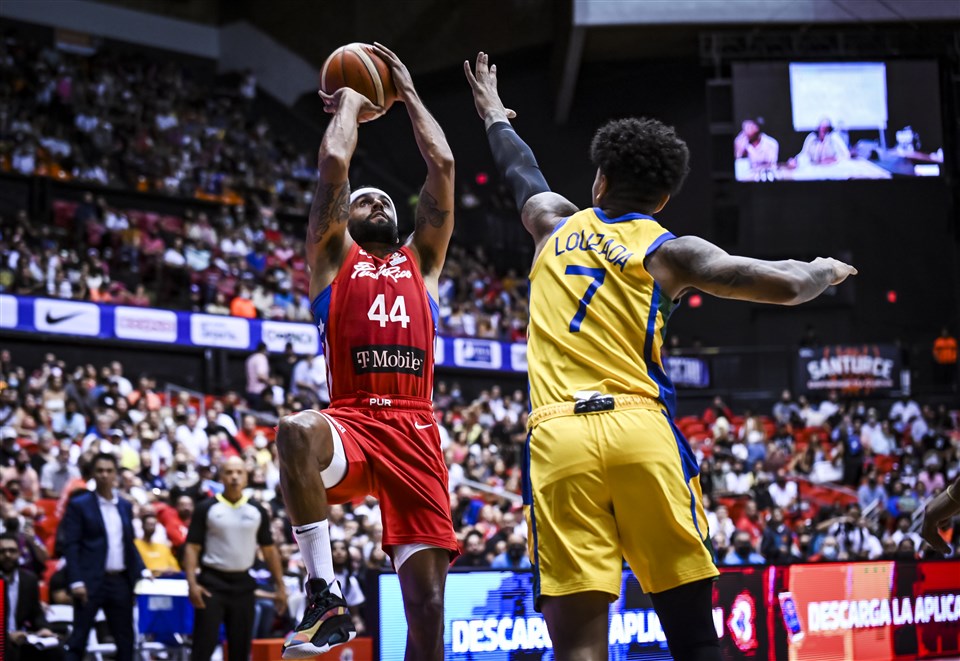 Argentina's national team is always a big draw, too. Fans piled into the Polideportivo Islas Malvinas on August 29 to watch Facundo Campazzo and Co take on an outstanding Bahamas team that led at half-time. The spectators made a winning difference in the second half, helping their national team to a 95-77 triumph. 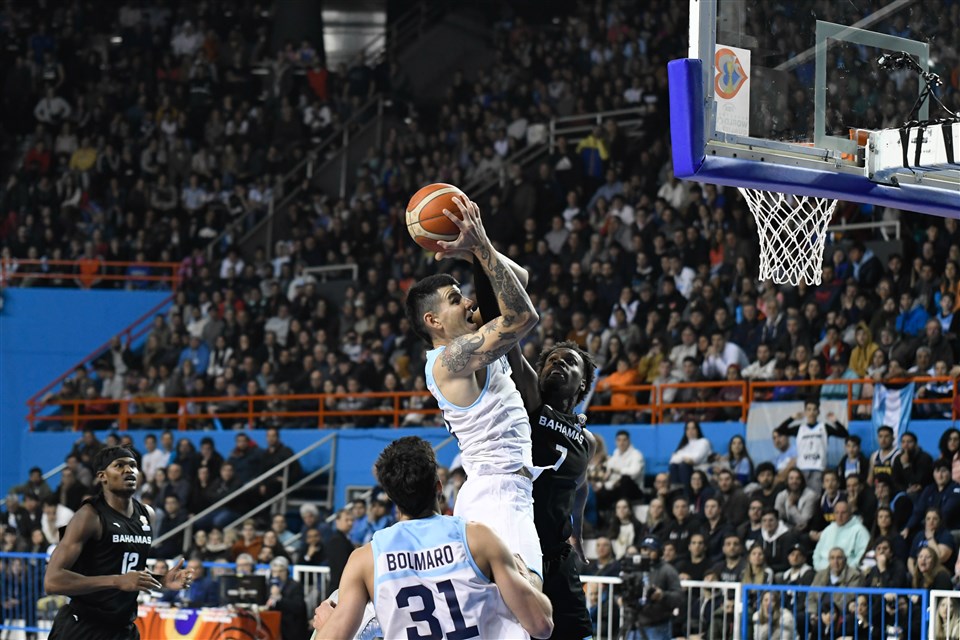 There were no empty seats in Brazil's Arena Jaragua for their game against Mexico on August 29.

In a tough contest, the Mexicans led for virtually the entire game and prevailed. The total number of spectators at the game was 8,100. 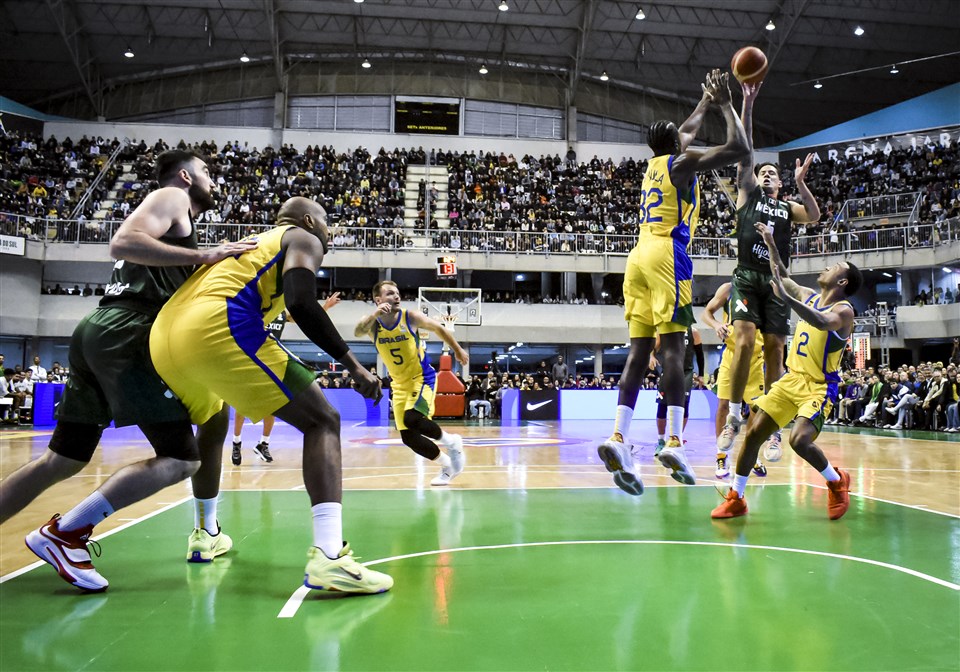 Mexico rebounded from their defeat to Colombia by stunning Brazil

In Africa, Cote d'Ivoire fans were elated to see the national team that reached the FIBA AfroBasket Final last summer.

The Elephants hosted three games at the Palais des Sports de Treichville in Abidjan and had fantastic turnouts, including the 4,500-strong crowd against Nigeria. Cote d'Ivoire, boosted by the home support, won all three of their games. Cote d'Ivore fans were loud and supportive throughout, helping their team go 3-0 during the window 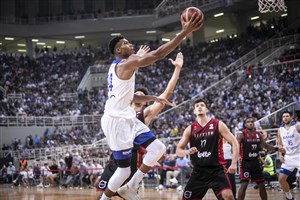 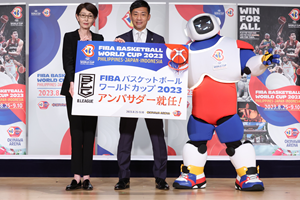 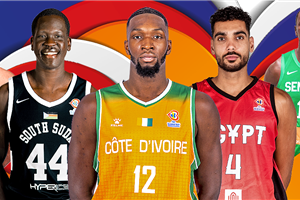