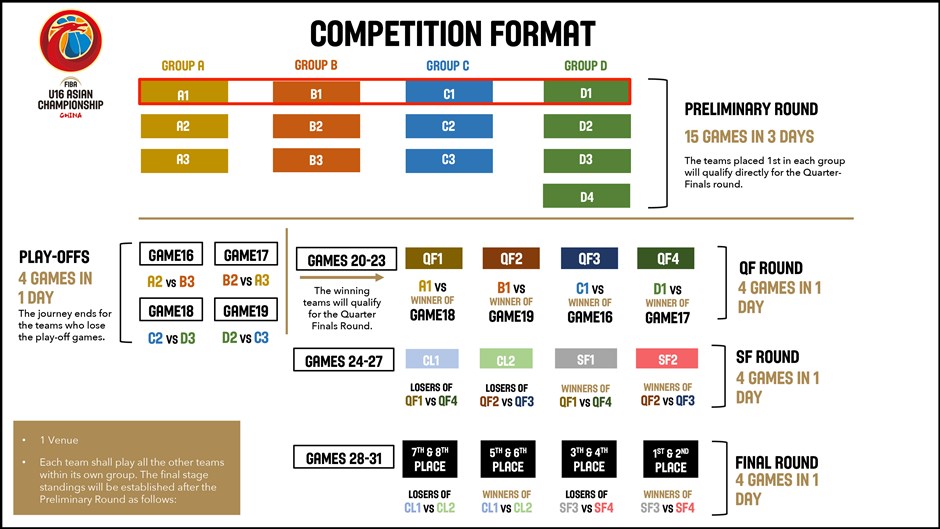 A total of Fifteen (15) games will be played in the Group Phase.

The best placed Team in each group will qualify directly to the Knock-out stage starting with the Quarter-Finals. 2nd and 3rd placed Teams will proceed to the Play-Offs Round. The 4th placed team in group D will end the road at the Group Stage.

On day 4, 2nd & 3rd placed teams from each group will compete to earn a spot in the Quarter-Finals Round. The losers will end their road.