CALI (Colombia) - Despite already booking their ticket to the 2022 AmeriCup, Argentina played like a team on a mission in their 99-65 blowout victory over Chile that kicked off their final window of qualifying games.

Four players finished in double figures for Argentina in what should be considered a complete team performance. Federico Aguerre led the way as he dropped 18 points on 7-of-8 shooting, while Maximo Fjellerup finished with 13 points before leaving because of injury.

Argentina’s greatest strength is their balance, and it was even more evident than usual on Sunday with Carlos Schattmann – their leading scorer in qualifiers – putting up only seven points. Despite Schattmann’s inactivity, the club moved the ball with outstanding efficiency (23 assists on 39 field goals) and showed their flexibility in terms of scoring inside and outside.

What takes Argentina to the next level moving forward, though, is their progress on defense. Tayavek Gallizzi and the rest of the roster did a tremendous job defending Chile’s best player Nico Caravacho, who came into the game averaging 13 points and 13.5 rebounds. Caravacho was never able to get into rhythm and completed the evening with only seven boards.

Overall, Argentina held Chile to just 27 percent shooting from beyond the arc, forced 12 turnovers and kept their opponents’ assist numbers to nine total.

Unlike the first meeting between these two teams, this matchup was very one-sided from the start. The Argentine side had as crisp of an offensive performance as possible in the opening half, scoring 54 points on 63.6% shooting from the field and 83% from 3.

Chile’s defensive energy was lacking and they didn’t seem ready to play, but credit should be given to Argentina for their crisp ball movement and transition attack that was nearly unstoppable in the first two quarters. Chile actually shot 42 percent from the field themselves, but the large hole they dug for themselves was too difficult to overcome even with Ignacio Arroyo (16 total points) playing out of his mind before halftime.

There is concern moving forward about how serious Fjellerup’s injury is, but with Argentina (4-1) already in the 2022 AmeriCup field, they won’t need to force his services in their final outing vs. Colombia. Meanwhile, despite the ugly performance, Chile (1-4) still can cash in on their last opportunity to join the 2022 AmeriCup field if they defeat Venezuela on Monday. 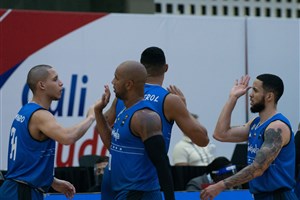 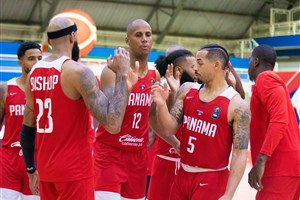