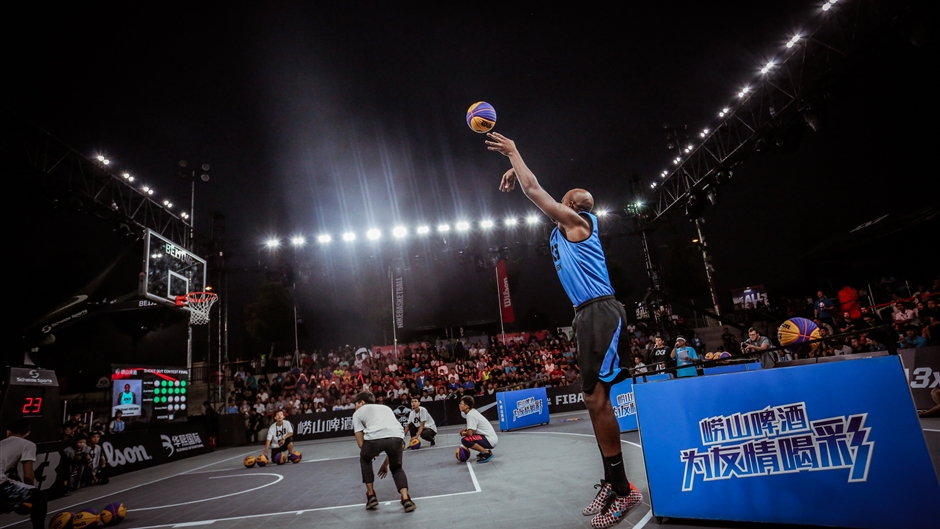 Qualification: Up to one player per World Tour team attempts 10 shots (all worth one point) from the top of the arc, without time limit during the Day 1. The 4 players who score the most points in the shortest amount of time advance to the final. In case of a tie (same points and time), the tied players shoot again.