HERAKLION (Greece) - Canada will be thrusted from hunter into the uncommon position of the hunted as they attempt to defend their title at the FIBA U19 Basketball World Cup 2019 while United States aim to return to the top of the podium and Australia, Greece, Lithuania and Serbia all hope to claim a second title.

16 teams go into the June 29-July 7 tournament in Heraklion dreaming of hoisting the trophy at Heraklion Arena when the 14th U19 World Cup is all said and done. The spectacle on the Greek island of Crete promises plenty of drama and storylines.

Here is a rundown of some of those to watch for - with all the games being broadcast live on FIBA's YouTube channel.

Can Canada ride wave of enthusiasm?

Basketball in Canada has been on the rise for the past decade with it really taking off starting two summers ago at the FIBA U19 Basketball World Cup 2017, where RJ Barrett took the Egyptian desert by storm with an unbelievable showing as MVP in helping Canada beat the United States in the Semi-Finals and then Italy in the Final for the country's first FIBA title. That was followed by the Toronto Raptors winning the 2018-19 NBA crown - the first NBA trophy for a Canadian franchise. Tens of millions throughout the country adopted the Raptors as their team. And then a record six Canadians were selected in the 2019 NBA Draft, topped by Barrett going third overall to the New York Knicks. Now the tables are turned for Canada coming to Heraklion as the red-and-white are no longer one of the hunters. Now, Dan Vanhooren and his team are the hunted with everybody wanting to take down the champs.

USA looking to U17 world champs for U19 redemption

The United States won the 2013 and 2015 U19 World Cups to push their record haul to six titles - to go along with three second-placed finishes and one third-placed showing. Bruce Weber has been called upon as USA head coach in his first gig as a USA head man, and the Kansas State University head coach has a number of players who will be making their international debut in Greece. That means the group of players from the FIBA U17 Basketball World Cup 2018 - headed by MVP Jalen Green - will be that much more valuable since they know what it takes to face the pressure of expectation and still perform at the highest level.

Canada are just one of five countries in Heraklion who will be hoping to win a second U19 World Cup title - and take sole possession of second place in the all-time medals table. Australia were atop the world in 2003 - also in Greece (Thessaloniki) - but the Emus have failed to return to the podium since then, losing in the Third Place Game in 2009 and 2013. Hosts Greece used the home crowd in 1995 for their only crown - in Athens - and have since finished second (2009), third (2003) and fourth (2015) one time each. Lithuania were carried by Jonas Valanciunas to their only championship in 2011 and added a second-place showing in 2003 and third in 2013. And Serbia benefited from the home crowd in 2007, winning the tournament in Novi Sad. Since then the Serbians lost in the Final in 2011 and 2013.

Is 2019 the year for a new best-ever African finish?

Africa's best-ever performance at a U19 World Cup is 11th place, done twice by Egypt (2009 and 2015) and three times by Nigeria (1995, 1999 and 2003). This could be the year that an African team bests that mark as both FIBA U18 African Championship 2018 champs Mali and runners-up Senegal have rosters full of talent. Both teams are drawn into tough groups with Mali in Group B with Australia, Canada and Latvia and Senegal in Group A with Lithuania, New Zealand and United States. Those two groups will cross over for the Round of 16, meaning Mali and Senegal could face off for a spot in the Quarter-Finals. Should that matchup come into being, that would mean the winner has already clinched a best-ever showing for the African continent. 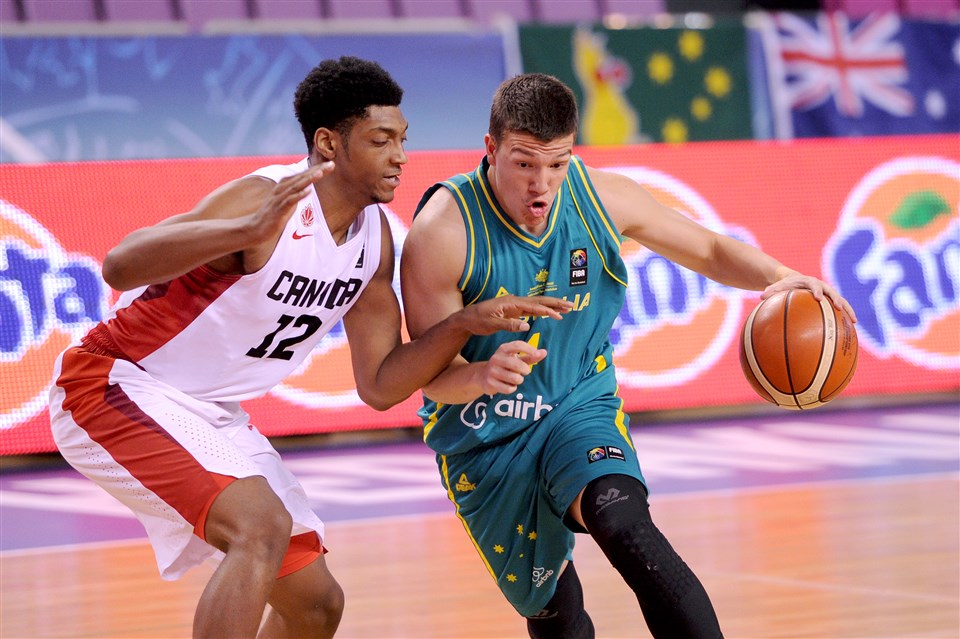 Australia vs Canada: Two giants in the sport and this opening day game could very well decide first place in Group B. The two countries have only played three times since 2007, with Canada winning the last matchup in the Group Phase in 2015 - also in Heraklion.
Greece vs Philippines: The hosts will have fans aplenty but Philippines will have support for sure with the country playing its first U19 World Cup game in 40 years.
France vs Serbia: This is the last game in Group D and is a re-match of the Semi-Finals of the FIBA U18 European Championship 2018, which was won by Serbia. The game could decide first place in the group.
United States vs New Zealand: United States have a lot of players who are inexperienced at international basketball while New Zealand faced Australia in Oceania and then knocked off Iran and China at the FIBA U18 Asian Championship 2018. They also have six players who have already or will be playing college basketball in the US - not to mention Maxwell Darling, who played last season professionally in Croatia. If there is a time to knock off the Americans, then it might be in the opening game.
Mali vs Latvia: Mali have excellent size against a Latvia team that not only is without their top star (Arturs Zagars) but also not that big with just one nominal center. A win for Mali could give them a lot of confidence.

Game on for Gonzaga - Duo of NCAA champions

There will be dozens of players in Heraklion who played collegiately in the United States last season or will in the up-coming season. But two situations definitely stand out heading into the U19 World Cup. Australia guard Kody Stattmann helped the University of Virginia to win the NCAA title this past season while Argentina big man Francisco Caffaro was on the team as a red-shirt, meaning he practiced with the squad but did not play as he was recovering from an injury. The other school which will be watching the U19 World Cup very closely is Gonzaga University. Two players from the Zags' team last season made the All-Star Five of the FIBA U18 European Championship 2018 - Filip Petrusev of the champions Serbia and Joel Ayayi from the third-placed France side. But the Gonzaga fans will also get a glimpse of two in-coming freshmen for next season in Mali big man Oumar Ballo and Martynas Arlauskas of Lithuania. France and Serbia square off on July 2 in the final game of Group D in a re-match of the U18 European Semi-Finals - and a shot for Gonzaga redemption for Ayayi.

Not your father's Philippines: Country back at U19 World Cup after 40-year absence 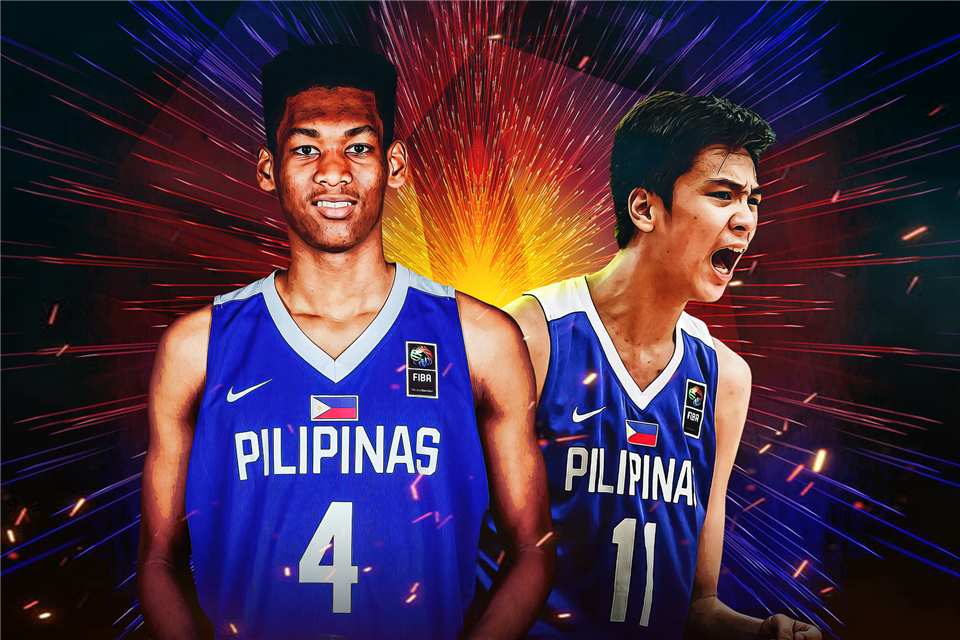 Fans of the U19 World Cup have not seen Philippines in a long time - namely since their first and only appearance in the first edition way back in 1979. But this Filipino team does not look like most teams from the basketball-mad nation as they have some amazing big man potential. The twin tower combo of Kai Sotto and AJ Edu Philippines fans rightfully hopeful for some big success in Greece - both having shown they can use their height and skill level to excel. 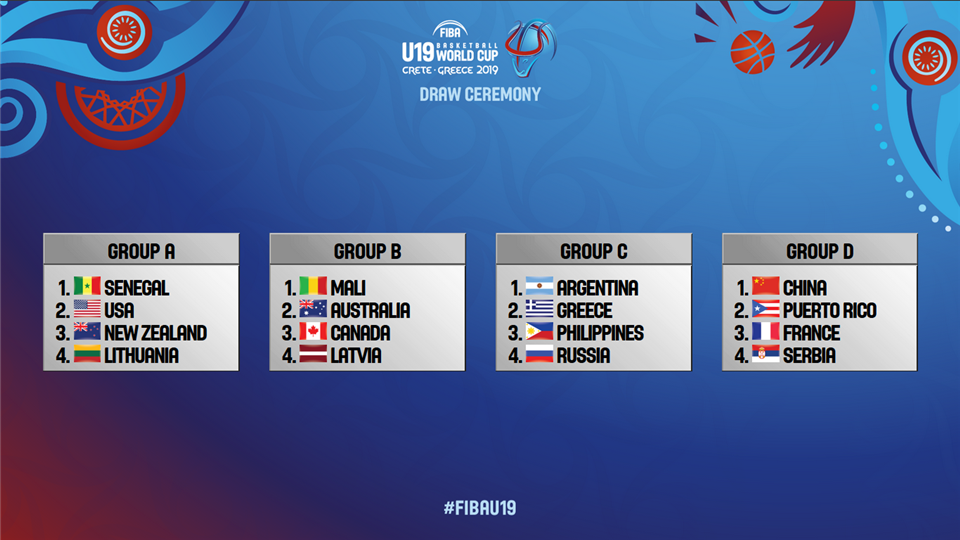 Here the other facts you need to know:

- The games will be played at the Heraklion Arena and Heraklion University. All the teams will play the first two days of the tournament - June 29 and June 30. After a day off, the final group games will be played on July 2.
- All teams qualify for the Round of 16, where they will cross between Groups A and B, and C and D. The winners of the Round of 16 games advance to the Quarter-Finals, while the losers move on to the Classification Games for Places 9-16.
- There is a rest day on July 4 before the Quarter-Finals and Classification 9-16 will be played on July 5, the Semi-Finals on July 6 and the Final and other placement games on July 7.
- Could this be the All-Star Five at the FIBA U19 Basketball World Cup 2019?
- The official hashtag for the tournament on social media is #FIBAU19 and all the games can be followed on the official website and on FIBA's YouTube channel. 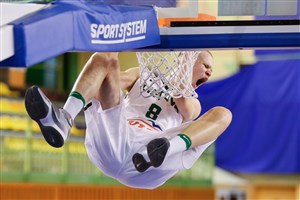 Canada will rely on good length in defense of U19 title 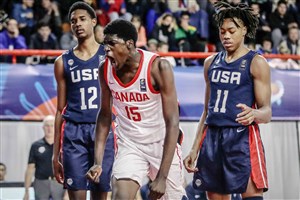 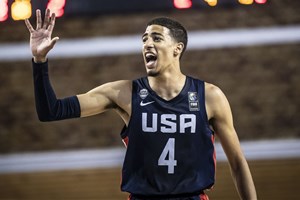 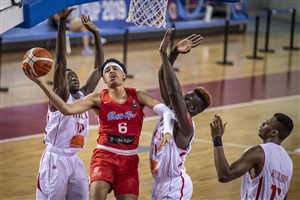