A guide to the Second Round: 16 teams remain in the hunt for the FIBA Europe Cup crown

MUNICH (Germany) - The mini break following the Regular Season is almost over as the FIBA Europe Cup returns to action this week with all 16 remaining teams set to begin their Second Round campaigns on Wednesday.

The clubs have been split into four groups as they battle it out over another six gamedays with the top two in each group advancing to the Quarter-Finals.

Here’s a look through each of those 16 teams: 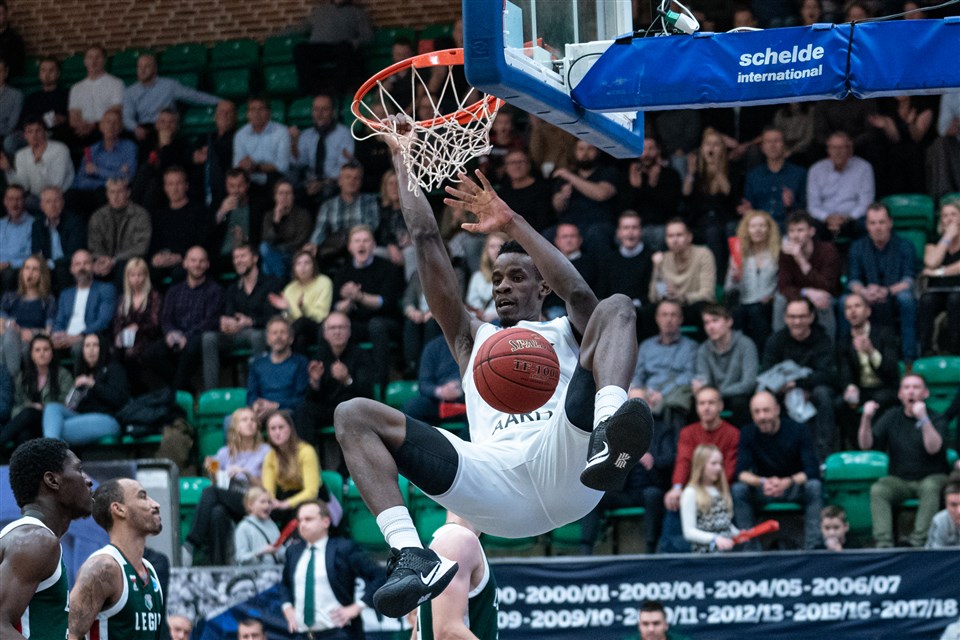 It was comfortable enough for Benfica in the First Round as they opened with three victories before securing their place in their next round with their biggest win at home to PVSK-Veolia. The strong response came following the first blemish on their record, going down by 16 points at ZZ Leiden. They have also made a strong start in their domestic league with a 10-1 record for a share of the lead in Portugal having last won the league title in the 2016-17 season.

The Danish champions also made it through their group with five wins from six as they continued their impressive recent track record in the competition. Another appearance in the knockout phases follows a Quarter-Finals showing last season having made it one step further, to the Semi-Finals, in the 2017-18 campaign. The Bears have an array of scoring options and have been boosted by the arrival of Nimrod Hilliard with the American point guard joining midway through November.

A home-and-away double over a dangerous Sigal Prishtina side proved the difference as the German side made it out of a group dominated by Ventspils. They actually rank second in scoring - behind the Latvians - with 90.2 points per game boosted by putting up 112 in an emphatic home win over Apoel. And, they will be hoping their European venture can inspire a run of results domestically having started 4-6 in the BBL.

The last ticket to the Second Round was secured in dramatic fashion by Spirou Basket on Gameday 6. The Belgian side pulled off a stunning fourth quarter comeback to deny Donar Groningen having received help from elsewhere after their counterparts Phoenix Brussels saw their hopes crushed at the buzzer. Three wins from six reflects a mixed bag of performances, whilst ranking 31st of 32 teams in assists per game - and the recent departure of Joe Rahon does not help that. 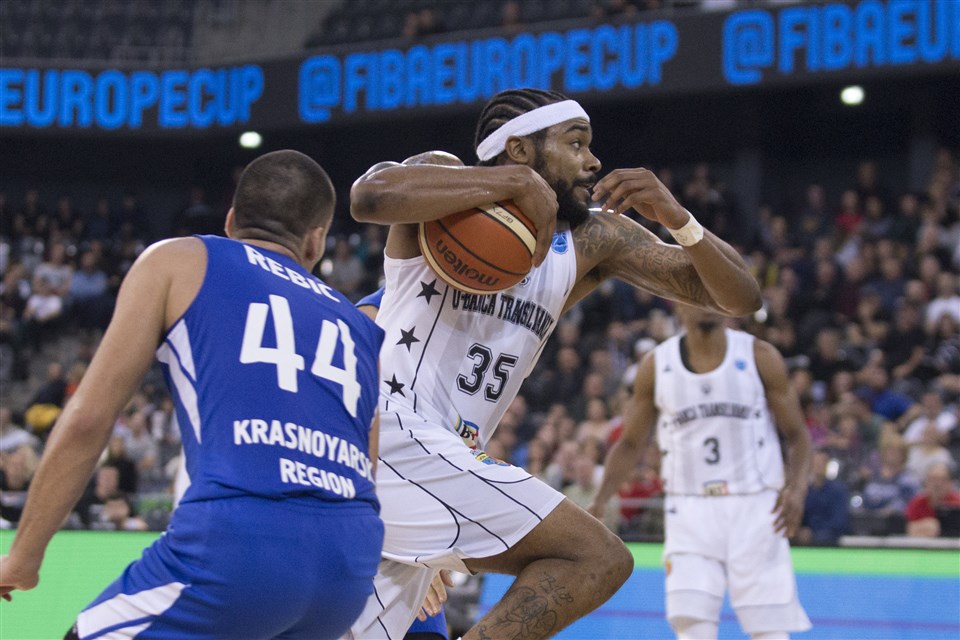 Ironi Ness Ziona made it through unscathed in Group B having overcome Landstede Hammers Zwolle in two testing encounters both home and away. Jeff Withey was one of the standout stars during the Regular Season, topping the charts in efficiency and their smooth passage into the Second Round allowed the American to sit out the final game. In new territory in Europe, the Israeli side are starting as they mean to go on as one of just two teams still unbeaten, so far.

Things are looking rosy for U-BT Cluj Napoca after a formidable start to the season on all fronts. Their perfect 9-0 league record in Romania puts them clear of Group J opponents CSM CSU Oradea, while Enisey Krasnoyarsk were the only team to halt their charge during the First Round in Europe. Ranking third in points per game (90.3) and second in assists (24.6), the offence is certainly flourishing and a place in the last eight will be on the cards if it continues to do so.

From one Romanian rival to another for CSM CSU Oradea as they come up against U-BT Cluj Napoca after facing BC CSU Sibiu in the first group phase. An impressive 71-66 win at Bahcesehir College was part of their 4-0 start before dropping their final two games at home - including a surprise 20-point loss against Fribourg Olympic to take a slight shine off their progression. No further such blips can be afforded in a tough group where home form may prove crucial.

It ended up being a stumble into the Second Round for Tsmoki-Minsk after their red-hot start fizzled out. From 3-0, they lost control of their own fate with a three-game losing slide only saved by BC Dnipro's disappointing defeat on the final day of the Regular Season. They cannot rely on the same fortune in the face of stronger opposition, but will hope to re-capture their early season form whilst relying on the scoring output of a quartet all averaging above 13 points per game. 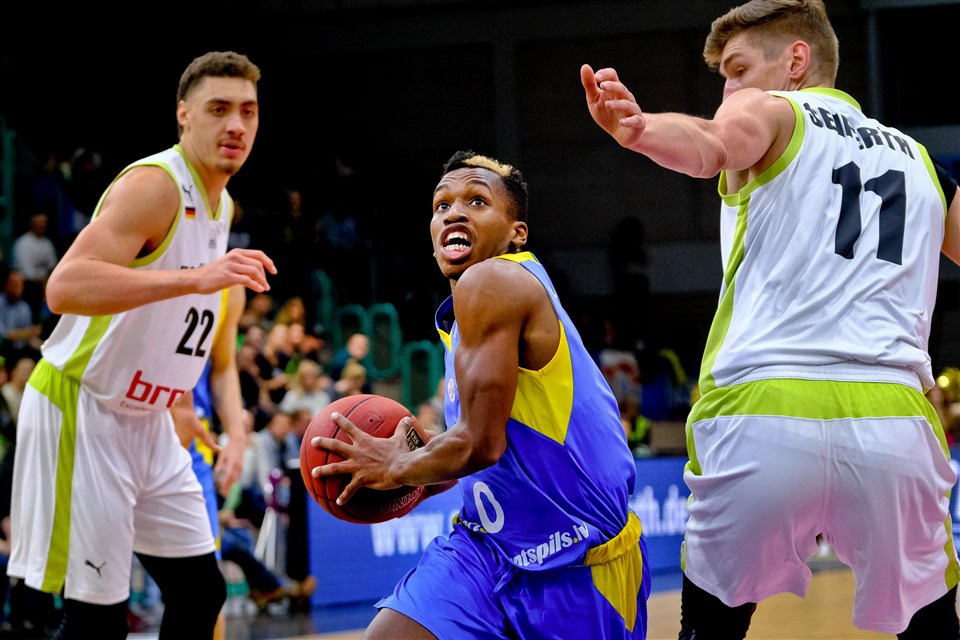 Sherron Dorsey-Walker and Martez Walker were the two high volume scorers for Landstede Hammers Zwolle with 17+ points per game, while GB international guard Devon Van Oostrum has been brought in to replace Jordan Johnson, and join up with his older brother, Nigel. The Dutch side recovered from losing two of their opening three games to advance and they also pushed Ironi Ness Ziona close on two occasions with both defeats by a combined margin of just 8 points. Their task doesn't get any easier by going from one unbeaten side to taking on the other.

The chance was there to win their group having split two entertaining contests with Bakken Bears only to go down to a 95-91 defeat at Kataja on Gameday 6. They are amongst the last 16 teams for the third year running having suffered playoff defeats in each of the past two seasons. Travis Taylor averaged a double-double during the Regular Season, while fellow American Frank Turner and Canadian Justin Edwards have also been key contributors for the Hungarians as they look to make new ground in the competition.

It was some way to make their mark on the competition this season with the Latvians powering their way to a perfect 6-0 record in the First Round with a string of dominant displays. Several players are averaging double figures in points including TJ Shorts with the American making an immediate impact as a late arrival. Ryan Luther has been a handful in the paint and should face some intriguing battles inside in the group. Ventspils rank first in scoring (100.3), first in assists (25.5) and second in rebounding (43.7) to reflect how well they've started the season.

It could so easily have been BC Dnipro representing Ukraine in the Second Round, but BC Kyiv Basket got their own job done to top the group in style with victory on the road in Minsk. The experience of Maksym Pustozvonov led the team in scoring during the First Round along with the consistent performances of 24-year-old international Bogdan Bliznyuk. The return home of center Vladyslav Koreniuk has proved beneficial for both to bolster the frontcourt options alongside Viacheslav Petrov. Despite progressing in Europe, Kyiv have only started 6-4 in their domestic league as they currently sit in fourth place. 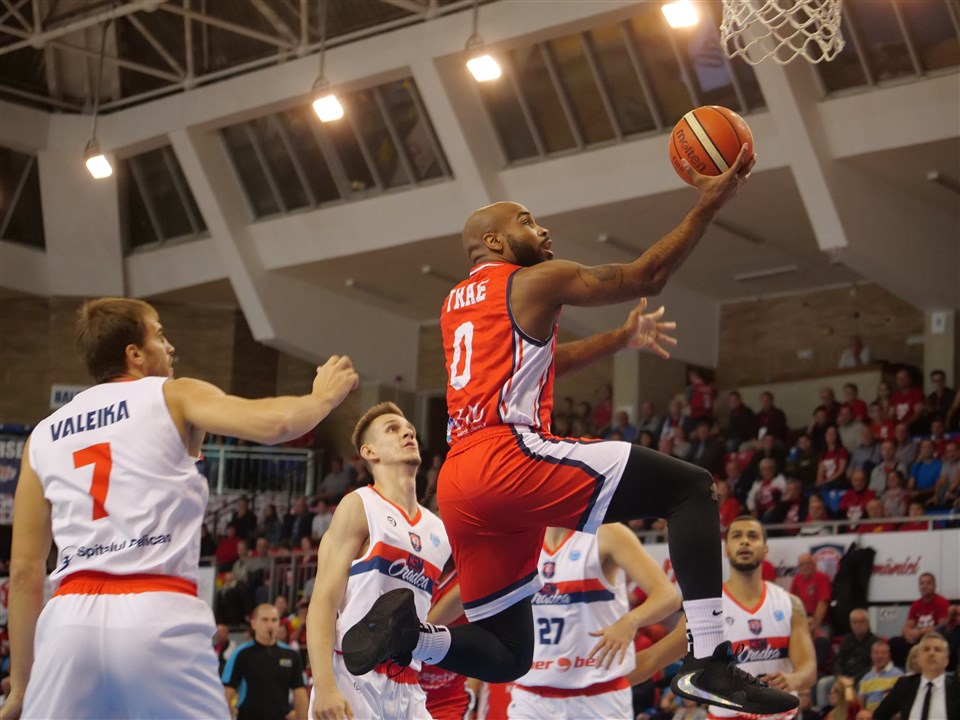 The second Dutch side still flying the flag and with momentum on their side after closing out the First Round on a three-game win streak including a 16-point home success against SL Benfica. Tayler Persons was a regular in the Team of the Week lineup with the American putting up big numbers for his side, while compatriot Reigarvius Williams is averaging a double-double. Dutch international Worthy De Jong continues to be an all-round threat and ZZ Leiden will need all of their stars on top form as a big challenge awaits with a trip to Russia as well as visiting Turkey twice.

Home form was a resounding tick for the Russians during the Regular Season with a run of three wins in as many weeks providing the platform to advance. A response was needed after being edged out by BC Balkan on the opening week, and their campaign ended as it began with a loss on the road to miss out on top spot in the group. Croatian Tomislav Zubcic was nearly always amongst the top efficient performers with Davion Berry showcasing his scoring prowess to lead a balanced offence.

One half of the Turkish representatives in the competition, and indeed the group, with Bahcesehir College looking to put a 2-9 league record to one side to continue their surge in Europe. Trae Golden has orchestrated the offence and recently joined by fellow guard London Perrantes with the likes of Mangok Mathiang, JaJuan Johnson and Cam Clark doing their work in the frontcourt. The strength in depth is there and they need to keep producing the results with three of their five wins decided by single figures.

It's the complete opposition in terms of league form with Pinar Karsiyaka winning nine of their 11 games and they bounced back from an opening defeat against Spirou Basket to reel off five straight wins to advance in style. They avenged that loss with a crushing 92-54 triumph on home soil and also eased past Donar Groningen before needing a late Amath M'Baye game-winner on Gameday 6.

*Minimum of 3 games played for all statistics. 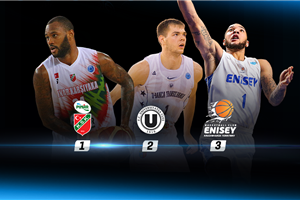 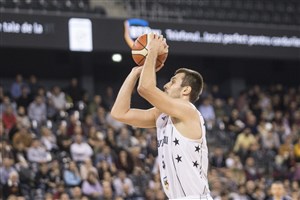 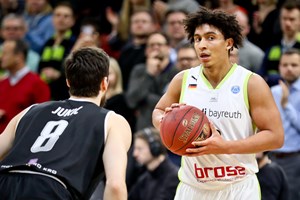 Permutations: Who can qualify for the Play-Offs this week? 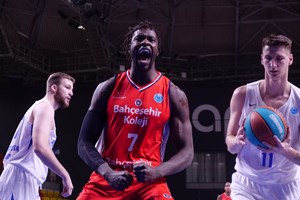 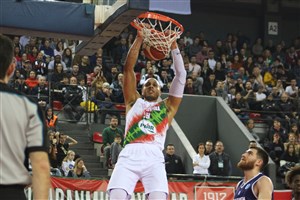