Ambitious Banchero waits in the wings for Italy

SEATTLE (USA) - Paolo Banchero is only 17 years of age but already appears to have the world at his feet.

Born in Seattle to a father of Italian descent, Mario Banchero, and a basketball-playing mother, USA international Rhonda Banchero (formerly Rhonda Smith), Paolo, who turns 18 on November 12, has already established himself as one of the top basketball recruits in the United States and is set to burst onto the college scene next year at Duke University.

But while his collegiate commitment awaits 2021, a duty of a different nature is calling from beyond the Atlantic, with Banchero set to make his debut for the Italian national team.

"I'M PROUD TO WEAR THE AZZURRI JERSEY, I WILL NEVER FORGET WHEN I RECEIVED IT FOR THE FIRST TIME." - Paolo Banchero 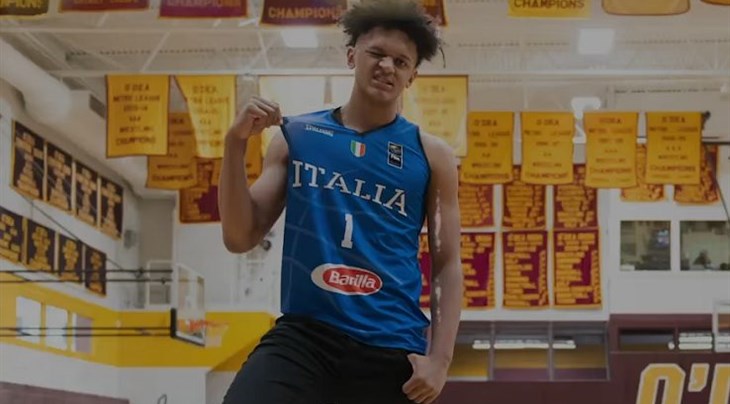 Banchero received his Italian citizenship this past summer and was recently named in the expanded 24-man Azzurri squad for the upcoming FIBA EuroBasket 2022 Qualifiers in Tallinn, Estonia, against North Macedonia and Russia.

At 2.06m (6ft 9in) in height with a powerful body and plenty of skill, Banchero has a big future. He has been causing a stir in Seattle for a few years, and recent performances helped confirm his status as one of the best high school players in America, with ESPN naming him the No. 3 prospect.

How is it that Paolo Banchero is going to play for Italy?

The great grandparents of his father Mario immigrated to the United States from northern Italy in the early 1900s and worked as farmers and as coal miners in the city of Black Diamond, Washington.

Their son, Mario's grandfather, was never naturalized in the United States, so Paolo's lineage therefore qualified him for Italian citizenship.

He jumped at the chance to play for the Azzurri.

"Italy gave me a chance I couldn't refuse, to play at the senior level," he said. "It's a team of pros, being with them will help me grow a lot. "I'm proud to wear the Azzurri jersey. I will never forget when I received it for the first time. It is framed in my room. I'm proud to be playing for Italy, and proud about the heritage of my family.

"It will be challenging and I know I will learn a lot. I'm the youngest, and ready to soak in all the things they will teach me."

Riccardo Fois, the Director of Player Development for the Phoenix Suns who oversees the development and recruitment of Italian-US prospects for Italy's national team, can hardly wait to see Banchero play for the Azzurri.

"Obviously, we are talking about one of the best prospects not only in the US but in the whole world at his age," Fois said. "He's a versatile wing, a modern player, who can play with the ball, without the ball, push it in transition, shoot from the mid range, shoot from behind the three-point line, attack the rim. I love his physicality on both ends of the floor. He's always impacting the game.

"He's a winner," he said. "He's been a winner his whole career. In high school when he was a sophomore, he led the team to a state championship. Same thing with his AAU team."

As for his father, Mario Banchero envisions a seamless transition to Italy's national team for Paolo.

"To play with pros won't be an issue for Paolo," he said. "He's used to working hard and his game is perfect for the European style of play. He likes to play defense, to crash the boards, to pass the ball: he could become the perfect synthesis of the NBA and the European game on the floor. You improve only if you keep raising the bar: Paolo is ready to do it."

Banchero excelling in sports shouldn't come as a surprise, with both of his parents having done so too at the University of Washington.

"I WANT TO BE DRAFTED IN THE TOP 5, MAYBE EVEN AT NUMBER ONE."- Paolo Banchero

His father played for the Huskies' football team, while his mother Rhonda performed at such a high level that when she graduated, she was the school's all-time leading scorer and rebounder. She then played professionally in Europe, and also represented the United States internationally. The University of Washington inducted her into the Husky Hall of Fame.

Having followed the footsteps of his parents into the world of sports, Paolo is likely to be an NBA draft pick in the not-too-distant future. And he's quite ambitious.

"Not only do I want to get to the NBA," he said. "I want to be drafted in the Top 5, maybe even at number one. I want to be an All-Star, to win titles. Be one of the best ever. I know these are very important goals, but it is what I want to achieve, one step at a time."

While Banchero admires LeBron James, he learns a lot by watching other players as well, trying to find elements of their game he could use himself.

"For my game, I study Tobias Harris too, in addition to LeBron and Ben Simmons because I want to be a wing that can create, pass the ball and handle it," he said. "And then I love Anthony Davis, Carmelo Anthony: I try to learn from the big wings that can do everything on the floor."

Fois is certain that Banchero will be an asset to the Italy program.

"We're thrilled to have a winner, a competitor, a very young talent like Paolo join our team," he said. "Because if you think about him, you think about Nico Mannion, Abramo Canka, Matteo Spagnolo, Sasha Grant, we think we can build something special.

"Paolo comes from a very sports-oriented family. He's grown up with certain values that translate in his work ethic. He's very mature for his age, he really understands where he is and where he wants to go, and the dedication and hard work that it takes to get there. That's why I think his impact on the floor will be huge for our national team: he fits the values and the pillars that we're going to build our program on in the upcoming years." 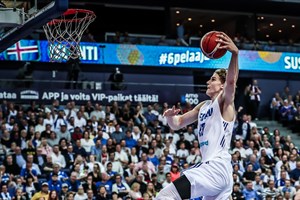 Finland looking to have Markkanen for EuroBasket 2022 Qualifers in Espoo 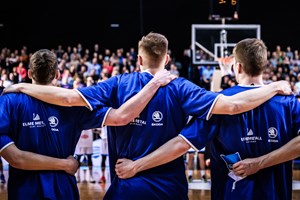 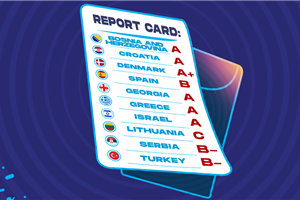 Upset heroes top the class: What grade did your national team get for November? 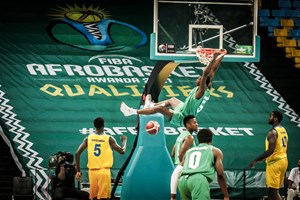