Belibi: Dunk-ready for Bangkok, drawing inspiration from LeBron and Serena

COLORADO SPRINGS (USA) – While the team-first concept is rightly at the top of the list for USA rising star Fran Belibi, she might still find herself catapulted further into the limelight by making FIBA U19 Women’s Basketball World Cup history.

The current buzz around the teenager could be about to rocket skywards if she becomes the first player to throw down a dunk at the event – something which is certainly not out of the question. You only have to take a look at her ever-expanding online collection of throw-downs, all of which are a sensation with fans around the globe. 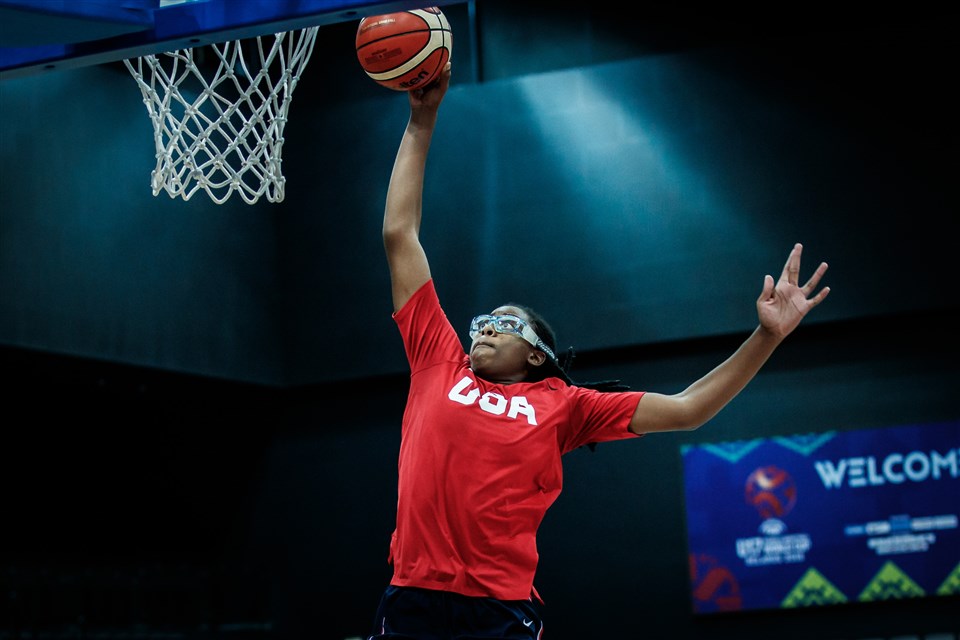 Being the first player to dunk in a high school game in the State of Colorado was an impressive landmark, while one of her subsequent one-handed dunks has smashed past the eye-bulging number of 3.5 million twitter views. Such is her popularity, Belibi is now being subject of the dubious modern day tribute of having fake social media accounts set up in her name. Maybe that is not really a surprise, when you consider that she has the full repertoire in her locker – including reverse and one-handed jams.

Consequently all eyes will be on Belibi when the action gets underway in Bangkok and the big question is whether she is feeling ready to put her name up in lights by dunking in the Thai capital?

“That would be super cool – although I am not too sure how the Coach would feel about that,” laughed the forward.

“It depends what is going on in the game, although I know my team-mates would get pretty excited.”

She confesses that it is difficult to know in advance whether the opportunity will arise – with some of her dunks off the cuff and others having been thought about in advance. Meanwhile Belibi has also started tracking the progress of other female dunkers in the game, as the trend of more rising stars going above the rim gathers increasing traction across social channels.

“For a dunk contest, those are all definitely planned. For the alley-oops, it also takes some planning just because there are two people involved,” she mused.

“It really just depends on how I am feeling and if I have the steps right and if we are up or down in a game. I think all other dunks are pretty reactive.

“I do try to keep up with other female dunkers and I got onto Instagram recently, so I can see a lot of those and it is really exciting - especially when I see girls who are like ‘Oh I can finally try to do this’ and then they get it.

“I am very excited seeing another girl dunk and I am always there cheering for them," stressed Belibi.

What was also striking about her insight is that she was also quick to highlight how dunking is not a silver bullet for those concerned about a so-called 'gap' between men and women’s ball.

This is to all the women who have paved the way in any area of life; to all the mothers and fathers who push their little girls to break the status quo; to all, from both genders, who embrace women’s excellence; to the next generation of girls who are not afraid to try new things and to the men by their sides who are strong enough to support them unconditionally: thank you for giving me a chance🙏🏾🏀💖@overtimetrey

“I think it is just another part of the game,” she stressed.

“I think a lot of girls can dunk and just choose not to, as they would rather get the 2-points which is a really fundamental way of looking at it. I think that is really important. When you care too much about the dunk, you don’t appreciate the other stuff that players can do.

“I mean yes, it gets some people to watch, but at the same time women’s basketball has so many fundamentals and the girls try just as hard as the men do. So it’s important that you get excited for a dunk, but you also remember they are real players too,” added the Stanford-bound star.

FROM LEBRON TO SERENA

Still near the start of a journey which looks set to catapult her to stardom, who does Belibi look up to for inspiration?

“I think from an athlete standpoint, two people who inspire me are Lebron James and Serena Williams,” she states.

“Just because of their longevity in their respective sports and how hard they try. Also they aren’t just doing it to play their sport, but they are doing more for their community.” 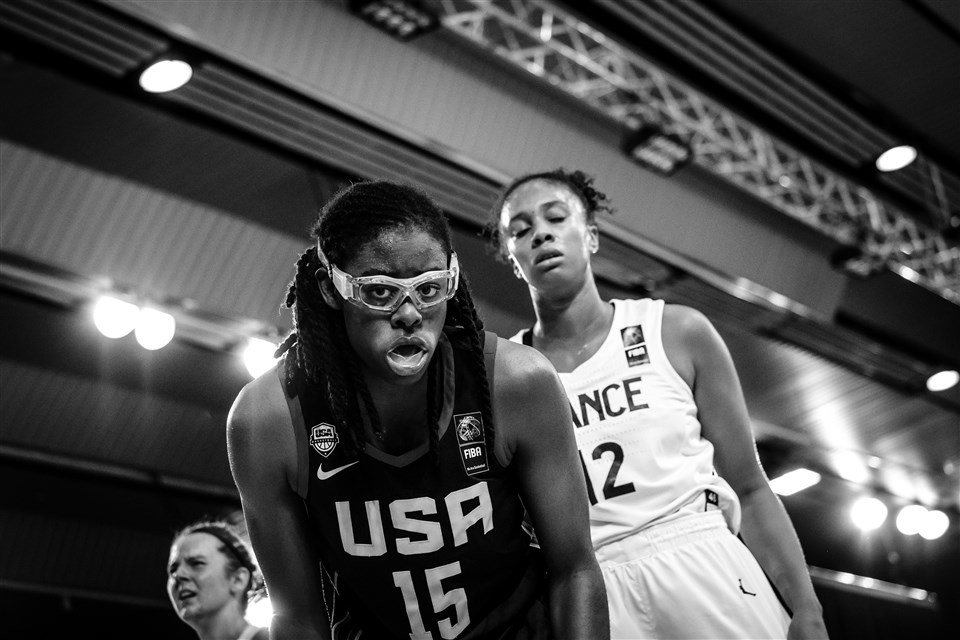 Naturally, Belibi is also a fan of several stars of the USA senior team too and continues: “I admire Nneka Ogwumike my fellow Stanford buddy. I just like how she plays as she is really aggressive. I also like how Breanna Stewart plays just because she is so versatile and I really enjoy watching her. Plus, Sue Bird because she just passes so perfectly.”

The mention of Williams is no co-incidence, since Belibi could have found herself on a tennis court instead of a basketball court – but the draw of competing as part of a team has proved compelling.

She said: “I used to play tennis which is a really individual sport and every day you have to get by yourself and do everything by yourself.

“Having teammates and playing a sport that requires being part of a team you get to be around other people and get to understand what to take as an athlete into the real world and really use all that stuff. I just really enjoy this aspect of playing. 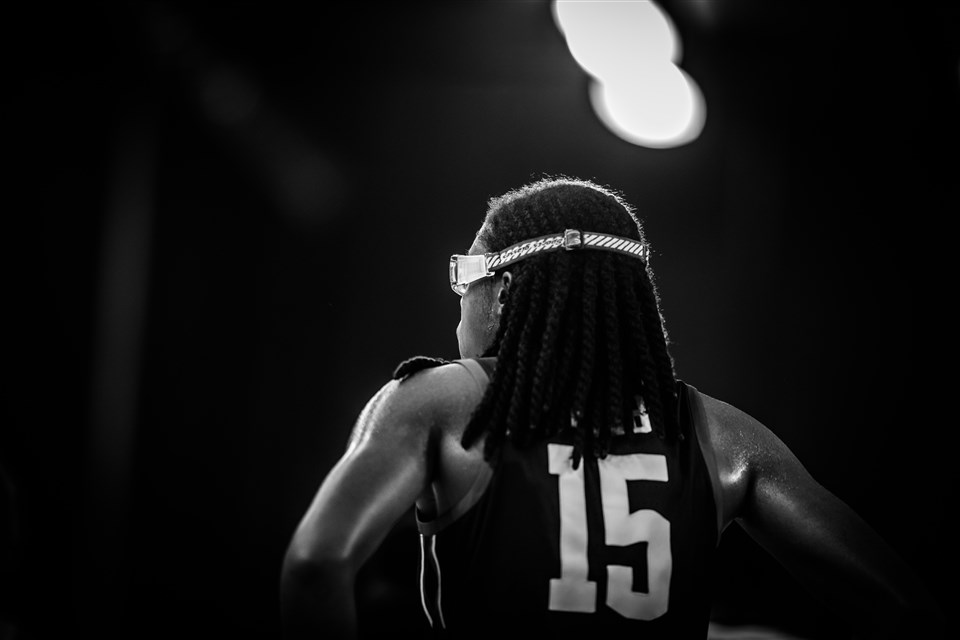 Two years ago, USA famously lost their crown in Udine during a classic Final with Russia. This edition will see USA looking to recapture the title and initiate the same kind of domination which previously witnessed a string of consecutive trophies.

It also saw current WNBA stars like Breanna Stewart and A’Ja Wilson land gold and get awarded MVP accolades.  The history of the FIBA U19 Women's Basketball World Cup certainly not lost on Belibi, who was merely relieved to have made the final roster.

She stated: “It’s really surreal and an honor. You never really come in expecting to make a team, you just hope you did enough to make it.

“When you hear those names it makes you stop and think – like wow! I am honored to be a part of it, but also there is a lot of work to do to get to their point and to keep up the tradition. 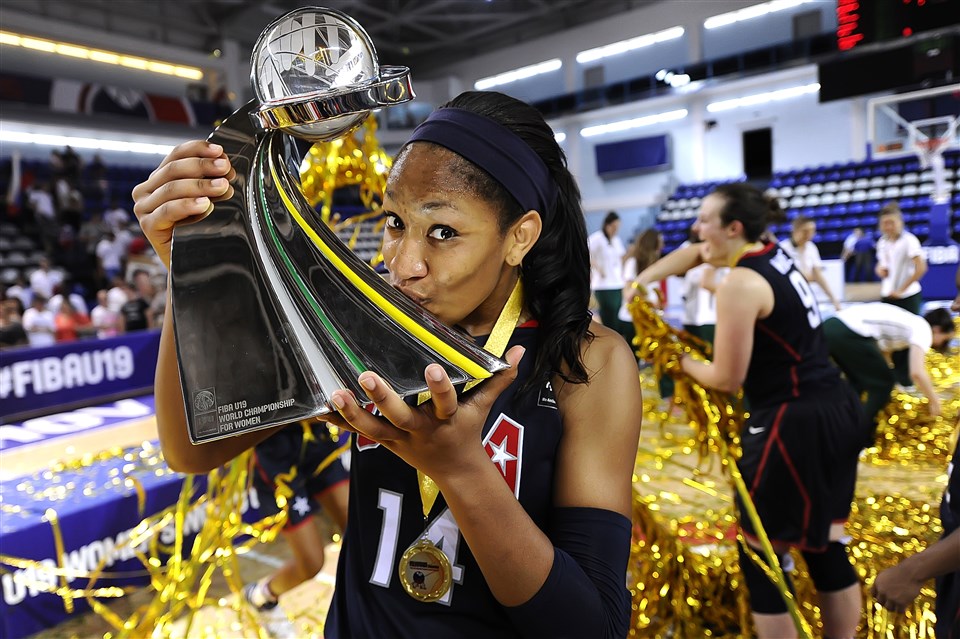 “I am most looking forward to just playing with the girls as a lot of them have played at the College level and a couple won a National Championship last year.

"So, just to be able to play with them and learn from them as well as the coaches, and to grow my game and again be part of USA basketball is what I am looking forward to most.”

As for the rest of us, we'll all be captivated by Belibi’s every move and wondering if she really will write her name into the history books of this flagship FIBA competition. 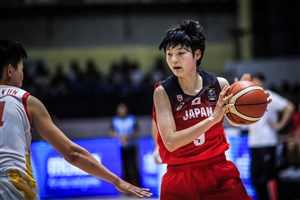 Konno: From a love of Fujioka to why basketball is life 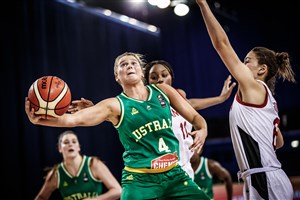 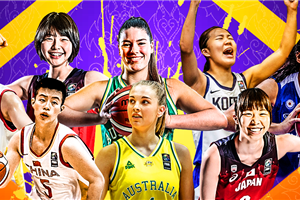 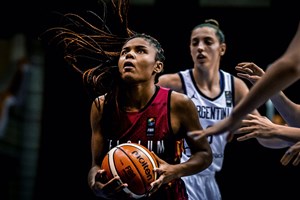