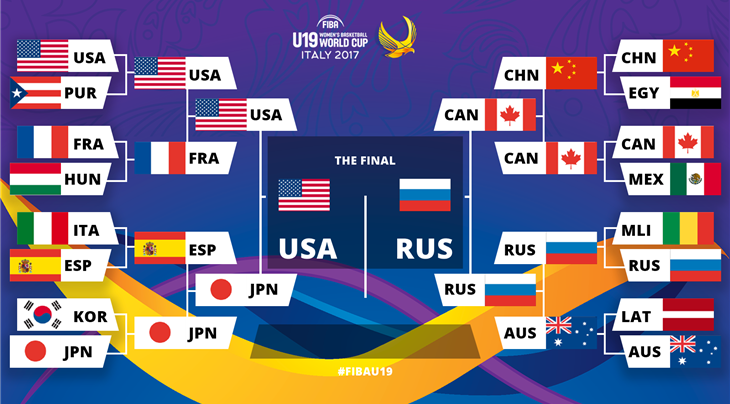 Will Russia exact revenge on USA in Final repeat?

After being taken down in front of their home fans 78-70 in Chekhov two years ago, they are looking to make amends as something has to give, with neither team having yet tasted defeat in Udine.

Watch the Final live on YouTube.com/FIBA. If geographical restrictions apply, please find the available broadcaster in your respective country/territory here. Get live updates via our blog.

Key Matchups: The frontcourt battle is going to be immense. The in-form Joyner Holmes is likely to guard the red-hot Raisa Musina or Maria Vadeeva, with the option of Bella Alarie or even Hebard joining that assignment.

Key Stats: Both teams are the leading scorers in the competition and have almost an identical shooting percentage. Russia are up to a tournament-high 35 percent from three-point range, although that was distorted by their amazing shooting effort against Canada in the Semi-Finals. Russia have the edge on the glass with 58 boards per game compared to 55.8 - but they only get 5.5 steals per game which is the second worst in the entire competition.

X-Factor: Will the superior depth of USA and their bench be the telling issue? They have many more options than their counterparts and have been wearing down their opponents in the second-half of games. If they play quickly but with composure like they did against Japan, this could cause Russia some problems. "2015 is history now and the important thing is we get the chance to show we can be the best team. Playing the USA is most interesting for us because they are the best-known basketball nation and we always want to try and beat the best. We are proud to make two successive Finals and will do our best to prevent the mistakes that cost us in the last Final." Russia captain Raisa MusinaRussia captain Raisa Musina

"It's even more exciting for me with it being a re-match and I know they will be looking for some payback after we made that late run to deny them in 2015. That means we have to be ready to fight. Everything goes through Maria Vadeeva and Raisa Musina and that is what we will be focusing on - but also making sure we don't overlook the other players they have." USA captain  Crystal Dangerfield USA captain  Crystal Dangerfield

History is guaranteed in the 3rd-Place game as both Canada and Japan are searching for their first ever podium step in the competition. 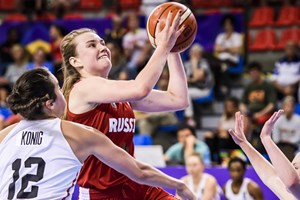 Musina making run towards All-Star Five and U19 world title

Have Japan posted the most unselfish performance in basketball history? 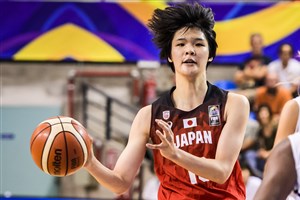