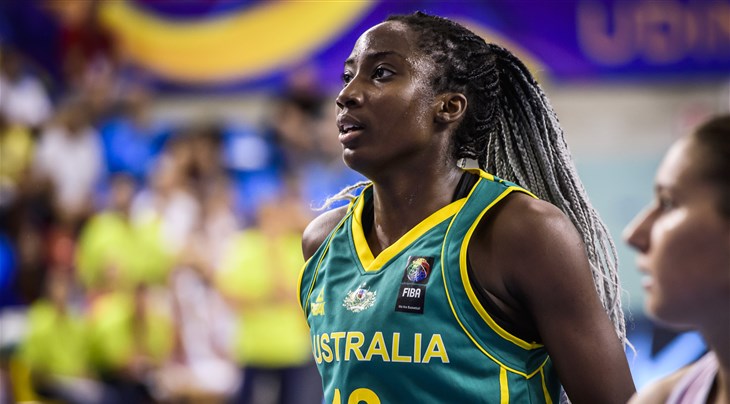 Magbegor surprised by her pace of progress

UDINE/CIVIDALE DEL FRIULI (FIBA U19 Women's Basketball World Cup) - While the mere mention of the supremely athletic and talented Ezioyda Magbegor creates a buzz within Australian basketball circles and beyond, the player herself can't quite believe how quickly she is evolving.

Competing at her second FIBA U19 Women's Basketball World Cup, the center is the jewel in the crown of the Gems and someone already in sparkling form for her team.

Whether it is her rebounding prowess, shot-blocking ability or scoring at the basket, Magbegor has a huge future in the sport. That was evident in 2015 when she was one of the youngest players in Chekhov and ended up with a bronze medal.

She then went on to make history last year at the FIBA U17 Women’s World Championship as Australia won their maiden title, with Magbegor leaving Zaragoza with a gold medal and the MVP accolade.

It’s been a whirlwind journey and one that has been at a pace which has surprised the teenager.

"I have grown a lot in the last couple of years and maybe just how much I have evolved has come as a shock to me," she revealed. "But it has all been about being around the right people and we all keep each other grounded, something which is hugely important to me."

It's true that Magbegor is very much the centrepiece of Australia's roster, but spend a few minutes with her and you quickly realize just how much of a burning desire there is to move the spotlight away and onto the team itself. 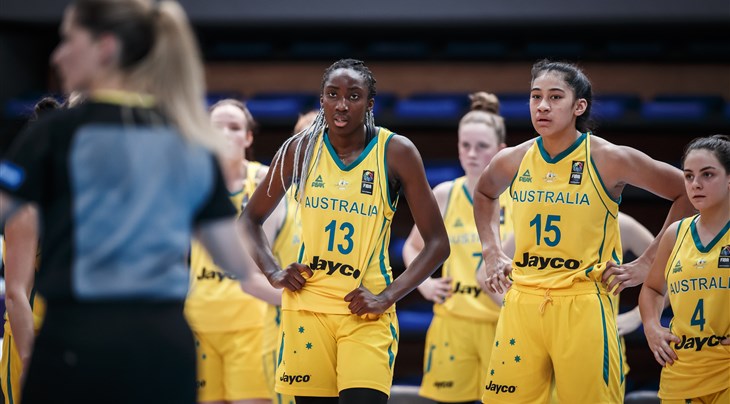 While not exactly a reluctant rising star, it does speak volumes about her personality, approach and commitment to her colleagues - characteristics which make her stock rise even higher.

She stated: "It helps having girls who have played on the same team from Zaragoza last year and many of us know each other from the Centre of Excellence in Canberra, so we are really good when we're together.

"Having that bond both is important and I think the friendships and relationships we've built off the court definitely helped us on the floor last year and was shown in our game play.

"In this competition we are a young team and it is different when you have to go up against opponents who are professionals and playing in competitions like EuroLeague Women. We expect to be competitive and have to not only apply our skills, but also do what is takes to match their physicality - especially if we want to get a medal again.

"These are the best teams in world and so we have to be at our best," she warned. 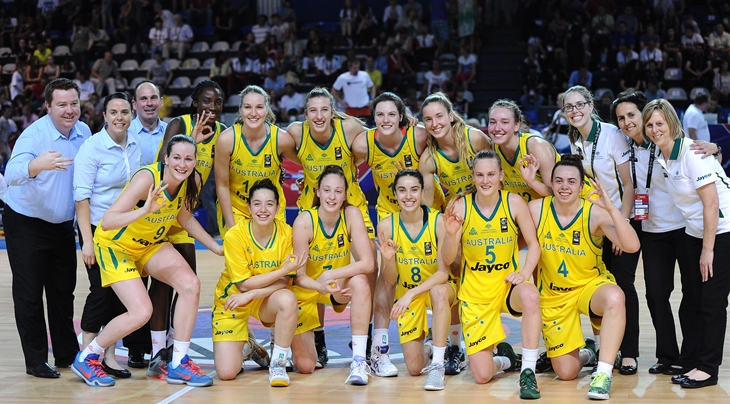 Magbegor celebrated a bronze medal at the 2015 edition in Chekhov

If Australia do make a deep run towards the podium as many are anticipating, there are some potentially mouth-watering match-ups in the pipeline. It's something which Magbegor herself is anticipating - even if she is trying not to look too far past the next game.

"Maria Vadeeva was a big player in 2015 and that was a good challenge in the Semi-Finals when we eventually lost," she recalled. "But, it's been two years and a lot has happened to the likes of Maria since then - although also for myself and Anneli Maley. We do have a background and a history for sure, but we just have to make sure we take the games as they come."

The sky is the limit for Magbegor and she will also be watched closely by Canberra Capitals, having recently penned a deal to play for the WNBL side during the forthcoming 2017-18 season. 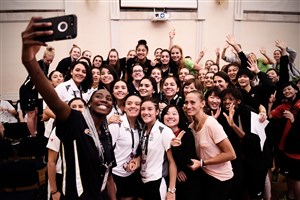 Social media skills given a high priority at players workshop

Tickets for Quarter-Finals up for grabs