RIGA / DAUGAVPILS (Latvia) - United States remains atop youth basketball around the globe by fending off France 83-81 to capture the FIBA U19 Basketball World Cup 2021 title and defend their crown.

Kenneth Lofton reigned in 16 points and 7 rebounds while Jaden Ivey also scored 16 points and Michael Miles chipped in 11 points, 7 rebounds, 6 assists and 4 steals for the Americans. Chet Holmgren shined during the times it mattered most in the Final. The tournament MVP scored 10 points and added 5 assists as USA Basketball added the 2021 crown to their extensive eight-title collection that also includes victories in the 1979, 1983, 1991, 2009, 2013, 2015 and 2019 events.

Early in the fourth quarter, France led 68-64. That's when MVP Holmgren went to work to turn the momentum USA's way by  scoring five straight points that sparked an 11-0 run to pull ahead 75-68. France tried to get back into the game and trimmed the deficit to two points with 28 seconds left, both USA's Lofton and Kennedy Chandler both grabbed offensive rebounds in the closing seconds to secure the American's win.

France had already secured their best-ever performance at the U19 World Cup by reaching the Final after having claimed third place in 2007 and 2019. But the Europeans were not ready to just hand the United States the glory.

The Americans had trailed only 49 seconds throughout the entire tournament coming into the Final but France showed they meant business. Star French talent Victor Wembanyama kept Frederic Crapez's team in the game until he forced to the bench with foul trouble as Holmgren took over.  Wembanyama's 22 points, 8 rebounds and 8 blocks were not enough though as France will head home disappointed that they came up just short.

In the Third-Place Game, Canada defeated Serbia 101-92 thanks to 31 points from Bennedict Mathurin as the North Americans claimed their second-ever U19 World Cup medal following the title in 2017.

The TISSOT MVP award for the tournament went to Chet Holmgren of the United States. Joining him on the All-Star Five were his USA teammate Jaden Ivey, Victor Wembanyama of France, Zach Edey of Canada and Serbia's Nikola Jovic.

Hungary will host the 16th edition of the FIBA U19 Basketball World Cup 2023. 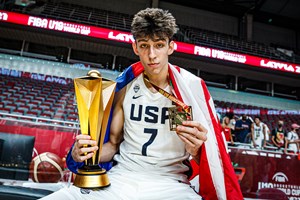 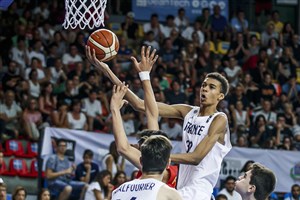 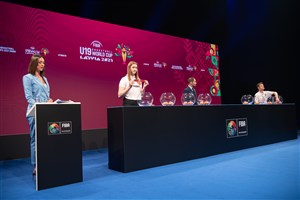 Draw results in for FIBA U19 Basketball World Cup 2021