RIGA / DAUGAVPILS (Latvia) - The FIBA U19 Basketball World Cup 2021 is done and dusted with the United States repeating their crown. And while for most of the players the tournament will be stored away in their memory as a once-in-a-lifetime experience, there are a dozen players who actually could get the chance to shine again on the global stage in two years.

And some of the players in Latvia who were born in 2004 were already stars for their teams and could be considered world superstars by the time the FIBA U19 Basketball World Cup 2023 in Hungary comes around.

France big man Victor Wembanyama showcased a skillset oozing superstar talent and wowing observers that he could do those things at his size … and his age as he was one of 12 players born in 2004 or later - meaning they could play again in the competition in 2023 should their nations qualify to compete in Hungary.

Wembanyama earned a spot on the All-Star Five and would have likely been named TISSOT MVP had France knocked off the United States in the Final. Throughout the tournament, he showed just how much of a leader he already is. And he sounded like a leader off the court as well.

"What I learned most from this tournament was leadership. Even though I was the youngest, I wasn’t considered the young guy by my teammates and I love that. Because they respect me and my game. And I tried to give back what they gave me and help them be better," said Wembanyama, who averaged 14.0 points, 7.4 rebounds, 1.4 assists and a tournament-best 4.7 blocks.

Wembanyama wasn't the only 2004-born player to leave Latvia with a medal in his suitcase. Wonderkind talent Elijah Fisher of third-place finishers Canada impressed observers with his explosiveness and a game that shows he's a man among men. Actually, it was certain that a 2004-born player would bag a bronze medal as fourth-placed Serbia included 17-year-old Nikola Djurisic.

Another of the European 2004-born talents who really shined was Juan Nunez, who showed maturity well beyond his years not to mention a superb playmaking game plus killer instinct for Spain.

"It was good playing against older guys, learning how to play against more physical guys and be more intelligent and with more intensity. And I really think I have learned that," said Nunez, who played for Real Madrid in this season's Spanish league playoffs and was a late arrival to Spain's training camp for the tournament.

Spain grabbed fifth place in the tournament, finishing the tournament with a victory over Lithuania, who had big man Motiejus Krivas, another of the 2004-born players.

Of course, just because all of these players would be eligible to play in the U19 World Cup, it doesn't necessarily mean they will show up in Hungary as the countries must first qualify and some of the players could be headed to the NBA Draft for example.

Two of the 2004-born players in Latvia were lucky enough to get tips from players who had already been major parts of their respective countries in 2019 when they themselves were two years younger.

Abdramane Kanoute came to the FIBA U19 Basketball World Cup 2021 with the high expectations of trying to lead a Mali team that two years ago shocked the world by finishing second. The guard at least had Oumar Ballo by his side, the center who was named to the All-Star Five in 2019 despite still being a few days shy of his 17th birthday. 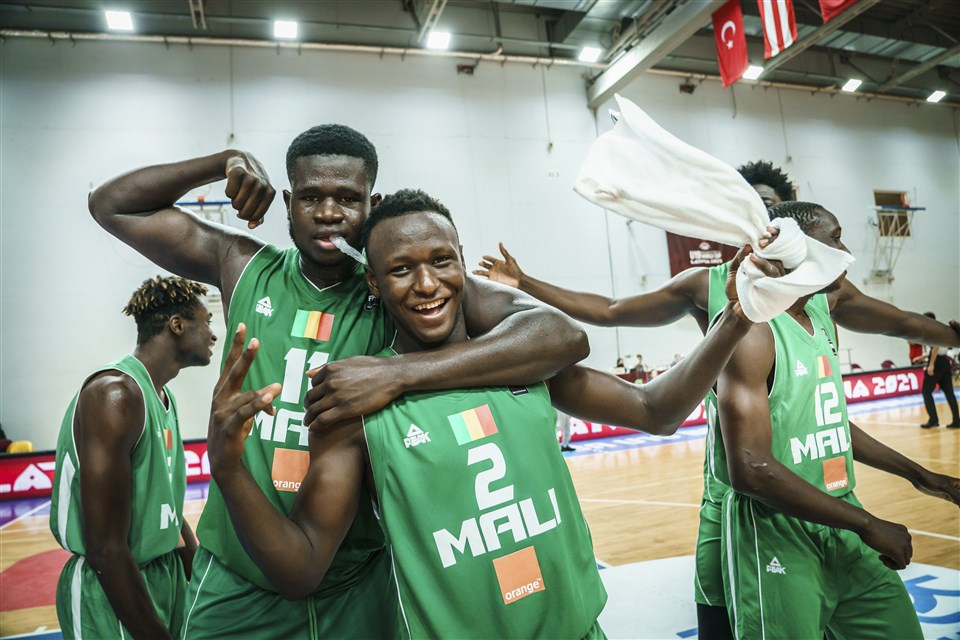 Oumar Ballo (No. 11) talked a lot during the tournament to Abdramane Kanoute (No. 2)

"This competition will help me a lot in the next one," said Kanoute, who couldn't keep Mali from finishing 13th in Latvia. "I would think I would be the team captain because I have the experience of how to play the game and how the U19 World Cup looks like. I will take this as a challenge because we didn't get what we were expecting this year. And we will be ready in two years."

Ballo said he spent a lot of time during the tournament talking to Kanoute about how to use this experience for the future.

"I told him the whole tournament, you will have another chance to play this tournament - just like I did. He had a chance to join us. He needs to look at us as examples for the next one to be there for the team," Ballo said.

Just like Kanoute had Ballo to talk to, Australian Yaak Yaak had Tamuri Wigness to ask about how he dealt with playing at this competition despite being two years younger. 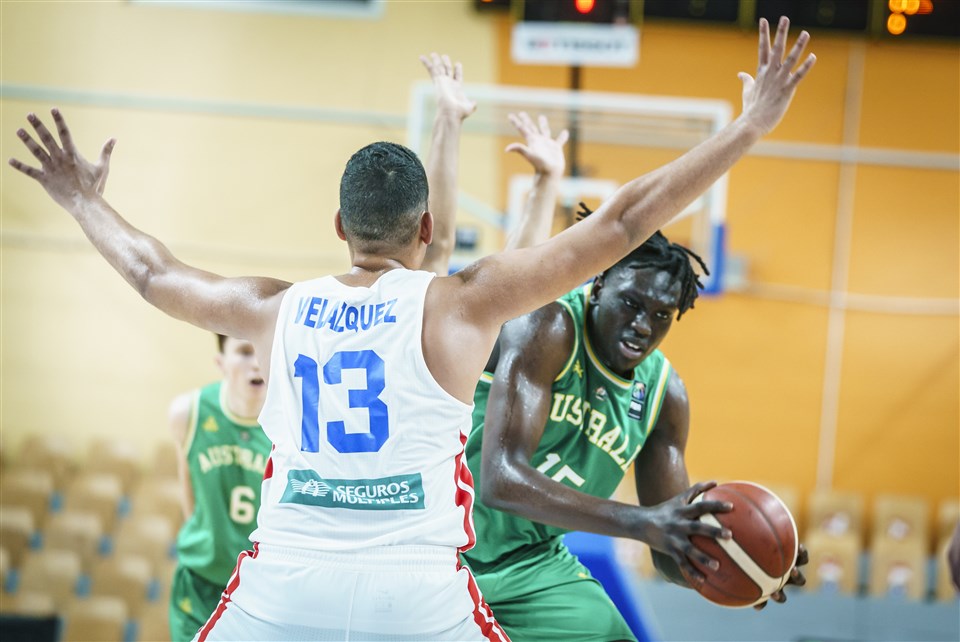 "Tamuri's been a great leader for me and the whole team. He taught me how to take losses. Sometimes being the young guy you don't get to play heaps of minutes. He just told me to keep being myself and play hard in the minutes that I do get," Yaak said of Wigness, who led the Australian team in assists two summers ago.

Yaak himself said he has learned a lot from his experience.

"Everyone is big and strong. The competition level is very high. I've taken a lot of things that I can take back to Australia and work on my game so I can come back to the next one and hopefully dominate," Yaak said.

Korean center Lee Doyun did not get to play much - appearing in just three games - but he still took a lot from the tournament.

"I saw that I personally wasn't a big help to the team so I saw that there is a lot of room to improve and learn and get better. This will be a great motivation for me in the future," he said.

Japan's Yuto Kawashima was the youngest player in the competition, having been born on May 27, 2005. And the tournament was a great lesson for the power forward. 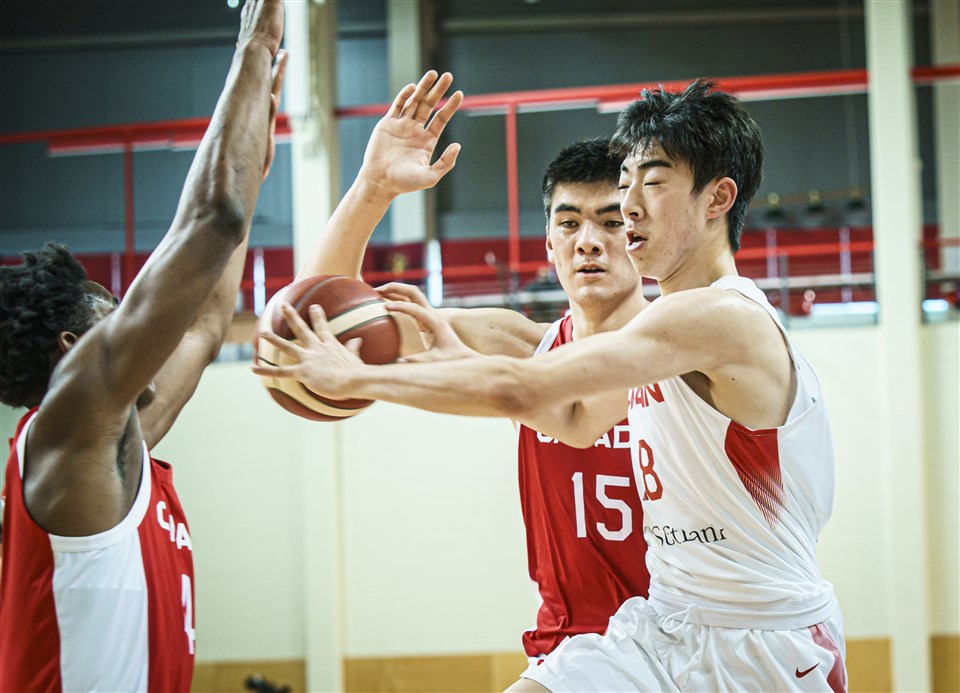 "I came to this World Cup to experience what I have to be in the future. And I will take this back home and work hard to make sure to come back," he said.

Kawashima also got the invaluable chance to face some of the world greatest players as Japan played against the likes of Canada, Serbia, Lithuania and Turkey.

"I was able to play against some players who will be playing in the NBA in the future. That will be my future image of where I want to be," he said.

"We have seen the level of the other big teams in Europe and around the world, and it's a really big chance for my generation. I will talk to the rest of my generation about the toughness of the teams at the World Cup," said Buyuktuncel. 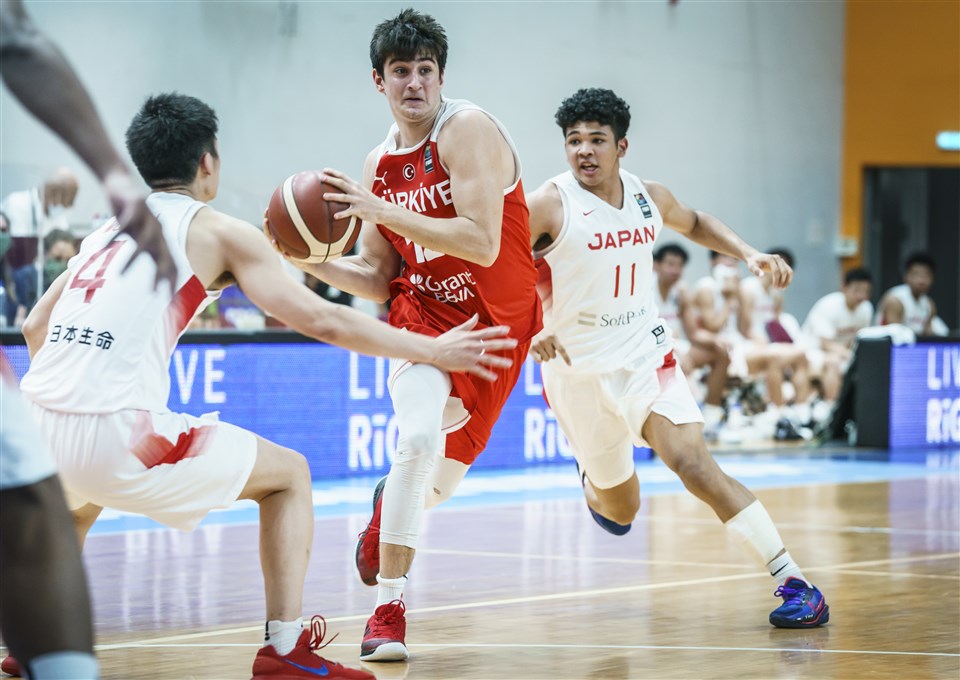 Yigitoglu admitted that he was nervous on the court, playing for the national team for the first time, just like the other two players from his age group.

"It's a great experience playing with these older players on this kind of stage. I'm actually nervous because it's my first experience with the national team. It also gives me a chance to improve my game because I play with older players and they pass their experience to me," Yigitoglu said.

Yildizoglu meanwhile said it was good for him to be playing in Latvia along with Buyuktuncel and Yigitoglu.

"It's really important for us being here two years younger. I believe we will be here in two years with our own generation. We had a good chance of seeing the level of toughness and cleverness of the other teams and we will prepare for this for the next two years to then tell the other players how difficult it is to play," Yildizoglu said.

He added: "If I had a chance to play this tournament all over again, I believe I would be twice as good as I was at the beginning."

Lucky for Yildizoglu, he might get another chance to play at the FIBA U19 Basketball World Cup in two years - like the others from the 2004-born generation in Latvia. 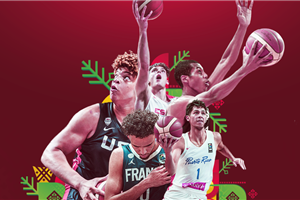 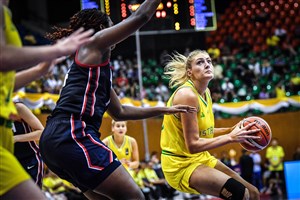 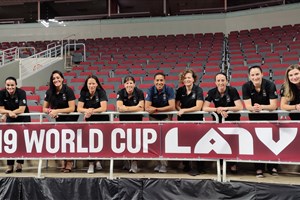