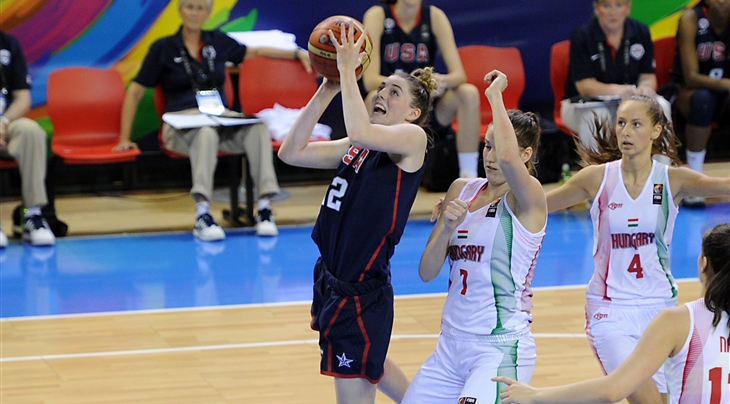 Underlining her status as a leading contender for tournament MVP, Samuelson once again held the hot-hand, facilitating a three-point shooting clinic during the first quarter with an eye-bulging six triples en-route to a 25-point haul.

It was a superb effort and one which resulted in her becoming the USA player with the most three-pointers in any FIBA U17 World Championship for Women game.

Although despite the devastating downtown display from Samuelson during the opening 10 minutes, Hungary still managed to just about hang tough in a free-flowing opening period at 32-26, helped by some big shots by Debora Dubei.

While Samuelson didn't add to her total in the second quarter, USA remained on top with Joyner Holmes stepping up to the plate, although Hungary prevented them from racing away by pushing the ball hard in transition.

Indeed Hungary head coach Andrea Meszarosne Kovacs probably thought her team could have made even more lay-ups on the break than they did. With Virag Kiss doing some great job on the glass, she perhaps felt aggrieved her team had fallen 46-39 behind at half-time.

Looking to establish much more daylight between their opponents when the action resumed, USA began to press harder defensively and Hungary began to struggle to cope.

Asia Durr began to pull the strings and threatened to push the margin for USA over twenty points, but Dubei converted from long-range to haul her team back to within 15 with 90 seconds of the third quarter still to play.

As hard as Hungary tried to work themselves back into contention and further bridge the gap, USA had too much depth and were able to pull away even further in the last period.

As well as the major contribution from Samuelson, there was an excellent cameo from Durr which harvested 17 points and six assists.

Dubei weighed in with 16 points for Hungary, with Kiss also adding 12 points and was just one rebound short of a double-double.

Hungary will face European rivals Czech Republic in the Third-Place game, while the USA go for a third U17 title against Spain in the Final. 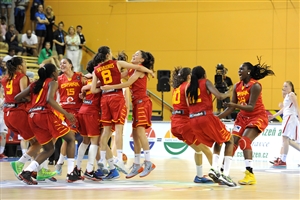 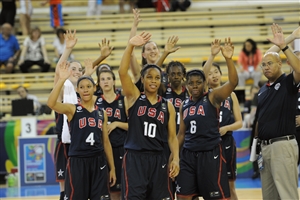 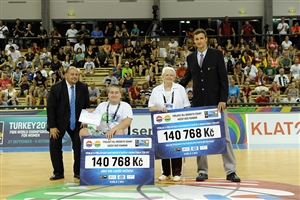 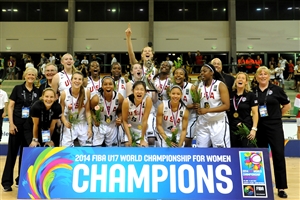 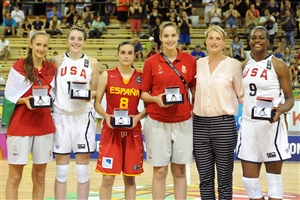