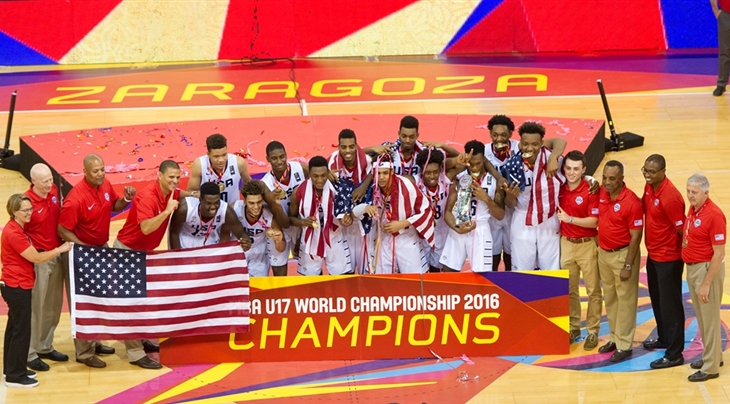 Turkey were paced by Ragip Berke Atar with 13 points while Eray Akyuz had 12 points for the U17 Worlds debutants, who were the first European team to reach the final since Poland in 2010.

Turkey came out with a punch, forcing three USA turnovers and taking an 8-2 lead. But the Americans finished the first quarter on a 23-2 run to go up 25-10. Don Showalter's side continued to pour it on in the second quarter and extended the lead to 50-20 at intermission. The title holders never took the foot off the gas and extended the lead out to 40 points in the historic win.

Third place went to Lithuania, who rolled past Spain 81-63 to reach the podium for the first time in the competition's history. Arnas Velicka collected 18 points, 8 assists, 6 rebounds and 3 steals and Ignas Sargiunas scored 14 points to lead Lithuania. The hosts Spain fell behind by 15 points in the first quarter and never got back into the game despite 17 points and 15 rebounds from Sergi Martinez.

Canada finished their U17 Worlds in strong fashion with a 99-68 blowout of France for 5th place. Ignas Brazdeikis collected 26 points and 10 rebounds for the Canadians, who lost at the Quarter-Finals stage for a third straight U17 Worlds. Danilo Djuricic added 14 points for Canada while Jaylen Hoard scored a team-high 17 points for France.

After reaching the final in the last two U17 Worlds, Australia finished seventh in Zaragoza as Patrick Bines scored 13 points and Sam Froling collected nine points and 15 rebounds. Lee Junghyun paced Korea with 21 points, five assists, four rebounds and four steals as the Asians picked up their best-ever placing.

To re-live all of today's action, you can also go to the FIBA live feed. 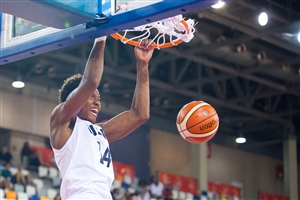 Carter not just acting the part of leader for USA 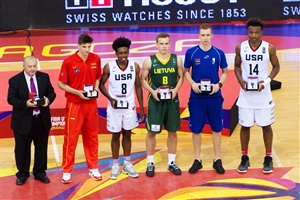 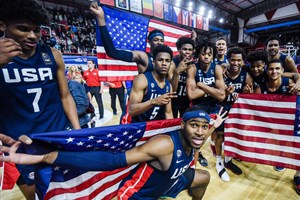 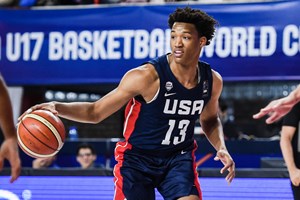 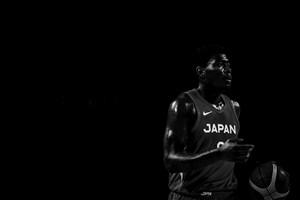