MUNICH (Germany) - It was a great first window of the FIBA Women's EuroBasket 2023 Qualifiers for Latvia as they relied on a mammoth effort from Anete Steinberga to soar past Sweden on Gameday 2.

Building on an opening day triumph in Israel, Steinberga lit it up in a big way for Latvia against the Swedes to ensure they sit proudly unbeaten. The center tortured the opposing defense with 34 points, 13 rebounds, 4 assists and 4 steals in an 89-70 win as she harvested a massive performance efficiency valuation of 42. 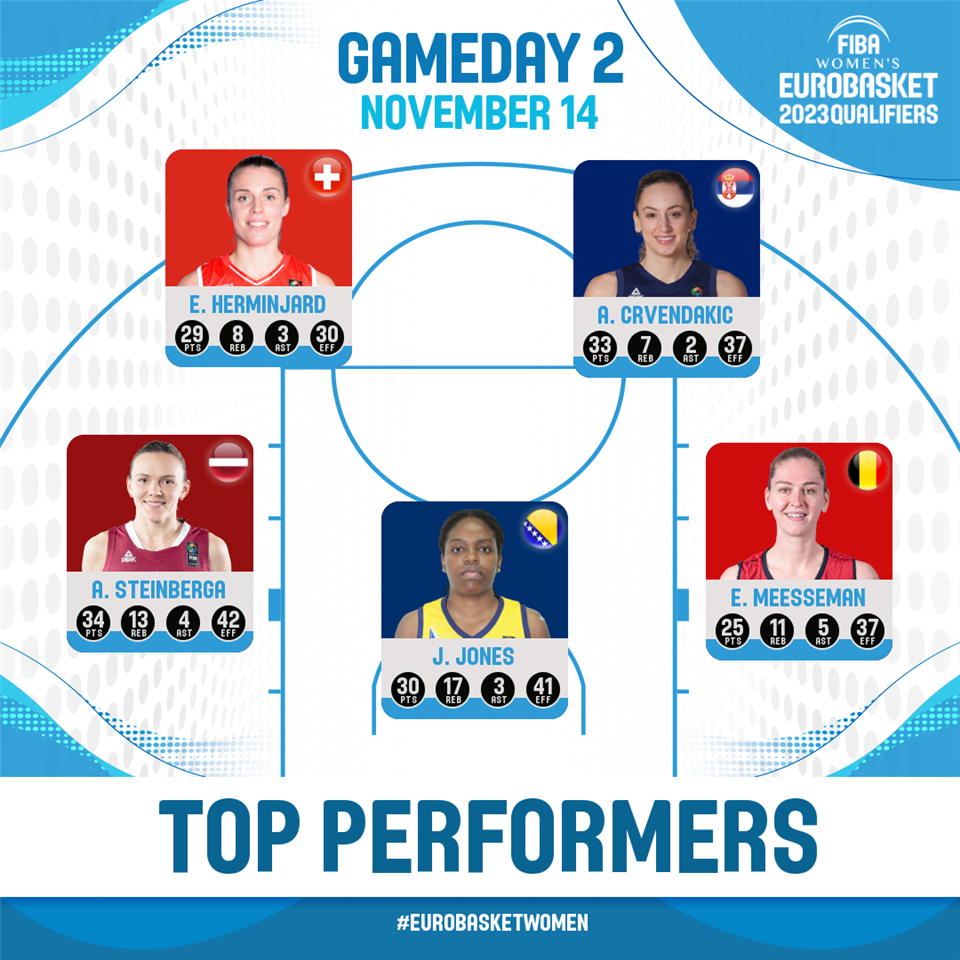 After an amazing performance on Gameday 1, Jonquel Jones was on fire yet again and only just fell short of Steinberga's valuation as the center led Bosnia and Herzegovina to the second win in as many games. Jones took apart North Macedonia with 30 points and 17 rebounds in an 80-64 victory.

It was Belgium who were shot down by Jones and Bosnia and Herzegovina in their first outing of the Qualifiers, but Emma Meesseman posted a towering display to get them the first win as they breezed past Germany 84-55 on Gameday 2. She registered a fine 25 points, 11 rebounds and 5 assists.

Meanwhile, Serbia's title defense got off to a winning start as they came out on top 84-66 in a Balkan derby clash with Croatia. Aleksandra Crvendakic was the standout performer in the game with a dazzling 33 points and 7 rebounds.

While Switzerland couldn't make it two wins in a row and fell to a 65-50 defeat against Slovakia, there was still reason to give huge kudos to the work of Evita Herminjard. The guard showed out again, this time coming up with 29 points, 8 rebounds and 3 assists. 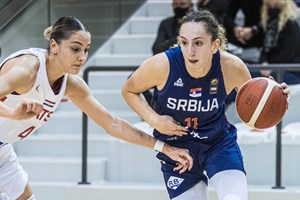 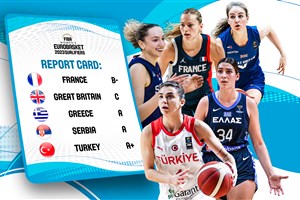 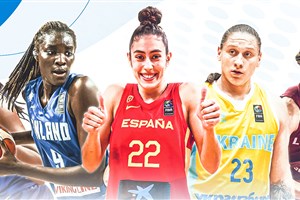