Who could break the Women's EuroBasket single-game scoring record?

STRASBOURG / VALENCIA (France / Spain) - There have been some incredible scoring performances by players during the 83 year history of the FIBA Women's EuroBasket.

Looking back from the very first edition in 1938, it is Polish ace Romualda Gruszcynska-Olesiewicz who has the honor of sitting top of the chart and also as the only person to have scored 50 points during a game in the competition.

However, it is arguably former Yugoslavia standout Marija Veger-Demsar who deserves maximum credit since she occupies three spots in the top five, which underlines the scoring talent she had when she was on the court.

In the fan vote below, you have the opportunity to predict which players taking to the floor in Strasbourg and Valencia could be the best candidates to make a claim and land on this all-time list.

Perhaps you will opt to vote for Sandrine Gruda who has just become the leading all-time scorer for France. Emma Meesseman of Belgium is always someone capable of racking up plenty of points - as is the free-scoring Cecilia Zandalasini of Italy. Meanwhile, Sonja Vasic will carry the scoring load for Serbia as they chase another podium finish and 2019 MVP Astou Ndour will be looking to repeat her form from two years ago.

Or, you may think it is someone else who is going to deliver a monumental scoring performance. 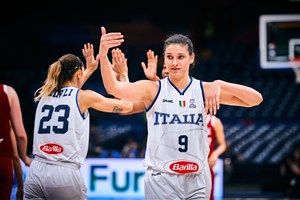 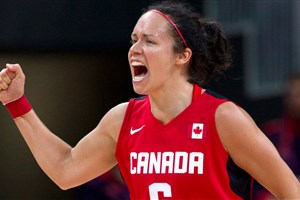 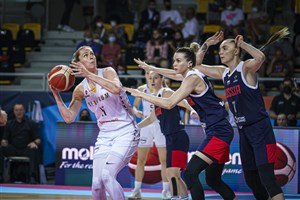 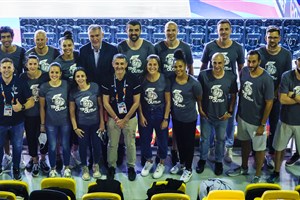 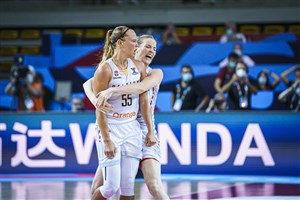