VALENCIA (Spain) - Serbia lifted on Sunday their second FIBA Women's EuroBasket trophy in history after overcoming France in the Final, just as they had done in the 2015 edition of the competition.

Head coach Marina Maljkovic's team prevailed 63-54 over France in a thrilling clash, behind Yvonne Anderson's 18 points, while Jelena Brooks also made a huge contribution with 15 points and 5 rebounds.

Serbia concluded the tournament on a flawless 6-0 record while France, who have now claimed a fifth silver medal in a row at FIBA Women's EuroBasket, had also reached the Final undefeated.

By conquering gold in Valencia, Serbia have now picked up their fourth medal at a major tournament in six years since, in addition to the 2015 title success, they had also celebrated bronze at the 2016 Rio Olympics and at FIBA Women's EuroBasket 2019.

Sonja Vasic spearheaded Serbia's successful campaign and she led the champions in scoring, assists and rebounds in the tournament as she averaged 15.5 points, 7.2 boards and 4.2 dimes per contest.

The Serbian small forward was voted TISSOT MVP of the tournament and was joined on the All-Star Five by Endene Miyem of France, the Belgian duo of Emma Meesseman and Julie Allemand and Jonquel Jones of Bosnia and Herzegovina.

Prior to the title game, Belgium defeated Belarus 77-69 behind a 21-point and 10-rebound double-double to claim the bronze medal. This was the Belgian Cats' second podium finish in competition history, after also finishing in third place in 2019.

Jones was the tournament's top scorer, averaging 24.3 points per game and also leading the competition in rebounds, with 16.3 boards per contest.

Slovenia and Israel will co-host the 39th edition of the FIBA Women's EuroBasket in 2023. 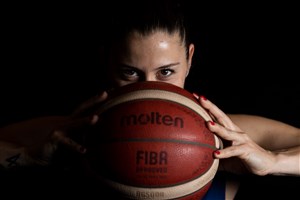 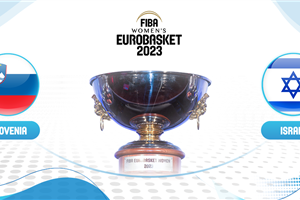 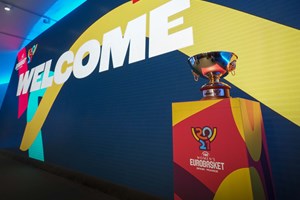