VALENCIA (Spain) - There was joy for resurgent Russia as they provisionally clinched a place in the FIBA Women's Basketball World Cup Qualifying Tournaments, on the back of a big win over FIBA Women's EuroBasket 2021 co-hosts Spain.

Spain are about to miss out on a global tournament for the first time since the London Olympics, nine years previously, after they endured a 78-74 defeat. The only way they can make the event in Australia next year is if they win gold at the Tokyo Olympics. That would also deny Russia their place, since Russia's participation is dependent upon Spain not being crowned the Olympic champions.

By contrast, Russia could make a return to the global stage for the first time since London 2012 after they showed their vast potential with an excellent performance.

Russia came from behind and then executed down the game stretch to seal a memorable victory anda a memorable tournament. Maria Vadeeva had a double-double of 14 points and 10 boards, while Raisa Musina weighed in with 20 points. In the backcourt, Kseniia Levchenko contributed an excellent 15 points and 9 assists.

"I am so proud and happy of my team because I thought that we played really good defense," said Musina.

"We had to stay focused for the whole game and especially in the last minute.

"We showed how much we wanted to win it and we are excited to now have the chance to possibly go to the FIBA Women's Basketball World Cup," added the forward.

The one consolation for Spain is that they should have prize asset Alba Torrens back in the mix when they step out at the Tokyo Olympics in July. 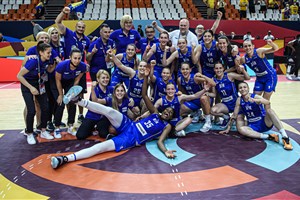 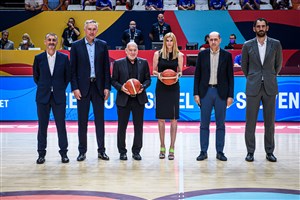