VALENCIA (Spain) - Serbia booked their second FIBA Women's EuroBasket Final appearance after pipping Belgium 74-73 in a dramatic encounter in Valencia to set up a repeat of their 2015 title showdown with France.

In a roller-coaster contest, Serbia almost snatched defeat from the jaws of victory in a nervous ending, but ultimately denied Belgium the historic first Final their opponents craved.

Turning point: It all came down to the nerve-wracking review of a last gasp shot by Belgium's Kim Mestdagh which would have won the contest. However, it was judged to have not left her hands before the time had expired and the Serbian players erupted with joy when the basket was not allowed.

Game heroes: Sonja Vasic carried her game as always with an all-action 16 points, 8 rebounds and 3 assists, while Aleksandra Crvendakic played a nice cameo with 15 points.

Stats don't lie: As brilliant as she is, Belgian leader Emma Meesseman was restricted to just 8 points in 35 minutes and that was credit to Serbia's hard-nosed defense.

Bottom line: This always looked like a game that would come down to the wire and so it proved. Perhaps Serbia's previous experience of nail-biting games against Italy and Spain served them well. They will be a dangerous opponent for France in the Final and will be confident of being crowned champion for a second time. Belgium will be heartbroken but must now dust themselves down and bounce back in the Third Place game against Belarus when they can equal their historic bronze medal from 2017.

They Said: "I think the first-half was us not doing what we were supposed to do. We didn't follow our game plan. We did a better job pressuring their scorers in the second half. It was a team effort and took all 40 minutes to get this important win." Serbia guard Yvonne Anderson 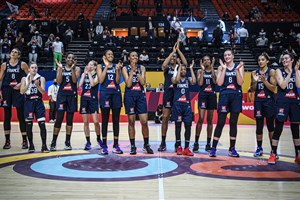 France beat Belarus to make a fifth Final in a row 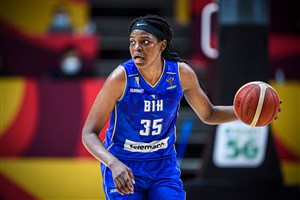