VALENCIA (Spain) - Belgium bounced back from their Semi-Finals heartache against Serbia to claim the bronze medal at FIBA Women's EuroBasket 2021 thanks to a 77-69 success against Belarus.

The victory ensured Belgium equaled their previous best finish, which was attained in  2017. Belarus had to settle for their joint-second best tournament result having finished fourth in 2015 and third in 2007.

Turning point: With the contest tied midway through the opening period, Belgium posted a 15-3 run and the double-digit lead they built up during that first quarter pushed Belarus back on their heels. It ultimately provided the platform for victory, since Belarus were unable to bridge the gap during the remainder of the game.

Game heroes: Emma Meesseman was outstanding and led her team to the last podium step with 21 points, 10 rebounds and 5 assists. Meanwhile Antonia Delaere had a super shooting night, finishing with 17 points after going 8 of 9 from the floor to post her highest ever points tally at the event.

Stats don't lie: Belarus arguably jacked up far too much from long-range as they went 5 of 25, which left everyone wondering what might have happened had they been able to feed their in-form post players more.

Bottom line: Belgium had to recover mentally from the heartbreak of being denied in the last second of the Semi-Final against Serbia. They came out like a team that had been hurt and were ready from the first second. While disappointed to have missed the Final, they can be satisfied they got onto the podium and especially considering they started the tournament with that shock loss to Bosnia and Herzegovina. Belarus punched way above expectations and will be delighted to have made the last four of the competition. They relied heavily on their main trio of Anastasyia Verameyenka, Maryia Papova and Alexandria Bentley, who all deserve high praise.

They Said: "We had the ambition to play in the Final, but we couldn't do it. However, I have to congratulate my team for the effort they made and the mental bounce back they were able to do from the Semi-Final loss against Serbia. We showed a lot of maturity. The bronze medal we took in 2017 was a surprise and taking it now is not the same atmosphere or feeling. People are asking for more and pushing us. It is right that we have to be ambitious. But of course some big teams like Italy and Spain were not even in the top six, so we are very proud." Belgium head coach Philip Mestdagh 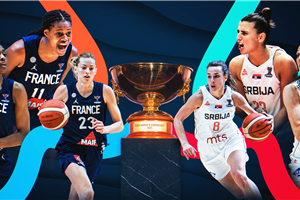 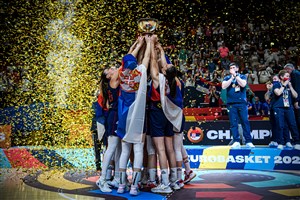