SYDNEY (Australia) - There were some exceptional performances after the curtain was raised at the FIBA Women's Basketball World Cup 2022 and fans are now able to vote for who did it best in Gameday 1. 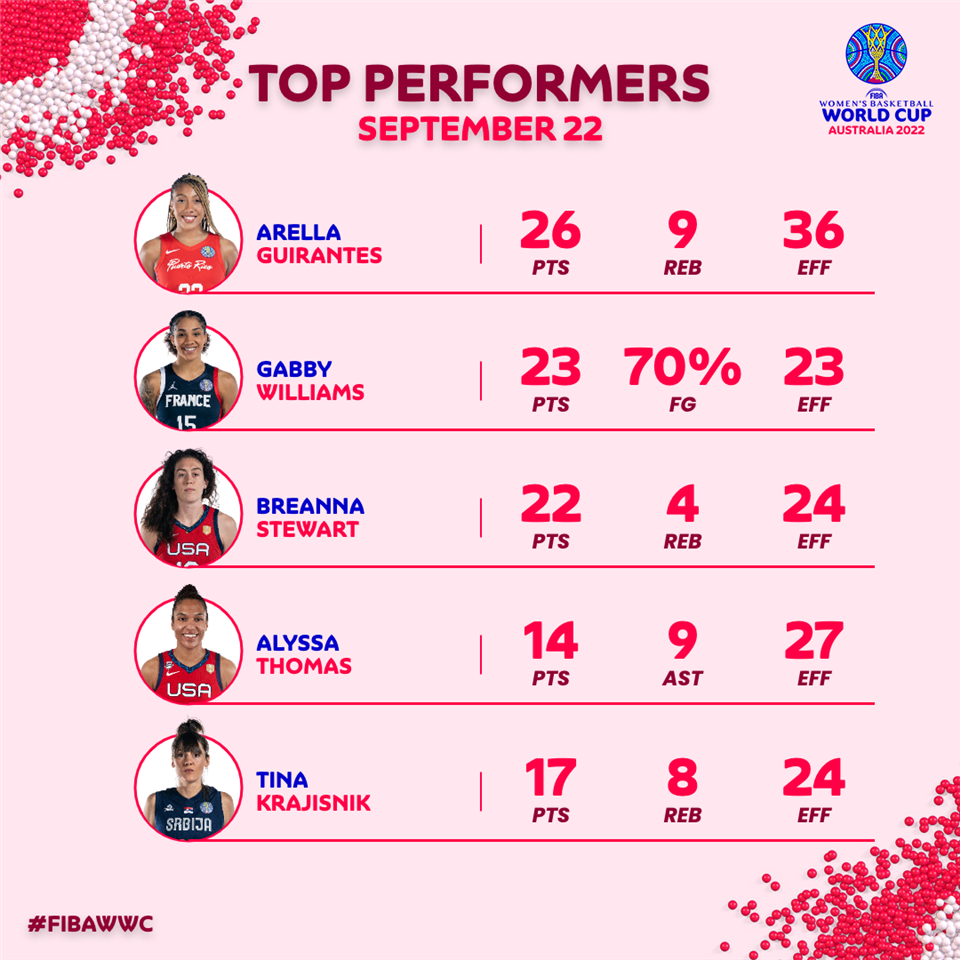 Arella Guirantes played her best ever game in a Puerto Rico vest and her efficiency performance valuation of 36 was the third highest ever - or at least since the category was introduced to the competition in 2014. She was unstoppable for Puerto Rico as they stunned Bosnia and Herzegovina 82-58 to take their maiden win, with the guard adding 26 points, 9 rebounds, 8 assists and 3 steals.

2018 Tournament MVP Breanna Stewart wasted little time in reminding everyone of her class with a typically influential display for USA as they eased past Belgium 87-72. She contributed an all-action 22 points. 4 rebounds, 3 assists, 3 steals and 3 blocks, with teammate Alyssa Thomas also impressing with a near triple-double of 14 points, 9 assists and 7 rebounds.

Gabby Williams got rolling in a big way for France as they heaped opening night disappointment on host nation Australia with a 70-57 victory. She finished a memorable win with 23 points, shooting 70 percent from the field shooting very difficult shots and snapping up 3 rebounds.

Meanwhile Serbia center Tina Krajisnik also excelled with 17 points, 8 rebounds and 5 steals, but her team were pushed out 67-60 by Canada. 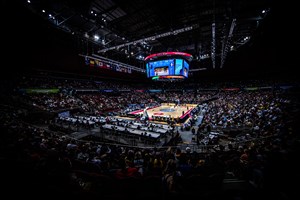 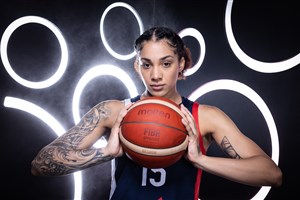 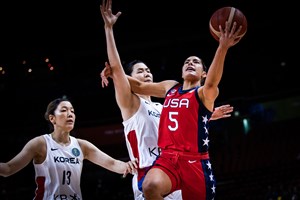 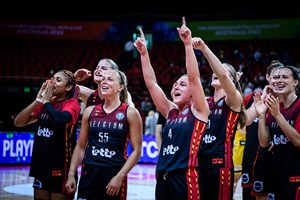 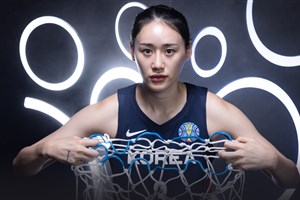