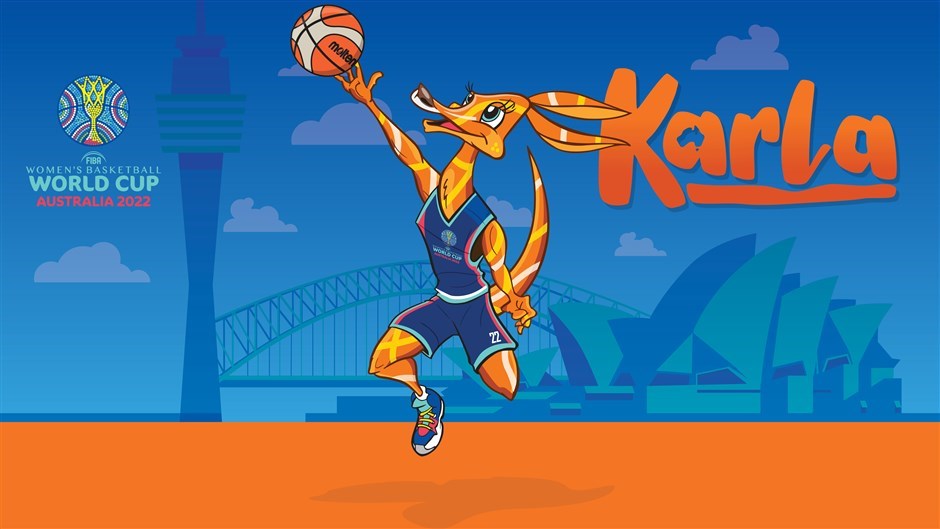 Download 3 free printable Karla cards. Draw your own Karla Season's greetings cards and "be part of it"!

With exactly one year to go to the FIBA Women's Basketball World Cup 2022, Karla the kangaroo hopped onto the court as the tournament mascot.  A fitting choice, surely, having one of Australia's most iconic symbols with the role as tournament mascot.

When players and fans show up in the Sydney for the flagship women's basketball summit, they will be greeted by a kangaroo wearing a blue uniform with the No. 22 and answering to the name of Karla.

Fans will be interested to know that Karla is in fact a teenage kangaroo that hails from Alice Springs, the third-largest town in the Northern Territory. The Red Centre is also the birthplace of the event's logo, which was inspired by fourteen-year-old Aboriginal basketball Armerlie 'Marlii' Biscoe.

A basketball dribbling, passing and shooting roo, Karla won't spend all of her time inside the arena. As a be a first-time visitor to Australia's biggest city, she'll be out and about sightseeing when not watching games and showcasing some of her own moves on the court between the buzzers.

This marsupial made the perfect mascot for this event because Karla is athletic, dynamic, graceful, fast, powerful and proud. Kangaroos like Karla are so intertwined with the host nation identity that they are even featured on Australian currency as well as the country's Coat of Arms.

Karla the mascot was conceived and designed by Spike Creative, with the design experience leaving its mark within the agency.

"It has been an absolute honour bringing Karla to life over the past couple of months and we can’t wait to see her representing on the global stage," said the agency's creative director, Mick Russell. "We truly immersed ourselves in Karla’s persona during her character development and simply smile with pride and happiness every time she appears on our screens. Her personality exudes fun and warmth and I am confident she will bring plenty of vibrant energy and enthusiasm to the tournament." 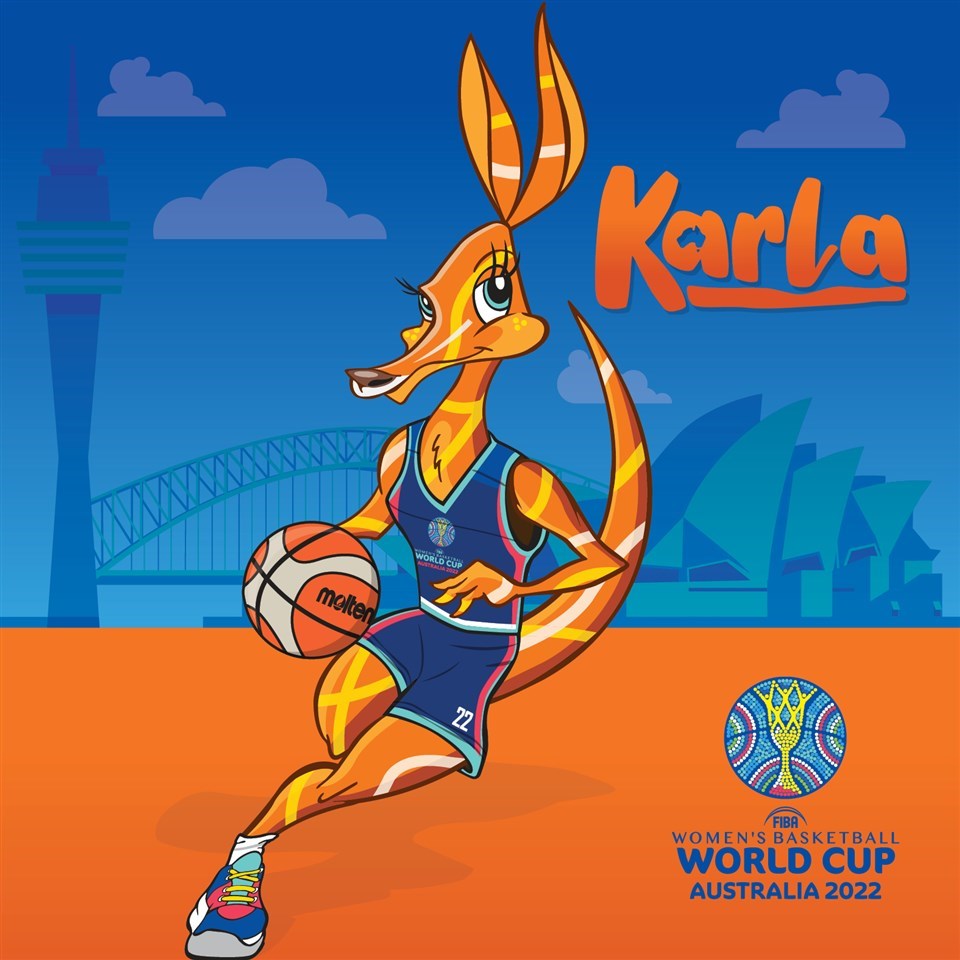