Turning Point - The game was balanced nicely at 52-52 in the third period when USA pushed their foot on the gas with 11 of the next 12 points and it snapped the contest open. Belgium were always chasing after that point and never recovered.

Stats Don't Lie - Just 5 offensive rebounds in the entire game for Belgium and as a result, only one second chance basket.

Catch-N-Shoot!@DianaTaurasi with 16 at the start of the 3rd, including 4 👌s!

Game Heroes - Taurasi was too-hot-to handle and showed from the outset that she was in the mood - eventually dropping five triples. It underlines the notion that GOAT contenders graze on the last two days of major tournaments.

There was also a nice performance from Breanna Stewart who had 20 points and 7 rebounds. In defeat, Julie Allemand handed out 12 assists to add to her 13 in the Quarter-Finals, while Emma Meesseman racked up a sparkling 23 points.

The Bottom Line - Belgium picked up where they left off from their blistering Quarter-Finals display against France for the first 25 minutes. with their usual entertaining brand of basketball. However, a combination of them running out of steam and USA turning the screw and taking advantage was vital.

We can't get enough of 🇧🇪 @TheBelgianCats sharing the 🏀!

There is a sense of deja vu for Belgium who will now fight for 3rd place as they famously did last year at FIBA Women's EuroBasket 2017. As for USA, they look like they have found the higher gear everyone was looking for.

What They Said - " You can tell that they (Belgium) played together for a long time. You make a mistake, they make you pay for it. We just got a couple of more stops, made a couple of more play on offense and our depth wore them down a little bit, but that's a really, really good team, and that's the bottom line." - Diana Taurasi, USA

Be sure to follow our Live Blog at the event for the latest news and reaction from Semi-Finals day in Tenerife. 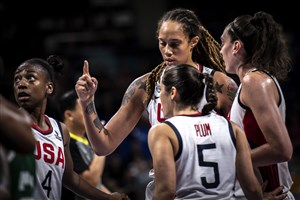 The ex-players and experts: From MVPs to alternative All-Star Fives 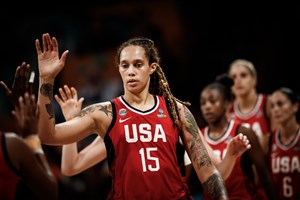