If USA manage to retain the title they won four years ago in Istanbul, it would further illuminate what has already been a memorable calendar year for one of the biggest names in the global game.

Recently crowned a WNBA Champion at the Seattle Storm and having also scooped a stunning personal double by being named the WNBA MVP, as well as collecting the Finals edition of the gong, things are continuing on an upward curve. Although maybe it is truthfully more vertical in nature.

What is chilling for those who have to try and stop her at both club and country level, is that Stewart is adamant she has not peaked just yet.

"I don't even know if you could say I'm in my prime yet as far as my basketball career is concerned," she declared. "Obviously I've won a lot but there's nothing with wanting to win more and continuing to improve. It's exciting for me because it just goes to show that I can get so much better.

"I still have so many more opportunities to represent USA Basketball, to play in the WNBA or wherever it may be."

Next stop after Tenerife will be a belated EuroLeague Women debut with Dynamo Kursk - where she will play alongside Candace Parker and for Spanish head coach Lucas Mondelo.

For now though, it's all about Stewart continuing a journey with her beloved USA that has been longer than most for those players of her age. Only now is what she is accomplishing actually sinking in a little.

"Honestly, when I was younger, I don't know if I ever thought this far ahead," she confessed. "Obviously once I knew I was going to UConn (University of Connecticut) the goal was always to win a National Championship.

"I started USA Basketball at an even younger age than that, when I was 14 and I was kind of shown how to do things, how to win and it became something that was expected all the time."

Expectations will be no different against the Opals in the last game of the tournament. Stewart is looking for her second FIBA Women's Basketball World Cup winners' medal - to add to her Olympic gold from Rio and a three global titles at FIBA youth events.

So far, the USA have arguably had something of a mixed bag in the Canary Islands - despite the fact they will put a perfect record on the line when they go up against Australia.

They have had to navigate some unchartered and unexpected territory and none more so than dealing with surprise package Nigeria who held them to 27 first-half points in the Quarter-Finals.

"It's true that I haven't had much experience of being in games representing USA basketball in which we were trailing in games," reflected Stewart. "However, I know enough as far as looking at WNBA games and there are situations where a team can go up and there's still a lot of game left to play. So you stay in the moment.

"Nigeria were going crazy and were very happy when they were up. But for us, it was a case of staying even-keeled, making sure we continued to get stops and knowing that our offense was going to come to us. 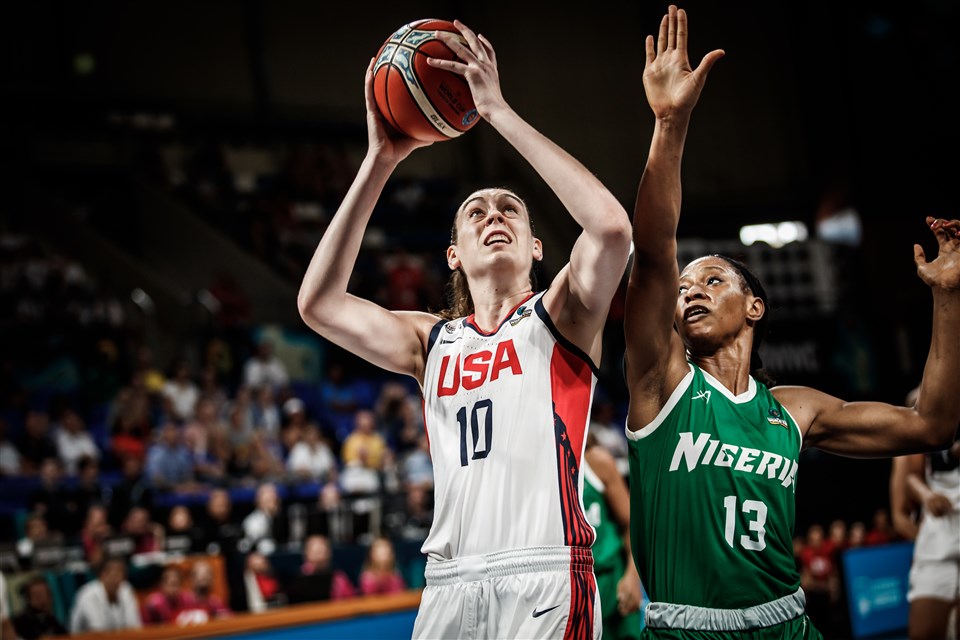 "But I don't think that we were that worried. With Sue (Bird) and Diana (Taurasi), they're kind of a calming presence as far as making sure we're not freaking out because we're down in the first five minutes."

One of Australia's most prominent strengths has been their ability to start quick in most games and seize the early initiative, so Stewart and Co might have to be on their toes and ready to lean on that proven experience once again.

Although despite being only 24-years-old, it is remarkable to think that after almost a decade of USA service, Stewart is a veteran already. And, way ahead of time. 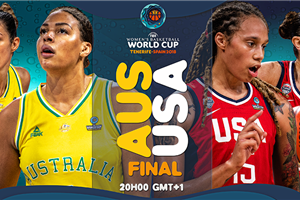 Will the Opals beat USA to the Women's World Cup title? 5 reasons why they can 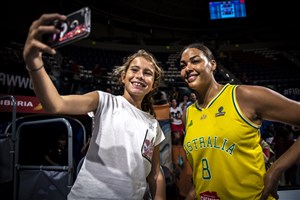