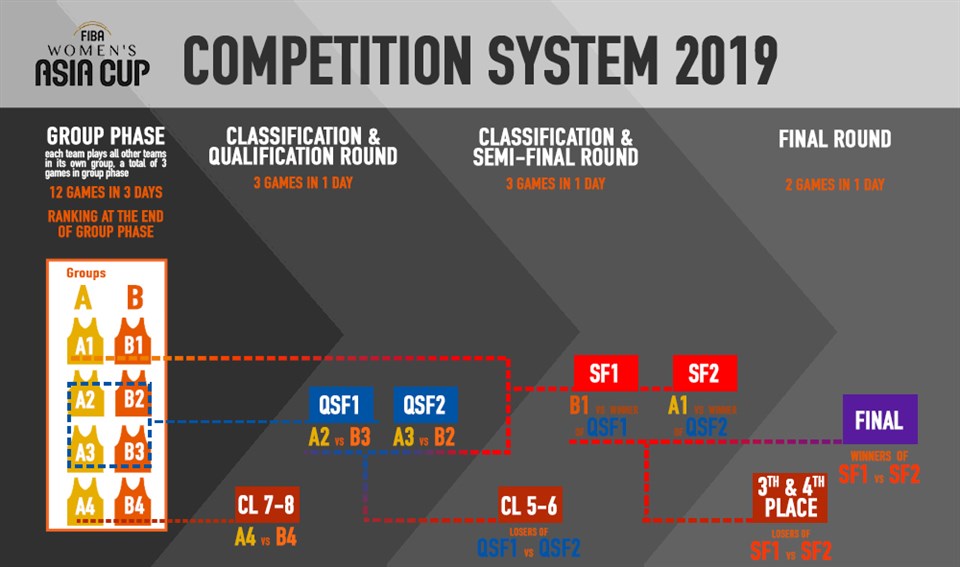 Group Phase (24-26 September)
The eight (8) participating teams are divided into two (2) groups (A and B) of four (4) teams each. Each team will play against all other teams in its own group (a total of 3 games for each team).

Final Phase (27-29 September)
Teams topping their groups will advance directly the Semi-Finals, while teams finishing second and third will play a Qualification to Semi-Finals Games (A2 v B3 & A3 v B2).