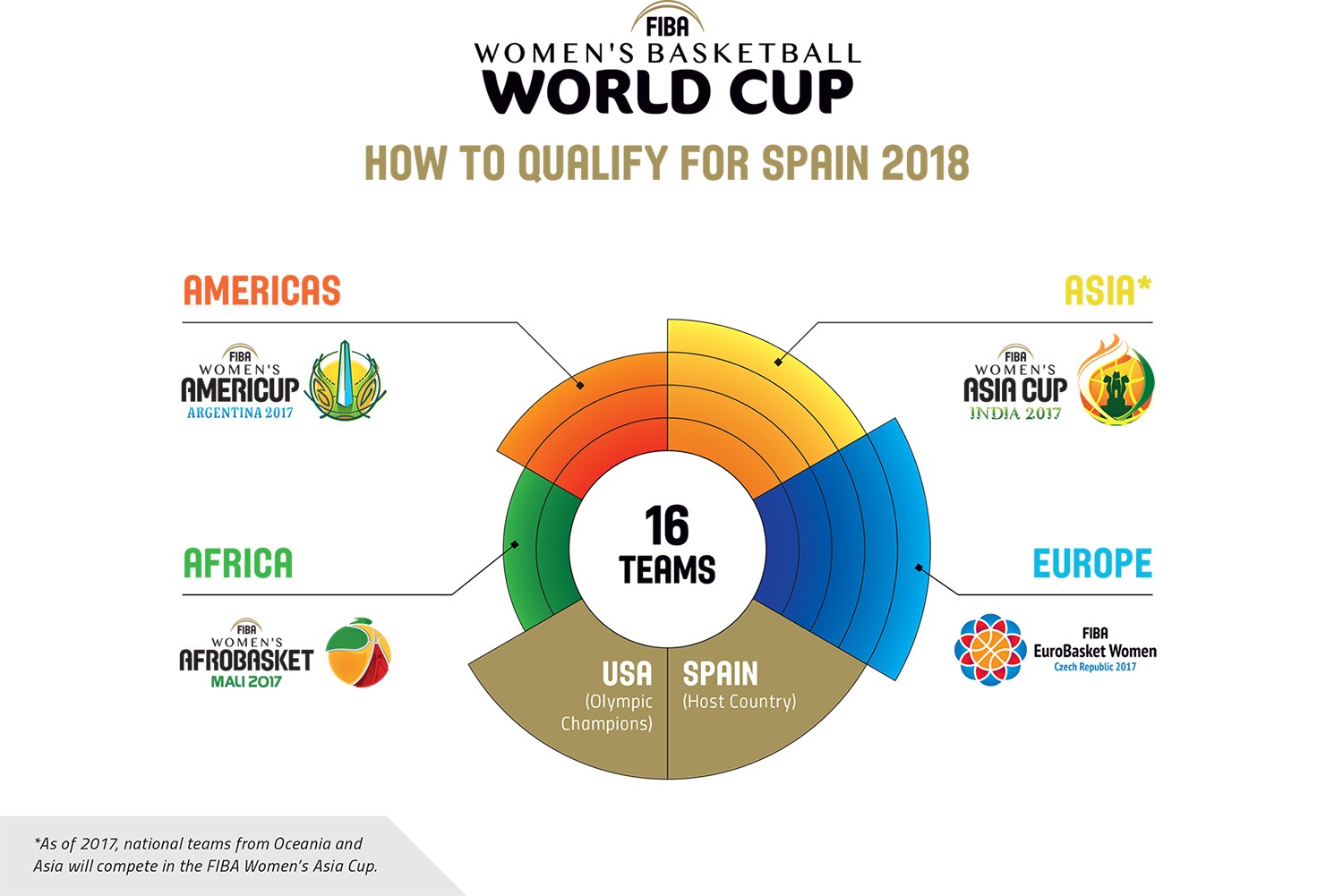 The FIBA Women's Basketball World Cup, known from 1953 to 2014 as the FIBA World Championship for Women, is the biggest international women's basketball competition and sees the world’s best teams vying to lift the coveted Raposo Trophy.

The inaugural FIBA Women's Basketball World Cup took place in Chile in 1953 with the USA emerging as the first champions after beating the host nation in the Final.

Altogether, USA have triumphed in nine of the 17 editions of the competition to date, with the Soviet Union accounting for a further six titles, while Australia and Brazil have won one each.

The 18th edition of FIBA's flagship women's event will take place in Spain from September 22-30 2018, with the host cities to be revealed in June 2017.

It will bring together the 16 best teams from across FIBA's four regions - Africa, Americas, Asia and Europe. Whilst defending champions USA and hosts Spain have already booked their place, the remaining 14 teams will be decided in the summer of 2017 through the Women’s Continental Cups.

Five European teams will punch their ticket via FIBA EuroBasket Women 2017. Should Spain finish amongst the top five teams, the sixth-placed team will also secure a spot.