SAN JUAN (Puerto Rico) - The FIBA Women’s AmeriCup 2021 came to a close with the players who had the biggest impact on the court named to the All-Star Five, as USA's Rhyne Howard walked away with the event's highest individual honors as the TISSOT MVP.

Helping Brazil take home not only a qualifier position for the 2022 World Cup but also a Bronze medal, Dos Santos led her in scoring averaging 13.4 points per game during the AmeriCup. But she also averaged 7 rebounds per game, leading Brazil in two-way play and being a leader on the court to overtake a strong Canada team to make sure Brazil once again finished on the podium despite their close loss to champion USA.

Being one of the best centers in the tournament, Cunane continually made an impact off the bench or a deep team USA as she contributed an average of 12.8 points and 8 rebounds per game for USA, leading the team in both categories. Cunane had an especially huge game against Brazil helping USA claim their spot in the AmeriCup final, and solidified her name as a rising star in the tournament. Finishing the tournament with 12 point and 6 rebounds off the bench in the gold medal game, Cunane showed why USA’s depth allowed them to win another title with a completely different squad.

Though Colombia was eliminated by eventual silver medallist Puerto Rico in the Quarter-Finals, Rios led Colombia to one of their best finishes in the AmeriCup with a 12-point and 5.8 rebound average per game in the tournament. Even in a competition with extremely strong competition, Colombia found wins against Virgin Islands and El Salvador thanks to their tremendous effort and earning a top 8 spot thanks to the leadership from Rios.

Leading the AmeriCup in scoring, O’Neill averaged 16.8 points per game and scored 84 points over the course of the tournament. She led Puerto Rico to beat team Canada and advance to their best ever finish at the AmeriCup. O'Neill also helped her team lead USA at halftime and keep Puerto Rico in the game as they received silver in the 2021 AmeriCup. Scoring 18 or more points in Puerto Rico’s final two games of the tournament, including shooting four 3-point shots in the final, O’Neill was easily one of the keys to Puerto Rico finding success. 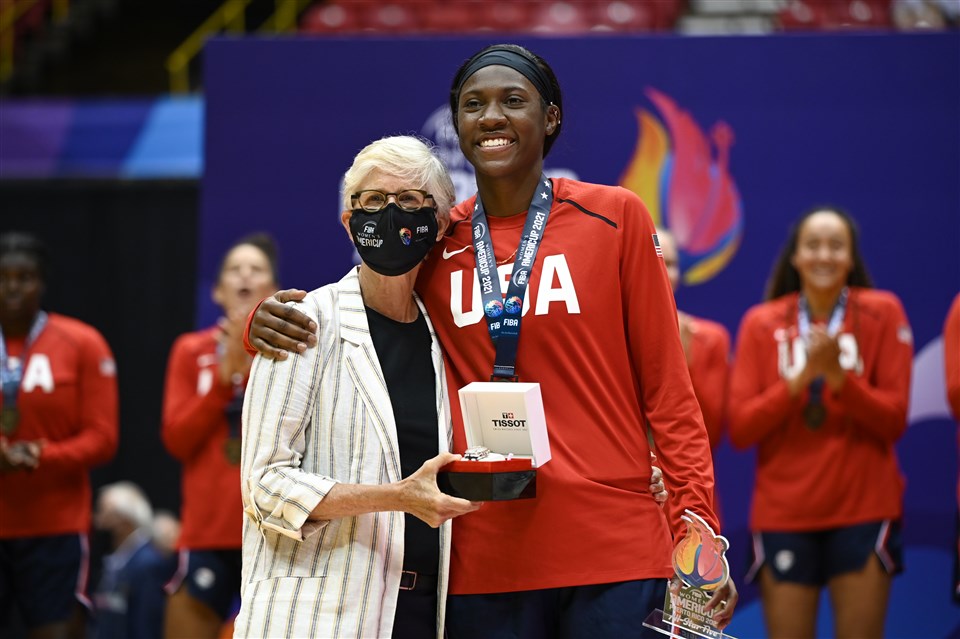 Not only a member of the All-Star Five but also the tournament TISSOT MVP due to her performance, Howard had the biggest impact for USA in their gold medal comeback game against Puerto Rico. She had a 22-point performance, helping USA crawl out of a deficit to defend their 2019 title. With an average of 13.2 points per game in the tournament, Howard was a veteran on a young USA team that controlled the offense and allowed USA to fight their way toward a gold medal and defend their title even against a strong Puerto Rico team in the final game of the competition. 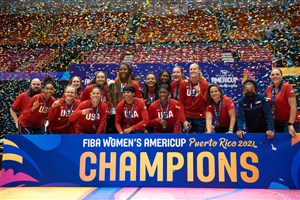 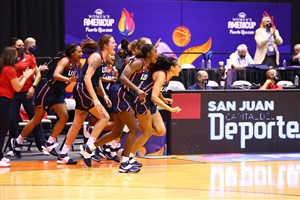 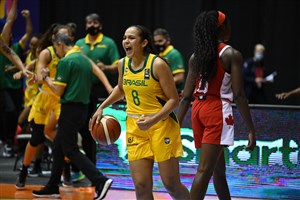