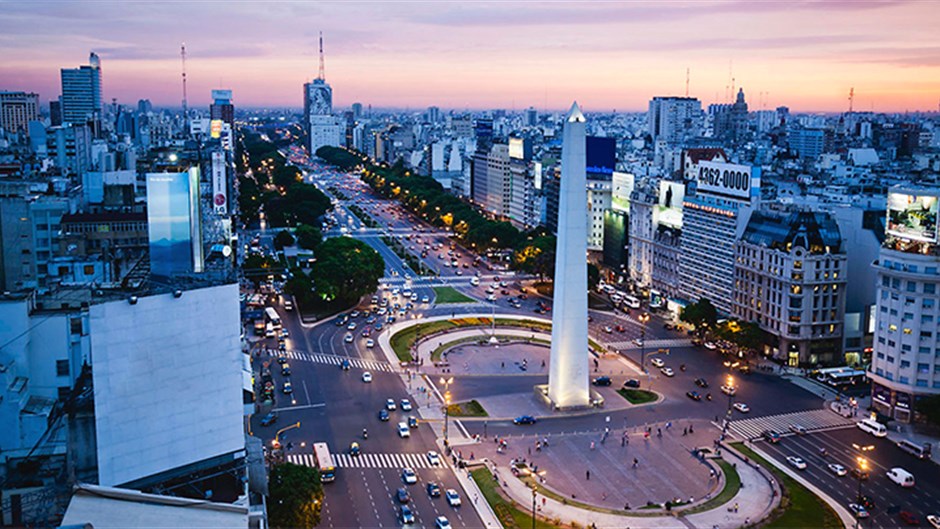 Buenos Aires is the capital and most populous city of Argentina. The city is located on the western shore of the estuary of the Río de la Plata, on the South American continent's southeastern coast. Buenos Aires constitutes the fourth-most populous metropolitan area in the Americas, with a population of around 17 million.

Buenos Aires is considered an 'alpha city' by the study GaWC5. Buenos Aires' quality of life was ranked 81st in the world and one of the best in Latin America in 2012, with its per capita income among the three highest in the region. It is the most visited city in South America, and the second-most visited city of Latin America (behind Mexico City).

Buenos Aires is a top tourist destination,[10] and is known for its preserved Spanish/European-style architecture and rich cultural life. Buenos Aires held the 1st Pan American Games in 1951 as well as hosting two venues in the 1978 FIFA World Cup. Buenos Aires will host the 2018 Summer Youth Olympics and the 2018 G20 summit.

Buenos Aires is a multicultural city, being home to multiple ethnic and religious groups. Several languages are spoken in the city in addition to Spanish, contributing to its culture and the dialect spoken in the city and in some other parts of the country. This is because in the last 150 years the city, and the country in general, has been a major recipient of millions of immigrants from all over the world, making it a melting pot where several ethnic groups live together and being considered as one of the most diverse cities of Latin America.