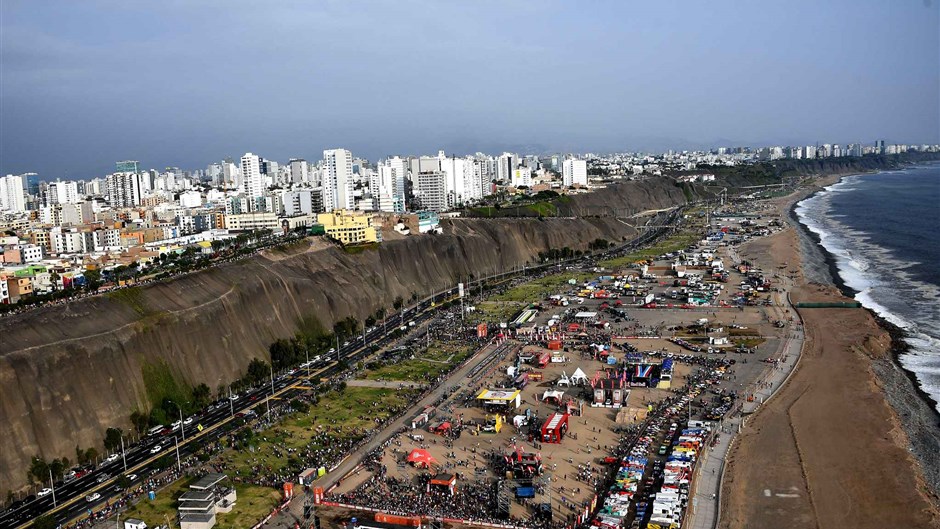 Former capital of Ex AOF (French West Africa), became capital of independent Senegal, after Saint-Louis, Dakar is a city witness of the French colonial history in West Africa. Point of the most advanced African continent on the Atlantic Ocean, Dakar is a peninsula bordered by islands whose most famous is the island of Gorée charged with memory.
The city of Dakar is distinguished by its two udders, one of which supports the famous lighthouse and on the other was built the imposing monument of the African Renaissance with its 52 meters height.
As a political, economic and administrative metropolis, Dakar is a port city of about 2 million inhabitants. Its geographical configuration of peninsula gives it a galloping urbanization that develops towards its suburbs with a high population density.
Dakar and its suburbs occupy only 0.28% of the national territory on 550 km2 but gathers 25% of the Senegalese population and concentrates 80% of the economic activities of the country.
Dakar is a friendly city with its beaches, museums, monuments, hotels and theaters. Composed of a mainly young population, Dakar is a city of culture and sport. Sport occupies an important place in the life of the people living in Dakar and concerns all social strata.
If the Senegalese fight and football are the two most popular sports, Basketball remains a sport adulated by the Senegalese and especially the people of Dakar. The Prize List of the Senegalese Basketball makes this sport, the most successful mass sport. This is why Basketball occupies an important place in the Senegalese sport and particularly in Dakar.
This is the city that will host the 26th African Women's Basketball Championship (FIBA Women’s AfroBasket) from August 9 - 18 August 2019.

This competition will take place in the new hall of the Palais des Sports ‘Dakar Arena’ located in Diam Niadio a new city built on the outskirts of Dakar, - at 25 minutes from the new Diass International Airport Blaise Diagne and 50 minutes from the seaside resort of Saly.

The ‘Dakar Arena’ of Diamniadio, is built on a total area of 3.6 hectares in a dedicated land base of 9.5 hectares. This is a brand-new facility that was inaugurated in August 2018. It has a capacity of 15 000 seats and also a parking of 1000 places.
Dakar Arena is a multifunctional sports complex, with a breakthrough architecture, spacious and bright, designed to receive a large public in the best conditions of comfort and safety.
Modular and versatile, Dakar Arena offers all the guarantees to host a continent-wide sports event such as FIBA Women’s AfroBasket. Responding to international standards, it benefits from state-of-the-art equipments, adapted to the organization of a major sporting event.
Temple of Sport, Dakar Arena is also a living space offering visitor all the amenities.
The Dakar Arena Sports Palace is well placed at the edge of the toll motorway.
This beautiful infrastructure is a guarantee of success of the 26th African Women's Basketball Championship (FIBA Women’s AfroBasket) which will take place from August 9-18, 2019.
After the editions of 1976/1977, 1981, 1984, 1993 and 2007, Senegal is hosting the African Nations Championship for the 6th time. This 2019 edition, like the previous ones, will be once again intense moments of communion of African youth around sport.