DOHA (Qatar) - Kuwait Club proved to be steadier in the endgame as they foiled the revenge plot of Al Sadd, 94-84, to sweep their season series in WASL-Gulf, Monday night at the Al-Gharafa Sports Club Multi-Purpose Hall in Doha.

Jacob Pullen struck the dagger by threading through the needle for a lay-up with 34.5 seconds left, before Marcus Georges-Hunt applied the finishing touches to steer the visitors towards collecting their fourth win as many games.

The Kuwaiti side has also regained leadership of Group B from the 3-1 Al Manama after repeating over their Qatari counterparts, who fell to 1-3. Game heroes: Cody Lalanne led Kuwait Club with 20 points and 14 rebounds for his third double-double, along with a pair of blocks for a 25 efficiency rating.

Georges-Hunt filled up the stat sheet with 16 points, 6 rebounds, 4 assists, a steal, and a block in over 29 minutes of play.

Hamad Hasan made 14 points and 5 rebounds. Mohammad Hasan missed out on registering his own double-double with 11 points and 9 rebounds.

Pullen finished with 13 markers, 2 assists, and 2 steals in over 14 minutes off the bench as five players scored in double figures in the victory.

Turning point: Kuwait Club saw themselves behind by a point following a Faisal Abuissa triple with 3:27 left in the final period, but quickly snatched the lead back following a bucket inside courtesy of Georges-Hunt.

That ignited a 6-0 spurt, with Hamad and Omran Jawhar converting a basket each for an 86-81 lead with 2:20 left, and they would stay ahead the rest of the way after a tight fourth quarter that saw a total of 11 lead changes.

Stats don't lie: Al Sadd were actually the better team in majority of the statistical categories but their manpower woes -- they had 10 men but only rotated seven -- reared its ugly head as they only had 1 bench point compared to Kuwait Club's 30. FAN VOTE: Who was your Player of the Week in Week 6 of WASL Gulf? 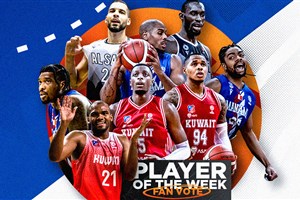 WASL Heat Index: A look at some of the best performances in Week 6 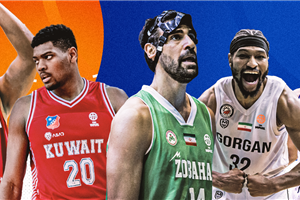