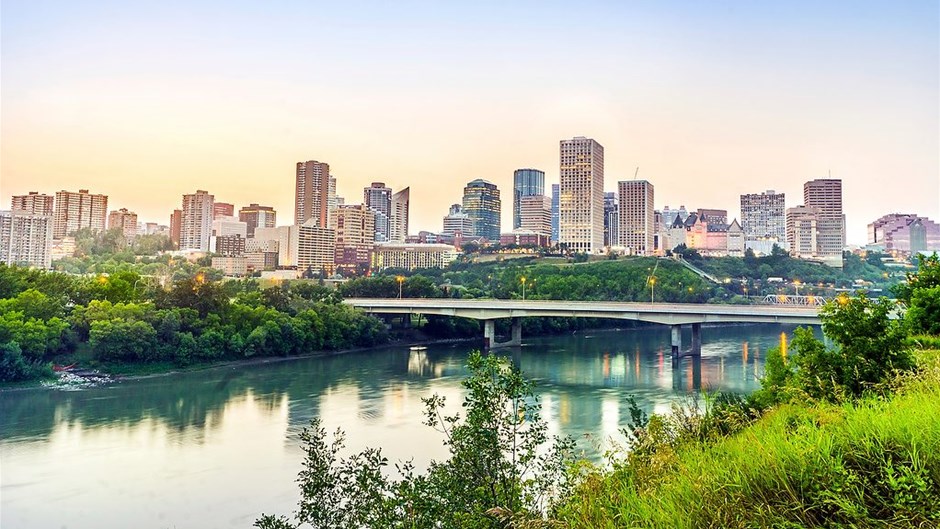 Why is Edmonton different? There are theories. Maybe it’s their northern home, where for years they have learned to make their own fun. Perhaps it’s their legacy of entrepreneurs dreaming up oddities: the continent’s first, biggest and wildest Fringe theatre festival and a shopping mall that at one time had more submarines than the Canadian navy. Some of the most iconic and adventurous restaurants in Canada launched there, and new ones are opening every month. Edmonton is home to several custom designers which puts visitors in one-of-a-kind looks! Edmontonians have always been keen to try, and build, something new.

Edmonton shines as an arts and culture hub and has over 30 festivals on the horizon year round. From close encounters with free roaming bison to surfing indoors to taking your taste buds on a journey to some of the hottest craft beer taprooms, hyper-local bistros and indie bakeries in Canada, you’ll find there’s a uniqueness to how Edmonton does ordinary things.

Edmonton is a big city with small town values; a vibrant urban centre in the heart of wilderness. Edmonton has the most parkland per capita of any Canadian city, with a river valley system that's 22 times the size of New York City's Central Park! So pack your hiking shoes to trek through the river valley trails, pack your shopping shoes to trek through the local boutiques, farmers markets and cafés, and most importantly pack your sense of adventure.

Edmonton’s summer season stretches from June to August and tends to be warm and dry. The average daily high temperature is 22°C and low temperature is 11°C. Edmonton is one of Canada’s sunniest cities with 325 days of bright sunshine each year–or 2,345 hours. In June, Edmonton enjoys up to 17 hours of daylight per day!

One thing is for sure–if you’re looking for an unforgettable, original experience, you’ll find it in Edmonton. Check out ExploreEdmonton.com for all the proof you need.

Edmonton is a thriving and exciting capital city! Here are some quirky and little known facts about the city that may surprise you. Check ‘em out…

Edmonton is the northernmost city in North America with a population of over 1 million.

Alberta boasts no provincial sales tax, making Edmonton one if the best places to shop in Canada.