BOURGES (France) - Puerto Rico came back from 12 points down to overcome Brazil for a thrilling 91-89 victory in overtime in the FIBA Women's Olympic Qualifying Tournament opener in Bourges.

A frantic finish to regulation was followed with more late drama in overtime before Puerto Rico eventually prevailed for a historic success.

Damiris Dantas' double-double of 26 points and 15 rebounds ended in vain for Brazil, who had been set for an opening success before being pipped to the finish line.

Turning Point: Puerto Rico trailed for the majority of the contest, but were relentless in their pursuit despite Brazil moving ahead by as many as 12 points. They rallied to force an extra period in the midst of a dramatic final quarter, and surged clear with a 7-0 start in overtime. There was another twist as Brazil scored the next six points, but agonizingly came up short.

Game Hero: Jennifer O'Neill was instrumental for Puerto Rico with a game-high 30 points in leading the fightback, but Ali Gibson played a heroic supporting role with 20 points off the bench including 12-of-13 from the foul line in a courageous effort from their team.

Stats Don't Lie: Puerto Rico hit big shot after big shot in the fourth quarter to haul themselves into contention and never wavered in their attack, finishing with 27 free throw makes, while Brazil struggled at the line at 61%.

Bottom Line: A fabulous result for Puerto Rico and their Olympic dreams have been given a real boost with Brazil immediately on the back foot as they now have to bounce back and find a win against either France or Australia. 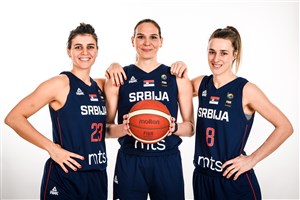 France flourish in the fourth to see off Australia 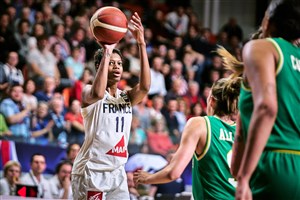