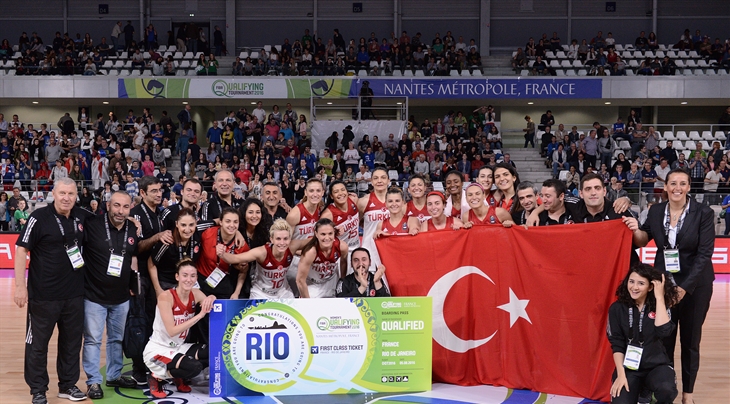 NANTES (2016 FIBA Women's Olympic Qualifying Tournament) - Turkey roared their way to a comprehensive 71-45 win over Cuba to secure one of the five tickets for the Rio Olympics.

Nevriye Yilmaz and Lara Sanders powered Turkey by combining for 35 points in Friday's second Quarter-Final at the 2016 FIBA Women's Olympic Qualifying Tournament (WOQT). As a result, the Turks are headed for their second Olympic appearance in a row.

Turning Point: Turkey's nine unanswered points early in the second quarter, followed by an intense zone defense, proved key in disrupting Cuba's attempts to stay in the game. In the process, Ekrem Memnun's team headed to the locker-room at half-time leading 42-24 and never looked back.

Stats Don't Lie: Cuba's excessive fouling - they committed 13 fouls in the first half - did not do them any favours as Turkey converted 18 of their 21 free-throws. By limiting Clenia Noblet - Cuba's heart and soul - to just 2 points, Turkey not only inflicted the islanders a major blow but also proved too much for their opponents.

Game Hero: Despite being fouled time and again in the paint, Sanders led the way for Turkey with a game-high 18 points.

The Bottom Line: Cuba stepped onto the court playing a fast and energetic game which gave Turkey a hard time early in the contest. But it was only a matter of time before Memnun's charges took control of the game. And so they did in the second quarter. As much as Cuba's electrifying point guard Ineidis Casanova tried to row against the tide with her team-high 15 points - she was her team's only player to score in double figures - they struggled to keep up with a Turkey side that played an excellent game. 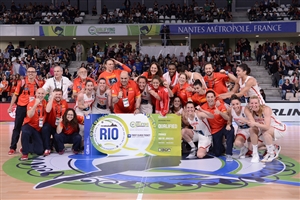 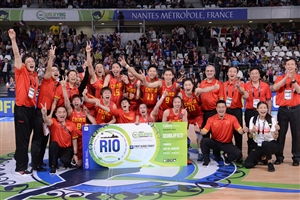