VILNIUS (Lithuania) - Jonas Valanciunas and Domantas Sabonis will be driving forces once again for Lithuania when the Baltic country hosts the FIBA Olympic Qualifying Tournament (OQT) in Kaunas.

The experienced bigs are in the 15-man squad announced by the country's basketball federation, along with seven other players - Mantas Kalnieitis, Mindaugas Kuzminskas, Rokas Giedraitis, Marius Grigonis, Lukas Lekavicius, Arnas Butkevicius and Edgaras Ulanovas - that featured at the FIBA Basketball World Cup 2019 in China.

Valanciunas, Sabonis, Kalnietis, Kuzminskas and Grigonis were in the Lithuania team that competed at the most recent Olympics, the 2016 Rio de Janeiro Games.

Ignas Brazdeikis, who played for the Orlando Magic this season, has been named in the squad for the first time. The 1.98m (6ft 6in) small forward was born in Kaunas but left the country at the age of three with his family and moved to North America, eventually settling in Canada.

Brazdeikis had an outstanding freshman season with the University of Michigan  before declaring for the NBA Draft in 2019. His aunt, Lina Brazdeikyte, was a member of the Lithuania team that won the FIBA Women's EuroBasket 1997.

"I had a conversation with him, we talked, I explained to him the situation that we really want to see him and we really invite him to camp, but those three letters (NBA) do not guarantee that you will have a place in the twelve," said Lithuania coach Darius Maskoliunas.

"I told him this honestly, that all the candidates for his position will have to win this place ... and no credits ahead I am not ready to share. Of course, there are players who have earned a place in the top twelve with their performances and are the best players in these positions at the moment ... but there are questions about several candidates and they will be able to answer those questions themselves."

Neither Jonas Maciulis nor Arturas Gudaitis are in the squad that will gather on June 16 in Kaunas for a short training camp, yet either could be added if the need were to arise.

Poland, Korea, Venezuela, Slovenia and Angola are also in the Kaunas OQT, which is being held from June 29 to July 4.

Lithuania are in Group A with Korea and Venezuela, while the Poles, Slovenians and Angolans are in Group B. The sides that finish in the top two of each group will advance to the Semi-Finals.

The other six-team OQTs are being held in Canada, Croatia and Serbia. Only the winners of each event will join the Olympic field which already consists of Spain, Argentina, France, Australia, USA, Iran, Nigeria and Japan.

As part of the preparations, Lithuania will have warm-up games against teams playing in other OQTs.

On June 18 and 24 they will face the Dominican Republic and on June 22, Lithuania will go  up against Russia. 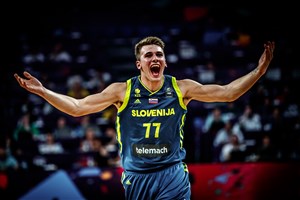 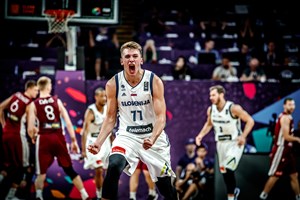 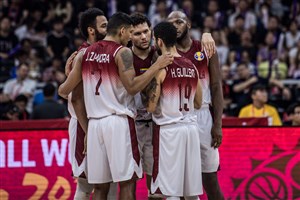