SPLIT (Croatia) - Brazil looked like the hot favorites after blowing out their first three opponents by 26, 27 and 28, but Germany played with poise to win, 75-64, advancing to the Olympic Games in Tokyo.

It is the first time in 13 years that Germany will play at the summit, with their last qualification coming after a similar tournament in Athens, Greece back in 2008. Brazil are out of the mix, missing from the Olympics after making the trip to London and hosting the event Rio de Janeiro.

Turning point: Since Brazil played three blowout games, the goal for Germany was simple. Stay attached, make Aleksandar Petrovic's players nervous, and do their thing in the fourth quarter. Similarly to their games against Mexico, Russia and Croatia, the Germans forced multiple turnovers and shot clock violations in the last ten minutes but struggled offensively.

Voigtmann and Wagner go back-to-back and Germany have one foot on a flight to #Tokyo2020!

The lead is 8 with with just 25 seconds to play!

That's why it was a 6-point game with four minutes to play. Johannes Voigtmann and Moritz Wagner found a way how to score - by dunking down on back-to-back possessions, sending the game to double digits. Brazil could not buy a basket, and said goodbye to their Tokyo bid.

Game hero: Moritz Wagner came off the bench and finished with 28 points in 28 minutes, knocking down 9-of-12 shots from the field, including 3-of-6 from beyond the arc.

Stats don't lie: Brazil knocked down 18 three-pointers in the Semi-Finals, but were inefficient from the same distance on Sunday. They were just 7-of-25 from beyond the arc, while Germany did their thing and efficiently got to the free-throw line to create a +11 advantage in that department.

Bottom line: Germany have a couple of days to rest, before preparing for the Tokyo Olympics, where they will play in the same group with the winner of the Belgrade FIBA Olympic Qualifying Tournament (Serbia or Italy), Australia and Nigeria. 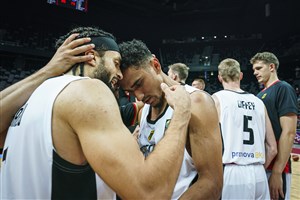 Can anybody stop Brazil? ''Our character is our best chance'' 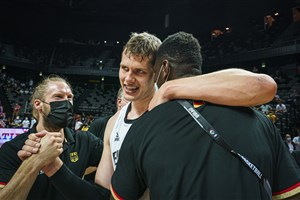