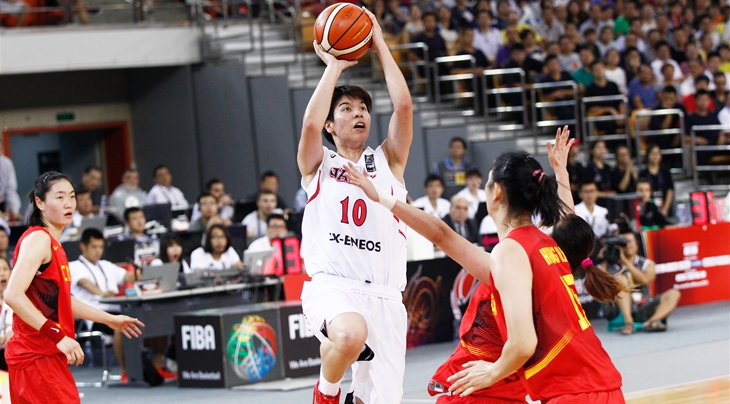 Dynamic duo looms large for Japan women ahead of Rio

TOKYO (2016 Rio Olympics) - Unfinished business is what Japan's women will be thinking about when they travel to Rio de Janeiro this summer to play at the Olympics.

The country that dominated the 2013 FIBA Asia Women's Championship had an opportunity to show they could compete with the best at the 2014 FIBA Women's World Championship in Turkey but fell flat.

The floor general of their Asian title success had been Asami Yoshida but she was a no-show in Ankara because of a serious knee injury and it cost them dear. Her absence affected all aspects of Japan's game and they failed to win in Turkey, losing to Spain, the Czech Republic and Brazil.

Just several months ago, though, with Yoshida recovered and pulling the strings at the point and with Ramu Tokashiki playing her best basketball, Japan rolled to a second consecutive FIBA Asia Women's Championship success to clinch a spot at the Brazil Games. The pair underlined their importance to the cause in Japan's first meeting against China. Tokashiki had 19 points and nine rebounds and Yoshida 10 rebounds, seven assists and two steals to go with her six points. Each made big plays in the closing moments.

The duo had big games in the Asian Championship Final rout of China, too. Tokashiki poured in 18 points and Yoshida contributed 11 while also having game highs in assists (7) and steals (4).

Rio de Janeiro will represent another chance for the Japan women to show what they are made of. Which player will be more crucial, Yoshida or Tokashiki? Each is equally important. The team is not nearly as potent if either is missing.

It's also that way on the club scene, which was evident over the weekend when they led Jx-Eneos Sunflowers to glory in the Empress’ Cup. They blew away Denso Iris, 83-44, in the final. Tokashiki had her way on the inside, powering her way up for 19 points and nine rebounds and Yoshida added seven points and five assists. It helped that another Japan national team linchpin, Yuka Mamiya, was also in full flow, pouring in 14 points and corralling 11 boards for the Sunflowers, who have now won the Empress' Cup 20 times in their history.

With last season's WNBA experience in Seattle, Tokashiki grew in confidence. The time abroad also increased her fame back home.

She looked comfortable at the FIBA Asia Women's Championship, with her efforts netting the power forward a second straight MVP Award at the event. A factor that makes her indispensable for the teams that she plays for is her prowess on defense. The 1.91m power forward blocks her share of shots and affects many others. At the 2013 FIBA Asia Women's Championship, she swatted 14 shots while last summer she rejected 11. She ended up with plenty of highlight reel plays in Wuhan, China, where the tournament was played.

She is just as significant a factor for her club side. The team's American assistant, former JBL player Tom Hovasse, can't say enough good things about her. He is also an assistant on the national team.

"Tokashiki does so much for us," he said. "Not even just scoring but her presence on defense. Even if she doesn't block a shot, she forces them to miss shots. A lot of times, we don't have to double-team."

Japan should be in upbeat mood come August, when they compete at the Olympics. They recently got a ringing endorsement from Australia coach Brendan Joyce, who coached against them last summer before they played at the FIBA Asia Women's Championship.

"I think they're going to be really dangerous," Joyce said to FIBA.com. "On a given night, their quickness, aggression, attacking the rim - their style of play."

Joyce saw Japan in all their glory against China in the Final. They were a different class.

"What I saw against China (at the FIBA Asia Women's Championship), I saw the Final, China couldn't stop them," he recalled. "They were getting up the floor quickly." 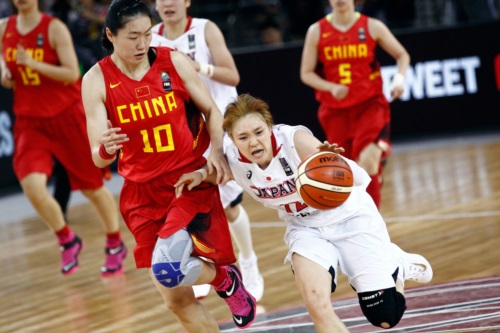 Japan had a forgettable 2014 FIBA Women's World Championship. Judging from last year, though, the team should be a force in Brazil. Yoshida will push the ball up the floor in a hurry and Tokashiki will race up the court to catch her passes. They will be out to prove that 2014 was just a hiccup. 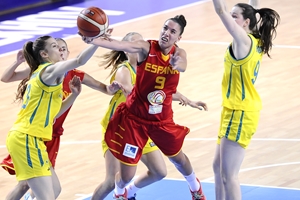 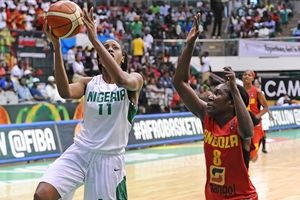