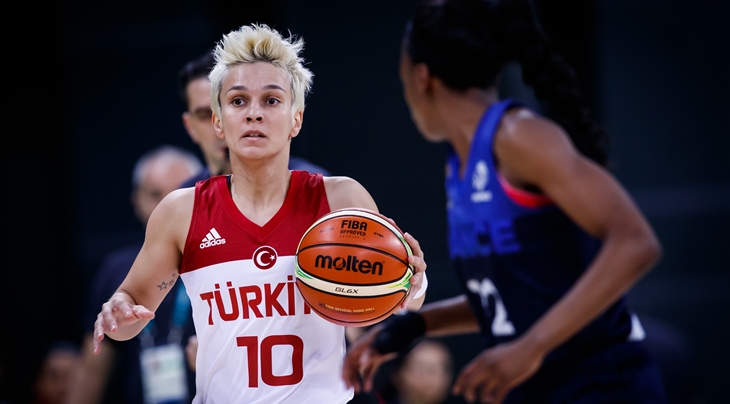 Alben: 'Our goal always was and still is to win a medal'

RIO DE JANEIRO (Rio 2016 Olympic Games) - Turkey have bounced back from losses to France and Australia in Group A to beat Japan and Belarus and ensure themselves a place in the Quarter-Finals of the Women's Olympic Basketball Tournament.

The Turks have displayed tenacity in completing this turnaround. No one symbolise this better than Isil Alben who is experiencing health issues in Rio but warned they have a goal to accomplish, not matter what.

Ahead of Saturday's game against hosts Brazil, the 1.72m playmaker talked to FIBA.com.

FIBA.com: Turkey opened the Olympics with two straight losses. Can you talk about those first two games, and what impact, if any, they had on the team?
Alben: It was really tough for us because it wasn’t what we expected. We played terrible basketball against Belarus, but eventually, we got the win. After the first two games, we said to ourselves in the locker room: "We are gonna fight, it doesn't matter the score if we are down".

FIBA.com: Against Belarus, both Nevriye Yilmaz and Lara Sanders played the entire 40 minutes. But as one of the key players, you spent quite a lot of time on the bench.
Alben: I am experiencing some discomfort with my hamstring since the beginning of the tournament, and it started to bother my knee a little bit. I really didn't know if I could play or not [against Belarus]. Doctors wanted me to try, I wanted to try. Thanks to coach he trusted me and put me in the game.

FIBA.com: Turkey close Group A play against Brazil. What's the mindset heading into that game?
Alben: We know that the gym is gonna be so loud when the game starts. We'll have to be ready to hear each other well on the court. Now that we know that we are in the Quarter-Finals, we have to keep fighting to finish third in our group. But that’s not enough, we will compete to beat Brazil. 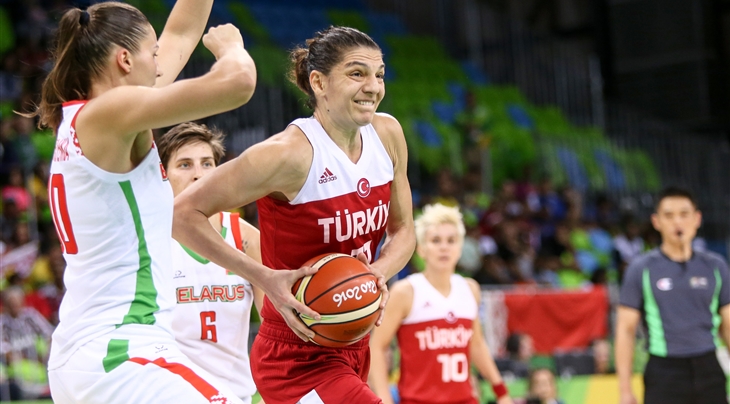 At the age of 36, Yilmaz is playing at her very best averaging 17.8 points per game

FIBA.com: Yilmaz has already announced her retirement from the national team after the Olympics. Can you talk about her performances so far and how big of an impact does she have on the team?
Alben: She is awesome, it’s fun to play with her and it’s so easy to play with her. As a point guard, all you want is a post player like her. Every time she is on the court, she gives everything she has. I hope she is not retiring after the Olympics, and we can keep having fun together on the court.

FIBA.com: In terms of goals in Rio, has anything changed between the beginning of the competition and now?
Alben: Our goal always was and still is to win a medal. Nothing has changed. 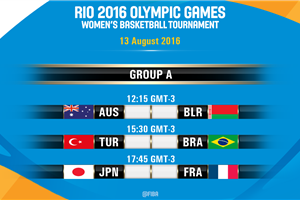 Opals use late run to see off Belarus, finish Group Phase with 5-0 mark