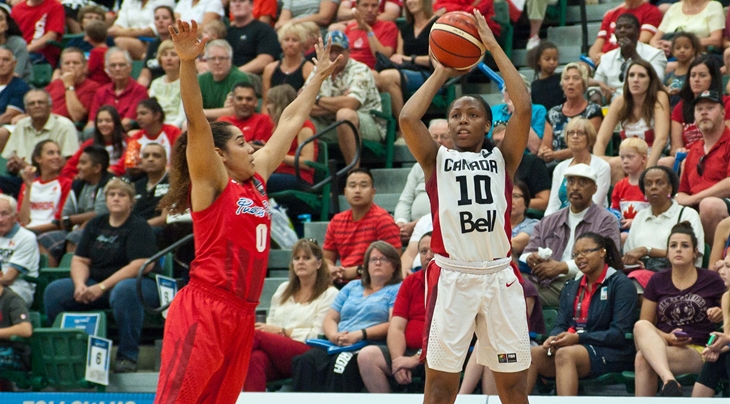 LOS ANGELES (2016 Rio Olympics) - It's not hard to understand why there is so much excitement around Canada's women's national team.

The squad is getting better year by year and has quality at every position. Head coach Lisa Thomaidis has a tough job on her hands because there are plenty of players champing at the bit to put on the national team jersey. Competition is good. Players will improve as they fight to retain their spots on the roster.

A photo posted by Canada Basketball (@canadabasketballofficial) on Aug 16, 2015 at 7:59pm PDT

Perhaps nowhere is that more evident than the Canadian backcourt where the national team has veteran leadership in 33-year-old Shona Thorburn but also three very talented youngsters who have already blossomed as national team players.

All three are having special moments both with Canada and the teams they compete for during the season.

Yes, competition is fierce but it's not difficult to see this trio of players remaining involved in the Canada set-up for a very long time.

Each shone this summer when Canada hosted and won both the Pan American Games in Toronto and the FIBA Americas Women's Championship in Edmonton.

In the second of those events, the Canadians finished top of the podium to qualify for the Olympics.

She is the best known of the trio.

A starter for American college basketball's most dominant program, the University of Connecticut, Nurse had a big role for the Huskies when they won an NCAA title earlier this year under coach Geno Auriemma.

She followed that up with terrific performances for Canada this summer.

Nurse had 20 points in the Final of the FIBA Americas Women's Championship and was named the MVP of the event.

@kianurse has her game face on. Tonight, Canada plays Cuba at #2015FIBAAmericasWomen! #YEG, you can support in person. Go to Basketball.ca for ticket info! Tune into @TSN to watch the game at 830 pm EST! #WeAreTeamCanada

A photo posted by Canada Basketball (@canadabasketballofficial) on Aug 13, 2015 at 1:25pm PDT

Eight games into the Huskies' unbeaten season and Auriemma is playing the sophomore an average of 26.3mpg.

As for Langlois, her coach at Windsor University, Chantal Vallee, proved to be a good judge of talent when describing the player before she launched her professional career.

"She is a classic point guard who can score, defend, and make other players around her better," Vallee said. "She is an incredibly hard worker and will be a fantastic pro!"

The 1.72m Langlois, in her first year as a pro in 2014-15 with Swedish champions Northland, was named as the league's Defensive Player of the Year and the MVP.

She parlayed that success into a move to Russia's top flight and is now on the books of strugglers Dynamo-Guvd Novosibirsk.

Langlois is the second leading scorer in the league at 19.3ppg and is third in assists at 4.5apg and fifth in steals at 2.1spg.

Fields, like Nurse, is still playing American college basketball and is starting to make headlines.

She is a high-scoring 1.70m senior point guard for the UCLA Bruins.

Over the weekend, Fields erupted for a game-high 22 points as UCLA, No. 20 in the NCAA rankings, beat the Michigan Wolverines, 86-77, for their fifth win in seven games.

There is a long way to go for these players before they experience their first Olympics with many a game to be played for their respective clubs or universities.

Rest assured, each has one eye on Rio de Janeiro, where Canada will look to improve on their Quarter-Final appearance three years ago in London. 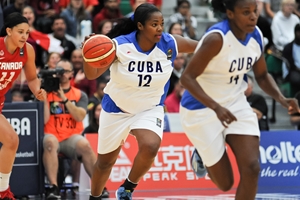