It's already an honor and privilege to represent one's country in international basketball. The pride in doing so grows exponentially for a basketball player when he or she is selected as the nation's flag bearer at an Olympic Games.

This has happened on numerous occasions over the years. As fans have watched the Opening Ceremonies at Olympic Games and seen the parade of athletes walk along the track, waving to the crowd, they have also witnessed one of the greatest moments in an athlete's life, the opportunity to lead all of a nation's sportsmen and women on a glorious lap in a packed stadium.

Here is a look at some of the most celebrated basketball players who in the last 16 years have proudly headed their country's delegation at the Summer Games. 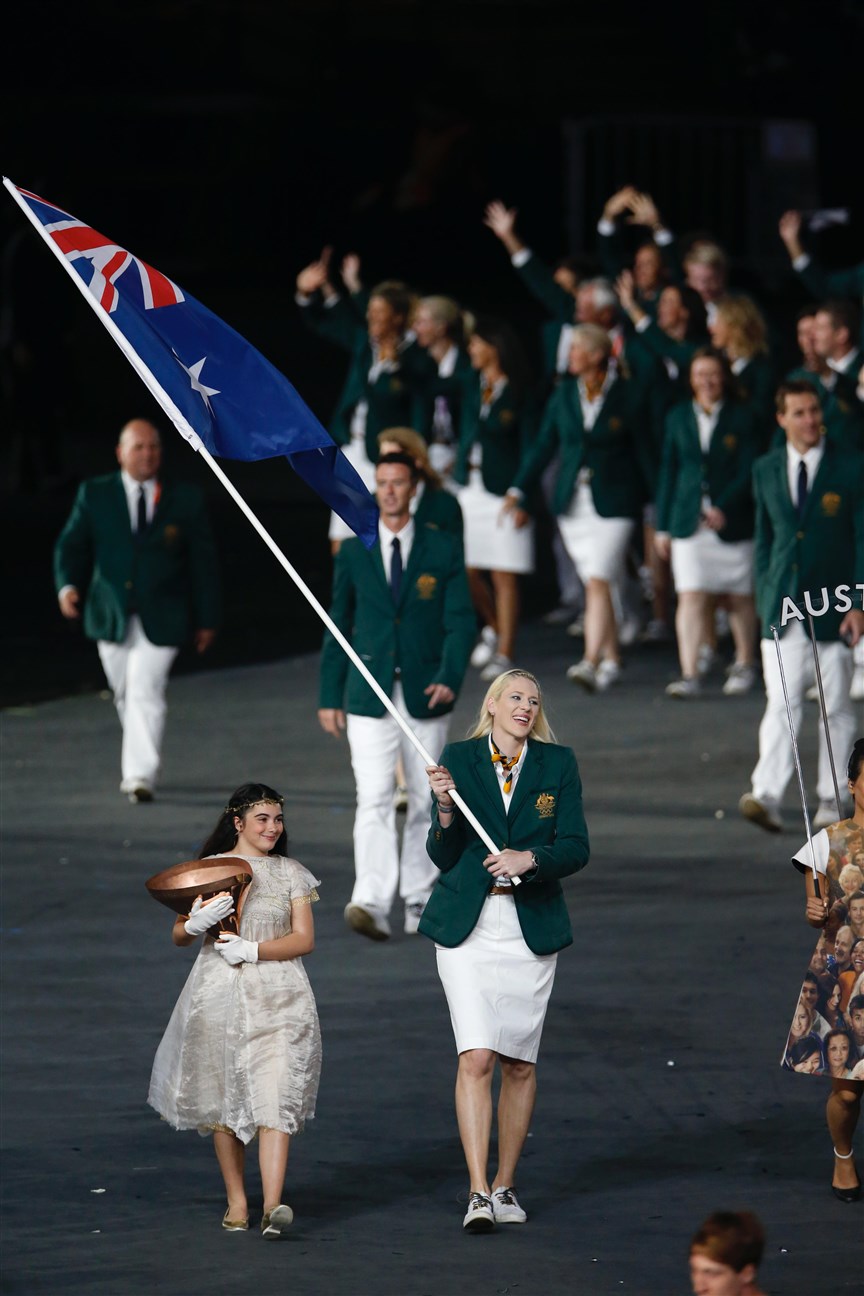 Appearing at her fourth Summer Games, the 2006 FIBA Women's World Champion and superstar of EuroLeague Women, WNBA and WNBL fame, Jackson became the all-time leading scorer at the Olympics. After three straight silver medals at the Olympics, Jackson and the Opals captured bronze in London. 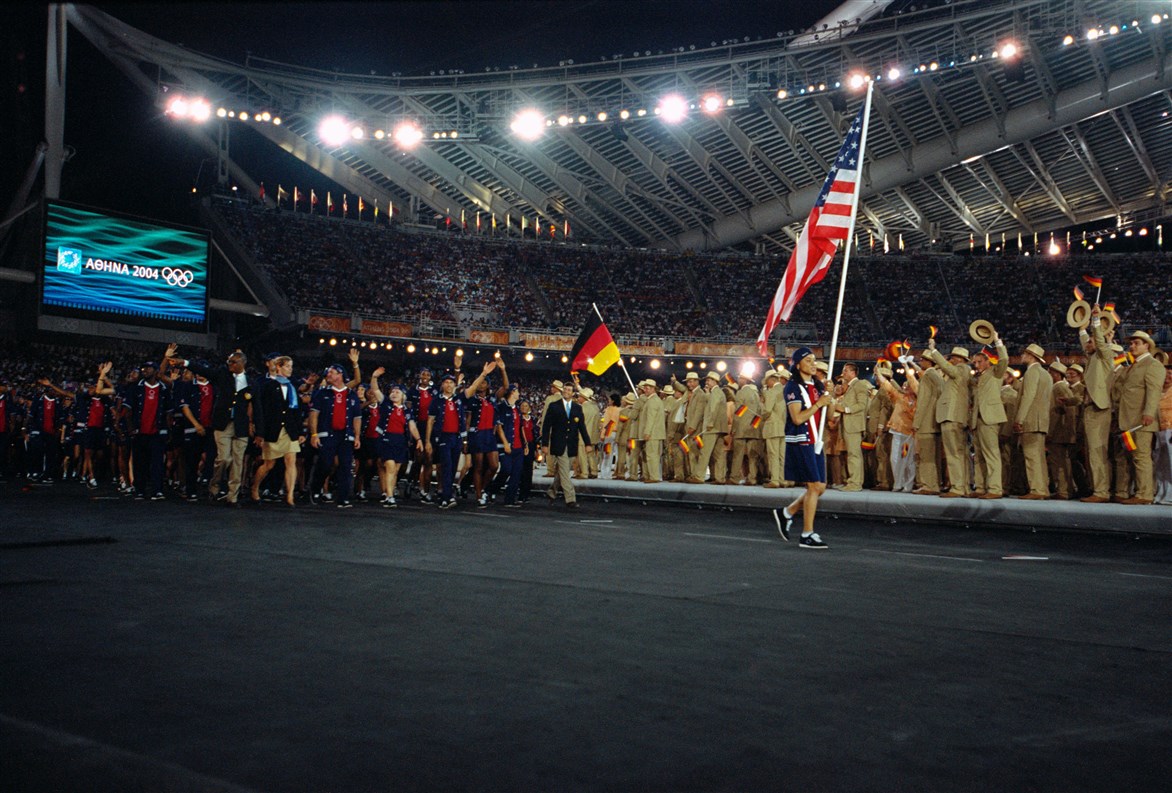 Hailed for her performances on the court and charitable work off it, Staley carried the flag for the United States at her third Olympics. Now an assistant coach for the USA women's national team, she won three gold medals as a player. 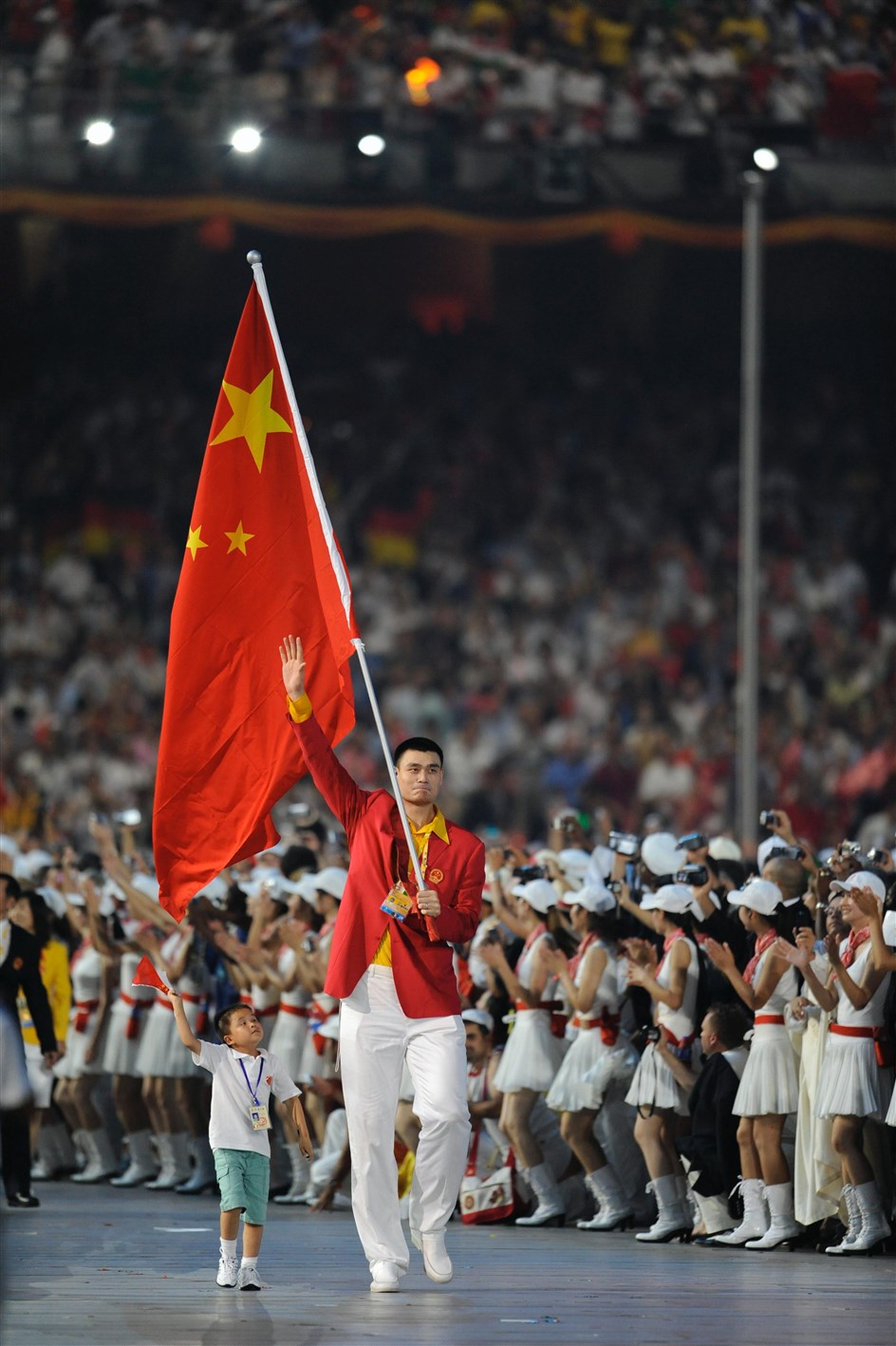 For the second time in his illustrious career, China's most famous athlete and an NBA All-Star had the honor of being the flag bearer for his country at the Olympics. This time, the significance was greater as he had to overcome an injury to make the team and the Games took place in Beijing. The Barcelona-native showed up at his third Olympics as a 2006 FIBA Basketball World Cup MVP, a silver medalist in 2008 and a two-time NBA champion. He would go on to lead his country into the Final again, with the United States denying Spain Olympic gold for the second time in a row. 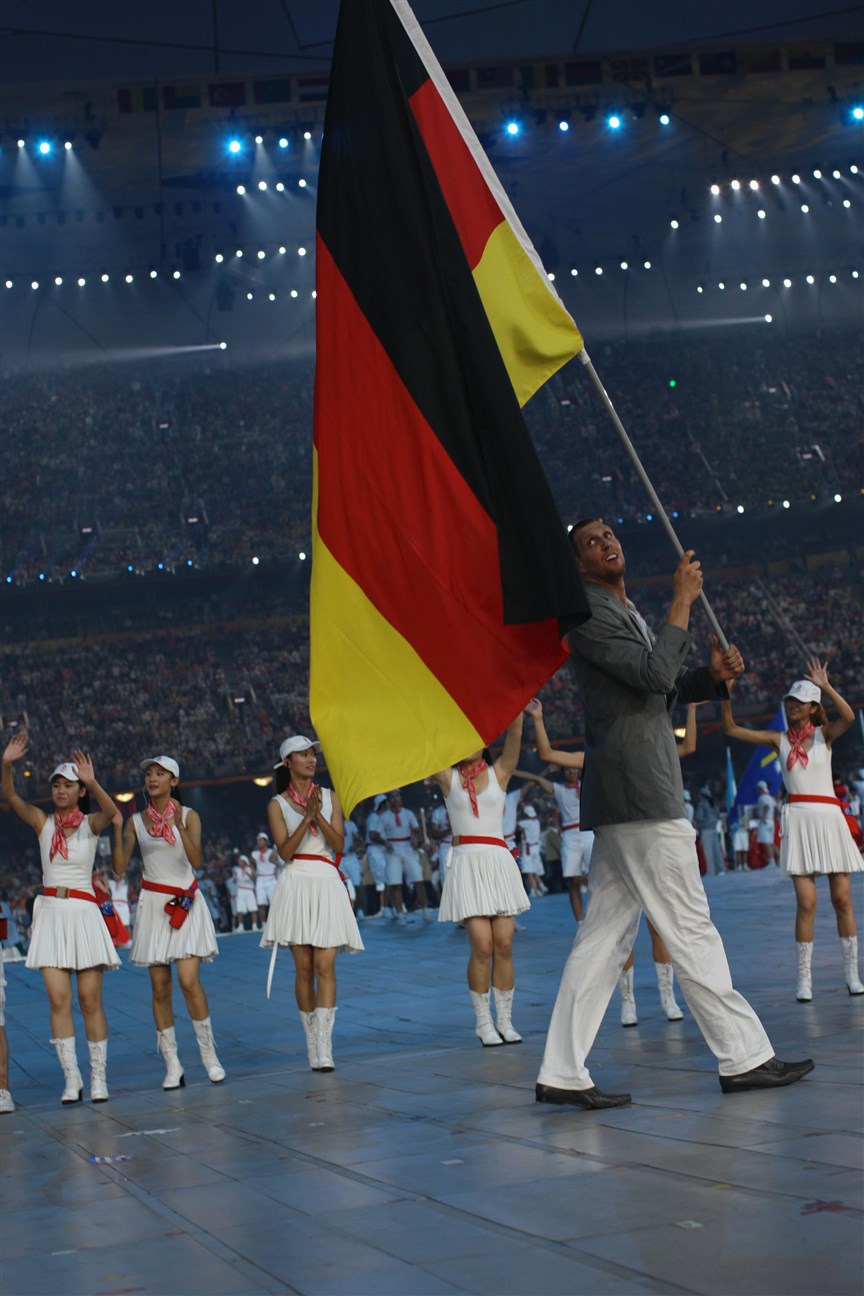 A long-time national team star and EuroBasket 2005 MVP after carrying Germany on his back to the Final, Nowitzki realized his aim of Olympic qualification in 2008 and was bestowed the honor of flag bearer. The NBA's MVP in 2007, Nowitzki relished the opportunity to lead Germany in the Opening Ceremony but the basketball team came up short of the Quarter-Finals after a narrow defeat to China. 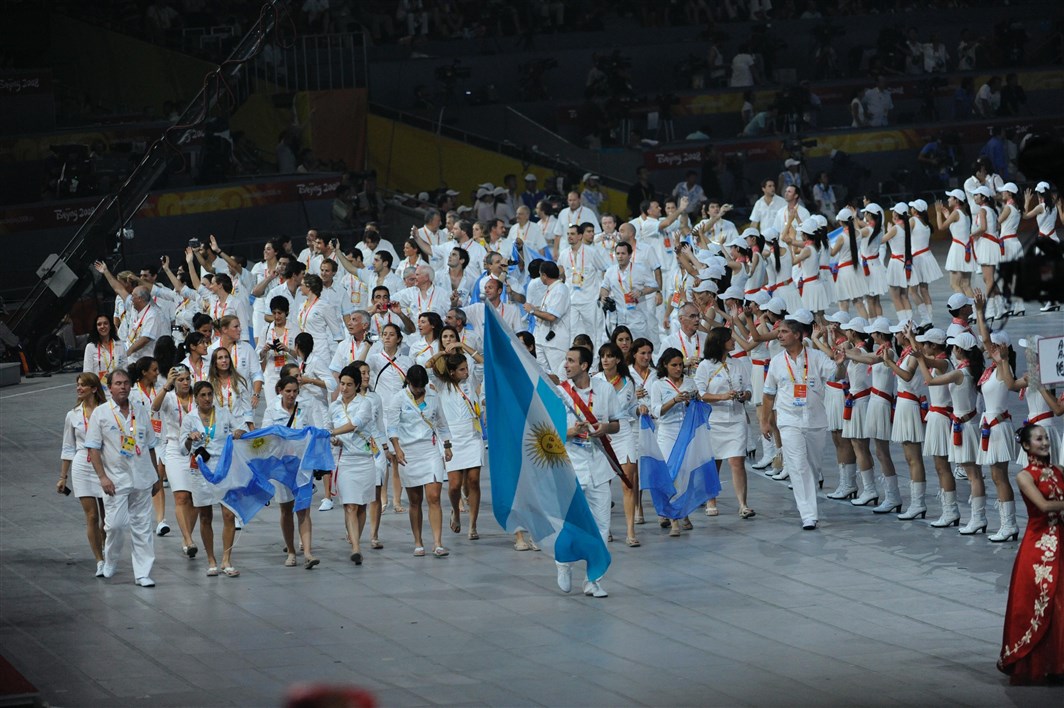 Famous for his four NBA title wins with the San Antonio Spurs, Ginobili's finest hour as a basketball player was arguably in 2004 when he led Argentina to the top of the podium at the Olympics in Greece. Two years before his Athens triumph, Ginobili provided much of the fuel for Argentina's run to the Final of the FIBA Basketball World Cup in Indianapolis. 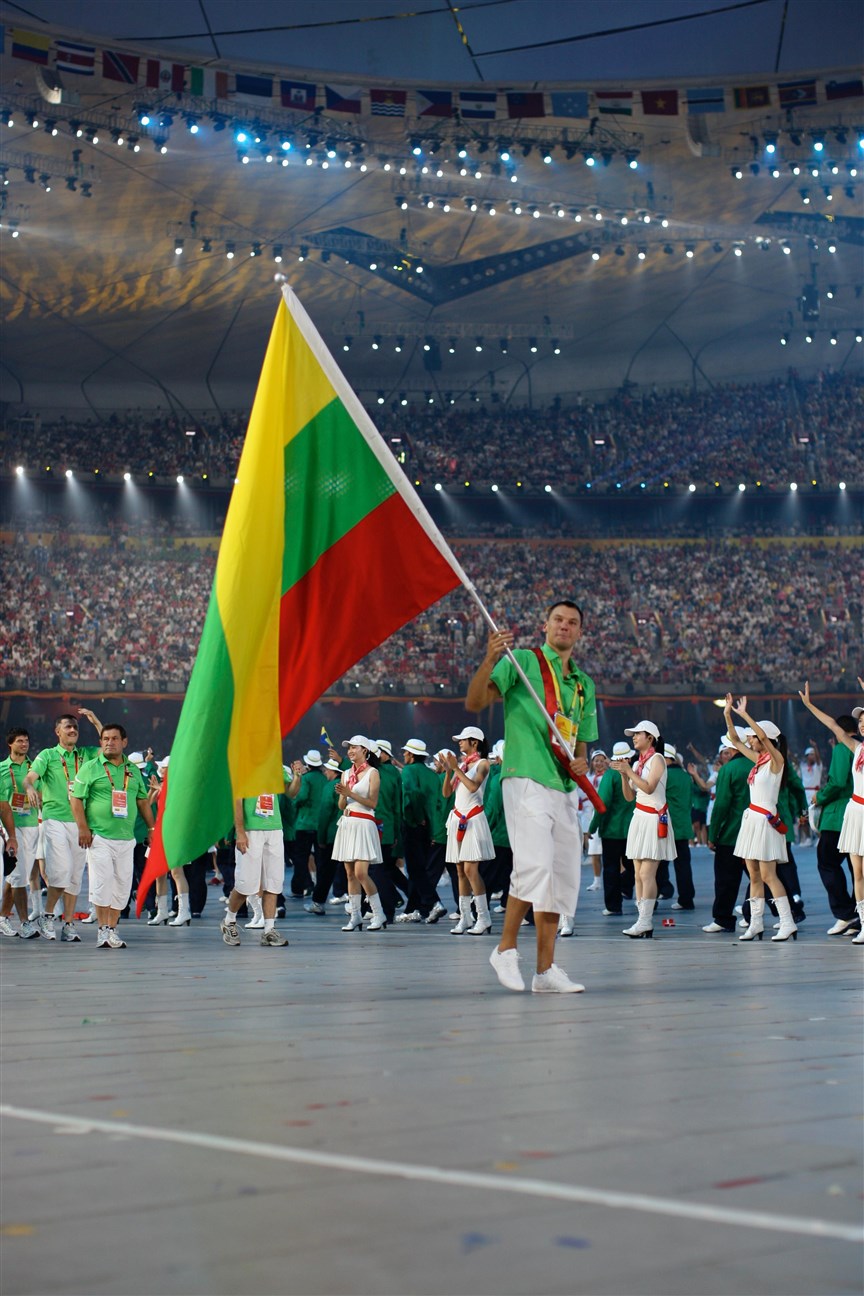 Jasikevicius saved his best for games against the United States, where he played collegiately for Maryland and later briefly in the NBA. The guard exploded for 27 points in a near upset of the USA in the Semi-Finals of the 2000 Olympics and had 28 in a Preliminary Round victory over the Americans four years later in Athens. He was the MVP of EuroBasket 2003 after leading Lithuania to glory in Sweden. 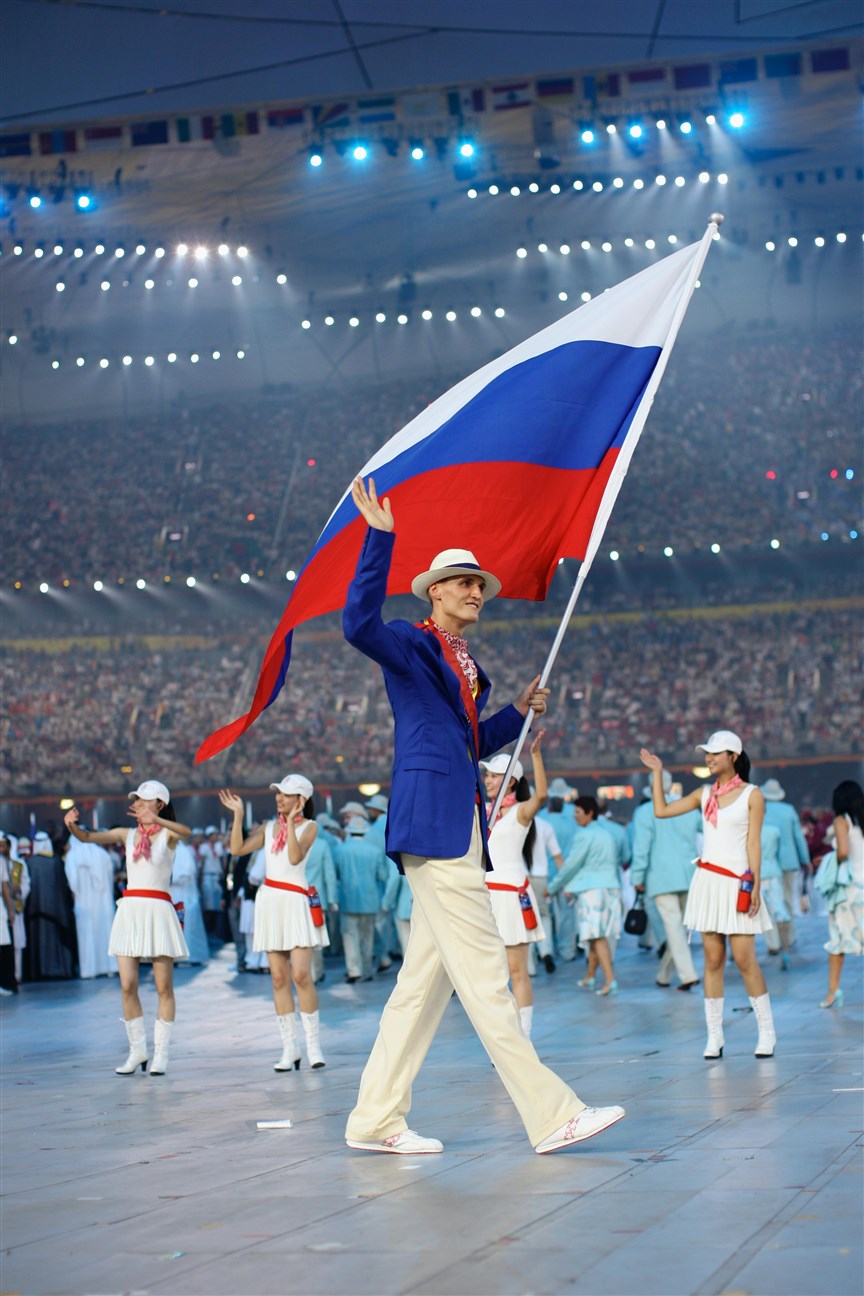 Having made his Olympic debut as a 19-year-old in Sydney, Kirilenko grew in fame with a successful NBA career but his popularity skyrocketed at home and all of Europe after leading his country to the EuroBasket 2007 title and into the Olympics. Kirilenko carried the flag in Beijing and four years later claimed his first Olympic medal when leading Russia past Argentina in the battle for bronze in London. 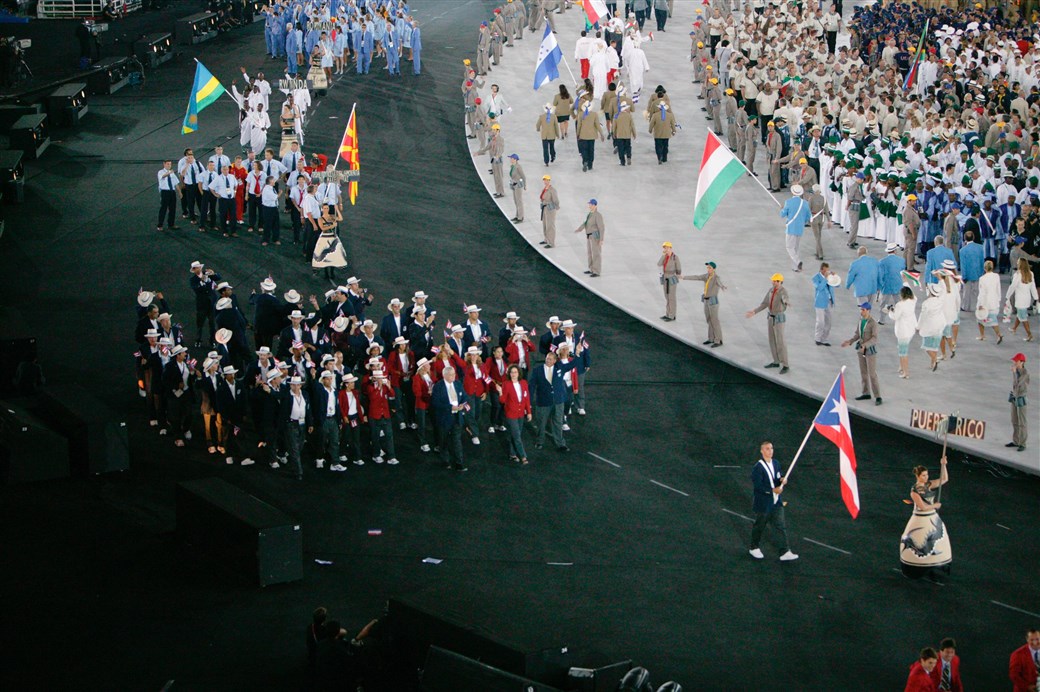 The point guard, who was early in his career and playing in the NBA, had the honor of carrying his nation's flag in his first and only Olympic appearance. He pulled all the right strings with his scoring and playmaking as Puerto Rico shocked the United States on the first day of the tournament, 92-73. 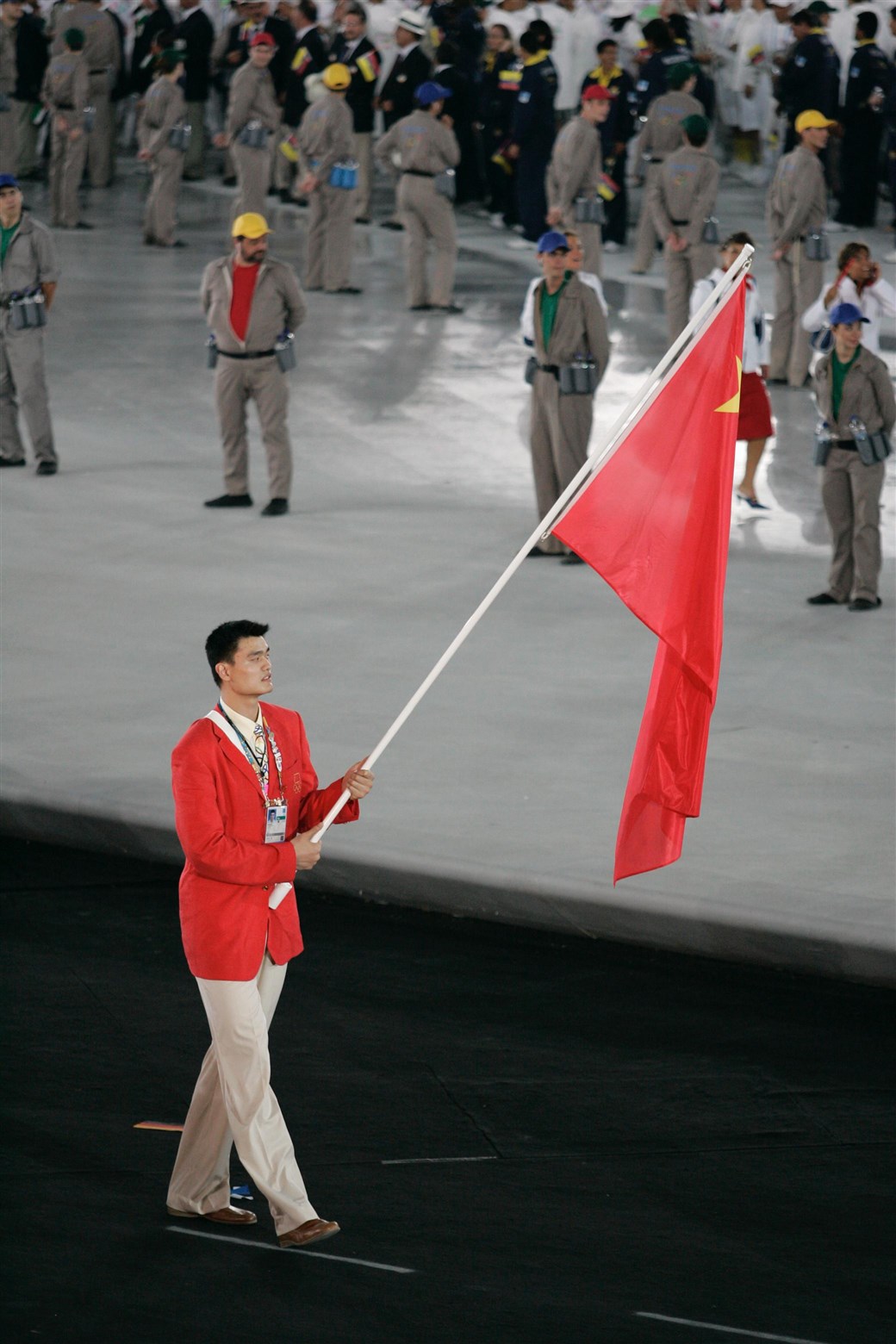 After leading the Chinese delegation during the Opening Ceremony, he then provided much of the inspiration for his country as it made a run to the Quarter-Finals, averaging 20.7 points and 9.3 rebounds per game He famously erupted for 39 points against New Zealand on Day 2 and also had 27 in a win over Serbia and Montenegro that lifted the Chinese into the Last Eight. 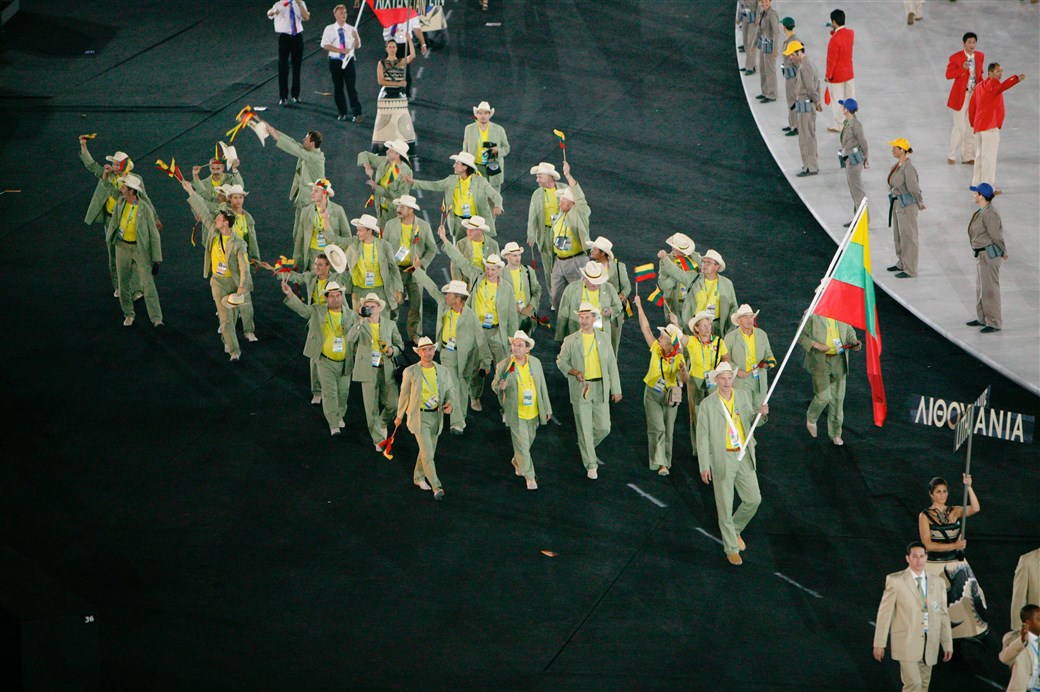 The captain of the national team who had led Lithuania to EuroBasket glory the previous year, Stombergas had famously torched hosts Australia for 28 points in his team's Bronze Medal Game victory at the Olympics four years earlier. 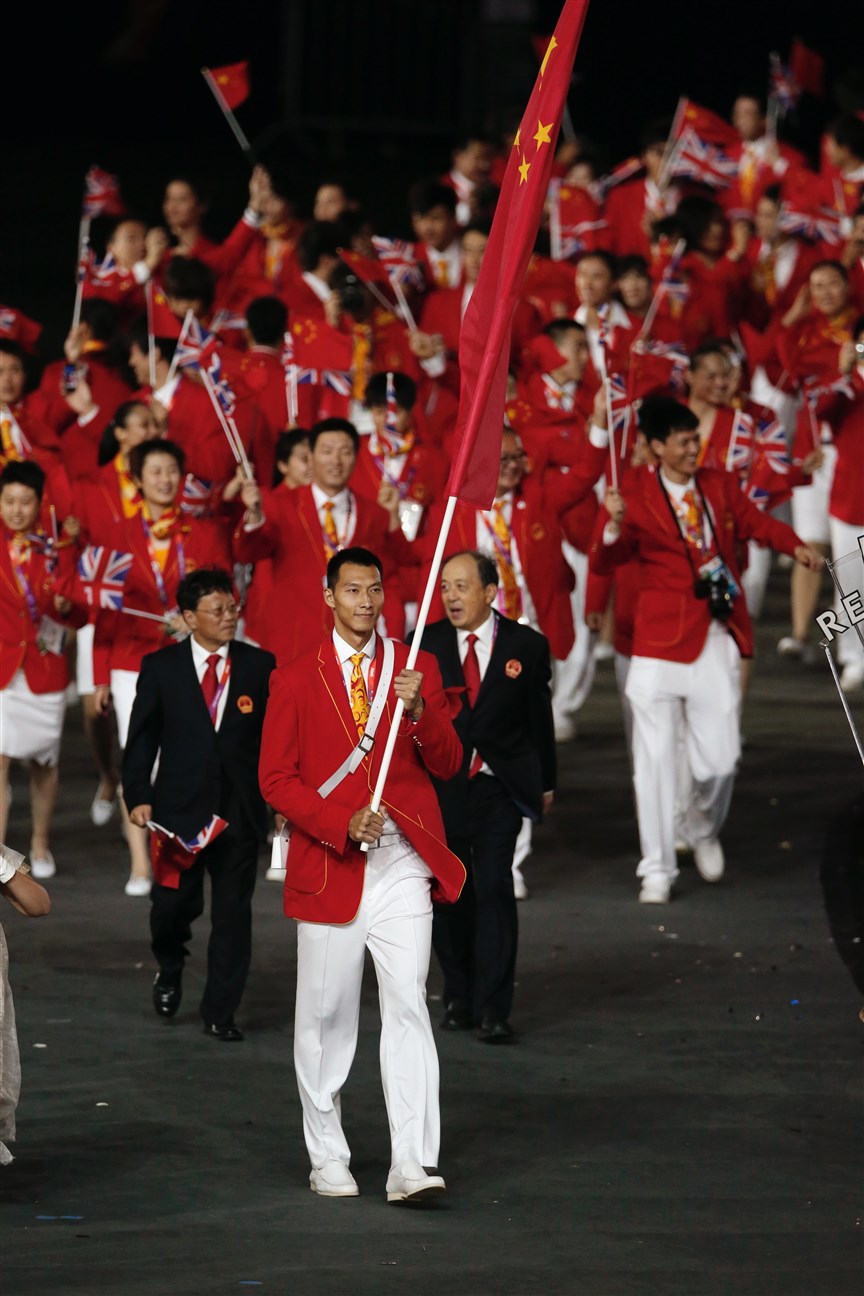 In his third Olympics, the high-flying Yi kept the tradition of basketball players serving as flag bearers alive and well when he was given the honor.

Here are a number of other leading basketball figures who served as flag bearers for their countries.

Playing in his second straight Olympics at the age of 30, China gave the Fujian-born forward the flag for the Opening Ceremony. He was an experienced hand because four years earlier at the Atlanta Games, Liu had also carried the flag.

Bodiroga hit the heights with Yugoslavia in 1998 and 2002 as a leading player in the country's FIBA Basketball World Cup-winning sides. Athens was his third Olympic Games.

The five-time Olympian was a points machine in his long, successful career. The leading scorer in his last Summer Games at 19.9ppg, Gaze has been inducted into the FIBA Hall of Fame. Carrying the flag in front of his compatriots was a major honor

After featuring in the 1996 Atlanta Games, Chung made the roster for Sydney and was made the flagbearer. The 1.85m center was particularly dazzling in the fourth game in Sydney against Russia, scoring 16 points and dishing out 10 assists to lead Korea to a 75-73 victory. The team went on to reach the Semi-Finals before falling in a hardfought encounter with eventual champions USA, 78-65.

After leading Italy to the EuroBasket crown in 1999 in France, a tournament that saw him drill 16 of 37 (43.2 percent) shots from long range, the popular Myers was bequeathed the honor as flagbearer. A tremendous scorer, Myers averaged more than 14ppg in Sydney as Italy reached the Quarter-Finals before falling to Australia.

Thirty-six at the time, Victoriano's fourth Olympics was made all the sweeter when his country made him the flag bearer. The memory that may have stood out the most for the forward, however, was his first Olympics in 1992 because Victoriano played 18 minutes against the USA Dream Team on the opening day of the tournament in Barcelona.

All photos courtesy of the International Olympic Committee (IOC).